We caught up with hotly-tipped York rapper Deeviant ahead of his performance on YO1 Festival’s Aspire TV stage to talk inspirations, local music and big ambitions. 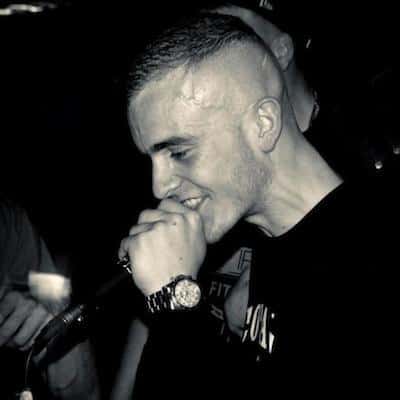 S] You’re a big part of the York scene – what do you think of local music at the minute?

D] “I’ve got some big people next to me: Kritikal, Double Deuce… people are killing it at the moment and I’m looking forward to the future.”

S] What are you biggest inspirations outside of music?

D] “It’s just where I’ve come from, the people I’m with all the time, and their stories as well. It’s not just me, it’s things that I’ve seen, just coming out of my house every day and seeing what the day brings.”

S] What’s in the pipeline for Deeviant?

D] “I’m working on an EP called The Graft Never Stops which is very soon to be released, it’s just in the mastering stages and that’ll be coming out very soon. The tracks are close to me, it feels like a special body of work and it’s my first one as well.”

S] Is there a track on the EP that defines where you are as an artist and musician right now?

D] “There’s one track on there which I really like and it’s called ‘Who You Know’. I mention a lot of people who’ve helped me in my music and everything – it’s the idea of ‘it’s not what you know, it’s who you know’.”

S] What would be your advice to another young artist coming out of a small city like York?

D] “I’d say stay true and just do you. Rap about stuff that you see and be different to everybody else. If you come from a farm or anything like that you can still do it – anyone can do it. Just believe in yourself and stay true.”

S] How did you start out – what was the main motivation?

D] I was messing around with music at the beginning when I was about 14. It came to me when my Pops died when I was 15, ‘cause he was pushing me as well – he liked hip-hop and everything and he was the one who bought me my first Snoop Dogg CD back in the day. When he passed I was like “I’m off to do this and it’s for you”, and I feel like he’s looking over me and saying ‘Keep pushing’.”

S] What are your hopes for the future of Aspire TV and the whole movement it’s a part of?

S] Finally, have you got a message for your fans reading this?

D] “Keep supporting me people – if you love me, I love you!”