In our next artist spotlight, we chat to Christopher Bono of Ghost Against Ghost about his latest music and inspirations. 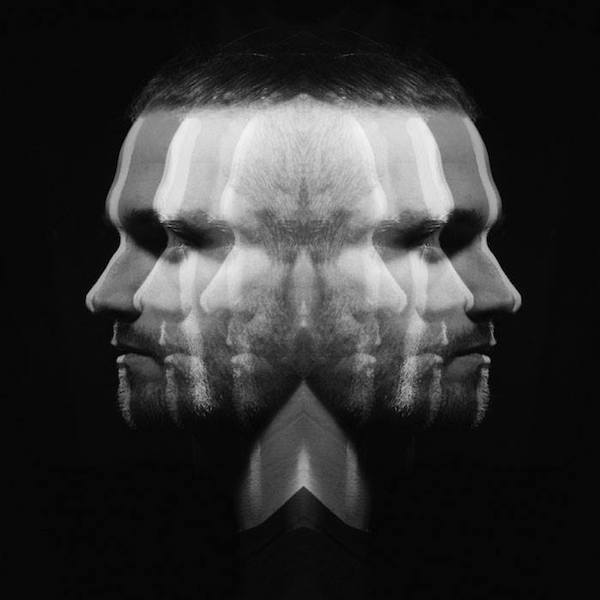 S] Talk us through your inspirations outside of music, think people and places?

The material for Ghost Against Ghost has been primarily derived from reflections on the paradigm shifts of personal relationships and social or political development. Looking back in time, I can see how my love for epics, sci-fi, and a yearning for higher perceptions have altered the project. Certain songs/pieces have deep cultural influence; the next record, I’m currently working on, was largely written while traveling Europe and incorporates strange song titles in different languages to highlight memorable moments of inspiration.

Though I’m an admirer of minimalism, more so with seasoned age, I find a personal connection with visual artists such as John Martin, J.M.W. Turner, Francis Bacon, Dali, and William Blake and film makers such as Darren Aronofsky and Alejandro Jodorowsky. From a literary side, the early part of Ghost Against Ghost was greatly motivated by Tolstoy’s late writings, Buddhist and Yogic thought (from where the name derived), Aldous Huxley, Yevgeny Zamyatin, and George Orwell. The dystopian influence, like most prog rock lovers, was there from the start. The first, yet unfinished, Ghost Against Ghost record was about a dystopian fascist state on the cusp of robot consciousness. After working on the project for two years, around 2007-2009, I felt (albeit naively) with the election of Obama, perhaps the story had no relevance anymore. Little did I know the horror show we’d be swimming in eight years later. I now have a pressing impulse to get back in the studio and finish the piece.

S] What was it like collaborating with Thomas Pridgen [The Mars Volta, Trash Talk] on the record?

Thomas and I had been discussing working on an experimental project together for some time, and after I settled on using heavy acoustic drums on the new material, I called him up.

Fortunately, he was into it and available having just gotten off the road with Suicidal Tendencies. I’ve seen a good deal of great drummers in my life, but I’ve never seen anyone with the ferocious agility of Thomas. He has the technical chops of a Tony Williams but the power of a heavy rock or metal drummer. Sitting 9 ft in front of him for days as a producer, guiding him through the tracks, and watching him play in this crazy acrobatic style was a mind blowing experience, much like watching an olympic athlete competing at the highest level of human capacity.

S] What was a strong highlight of the recording process?

I sketched most of the record in traditional notation. After seven isolated years of studying classical composition, I still find it the best process to develop pure musical ideas without the influence of sonic color. I like to see these early notation sketches as the skeleton of the body of the track. Once the skeleton is in place, it’s much easier to hang cool ornamentation off of this solid frame. Probably the most satisfying period was right after the drums were tracked over the sketches, and I began building up the synth lines from the written parts, primarily using the analog-digital hybrid beast, the Dave Smith Prophet 12 synth. What began as notes on paper was then mutated to homogeneous piano sounds as a reference, and finally began to breathe a thick analog life as the synth arrangements led to a new dimension of sound. Early in my writing process, there’s always a sphere of worry circulating in my mind, concerned that the ideas won’t work. When those early “designs” begin to fill out with the flesh and hair of musical character, in floods a sense of relief, and the wonderment of how I ever even got there.

S] What about some of the challenges?

Writing and producing always oscillates between elation and pain. The initial impulses and inspirations are euphoric, but the laborious technical process needed to realize and flush out my material requires a zen patience that my chaotic mind is always rebelling against. I used this album as my “therapy” for a traumatic experience; while those around me involved in the trauma were going regularly to therapy sessions, I was locking myself in the studio channeling my sadness, thoughts, and frustrations into this work. It seems to have become a common theme in my life. I’m really hoping to do a “rainbow and butterflies” children’s album all in Major keys at some point soon.

S] Talk us through the ideas behind producing two versions of the album?

It is the same production but two different masters. As a producer and head of a small label, this stems from trying to figure out how to exist in a world where it has become the standard to slam recording levels at max volume in order to “compete” with one another. Commercial speakers, particularly on computers and personal devices, have very low amplification, so in order to “hear” the quietest moments of a record, you have to boost these quiet areas to undesirable levels. The drawback of this technique is you lose a prime dimension of music itself, dynamics, one component of an emotional reaction to music. If you notice, the greatest classical albums and even pre-80s records, were much quieter in comparison to today’s standards, and because of the wide dynamics of the Ghost Against Ghost material, the “audiophile” version was actually how I mixed the album. In my humble opinion, the key to getting the full experience here is to find a good set of speakers or headphones with good amplification and crank them up to a safe but immersive level.

S] What about the track ‘Resume’ – what ideas went into that?

The album itself is a very personal, conceptual narrative. Unfortunately, I can’t go into details for these reasons, but conceptually the track explores the dissolution of marriage, the nostalgia of remembering the “when we were young days”, and the mental and physical difficulty of ageing on a person and a relationship in a society where youth is worshiped as the ideal. Musically, the motive you hear in the first line of the first verse in the vocal was the seed theme that was used throughout the track; from the spacey blade-runner beginning to the psycho-disco ending, this theme is recycled throughout.