Representing grunge girl-power, Soundsphere have a chat with Hannah Golightly about performing and her plans for 2017. 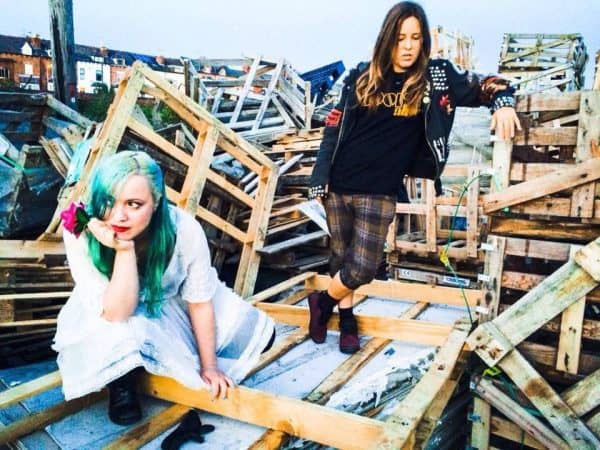 S] How would you describe your music?

H] “I guess it’s kind of a form of DIY punk, that probably loosely counts as Riot Grrrl music, sort of with a feminist undertone to it.”

S: What venues in Chester do you play? How do you think that the music scene has progressed here?

H] “Actually mostly at open mic nights at the moment and we’ve played on Flipside Radio. I’ve played in The Lock Keeper, I did a gig there in June and Sandbach which isn’t too far away and the next gig that we’re doing is in Leeds. I think Chester is quite small, it’s centered around more open mics and gigs as far I’m really aware. There are a lot of musicians here, but I used to live in Liverpool, it’s not like Liverpool or Manchester. It doesn’t have a rehearsal room so we have to rehearse in our lounge!”

S] You were a solo artist and now you are Hannah Go Lightly’s Imaginary Band, how do you find the transition between being a solo artist to being in a band?

H] “You’re the first person to get it right! Usually we get introduced as ‘The Invisible Band!’ It’s been quite an easy transition really, mostly because my drummer Putz just fits in very well with what I’ve already been doing. She just kind of amps it up a bit more by adding in drums.”

S] Your quote, “The only thing I do in my kitchen is gig, fuck the cooker and fuck the sink. Go and make your own sandwich motherfucker!” where did that come from and what is the meaning behind it?!

H] “I actually used to be in a band called The Hannahs, we never got beyond playing in our garage, it was a bit more punk and rowdy than what I’m doing now, but quite similar. We had a song called ‘Kitchen Sink’ and that was the lyrics of the song really, but it’s sort of the concept when someone says: ‘Get your bitch ass back in the kitchen and make me a sandwich,’ and it’s like ‘NO!’”

S: How do you feel that females are represented in the music industry? Are there any female artists that you look up to?

H] “Well usually they’re sexualised, which the men are as well. But it seems to be more so with women often behind the scenes or within the industry, women can get patronised by like soundmen, or by guys who are around their rehearsal studios (not that I have one at the moment!). But I mean, I think it’s improving, as generations move on, it tends to be the older guys in the music industry that tend to be a bit more sexist but not always. I idolised Courtney Love and Hole growing up, they’re the first band that made me realise that women can actually play guitar and be in a rock band. Now at the moment I quite look up to these girls who are a lot younger than me which is kind of an odd idea for me, but they’re called Skating Polly. I just think they’re amazing, and they’re a grunge duo from America. I played with them down in Cardiff earlier in the year which was a dream come true.”

S] How nerve-wrecking was it playing in front of one of your favourite artists?

H] “Well I was doing EFT which is Emotional Freedom Tapping, to calm my nerves! But Kelli Mayo from Skating Polly was just like ‘You don’t have to be nervous, we’ve heard your music, we like it!’ That was amazing.” 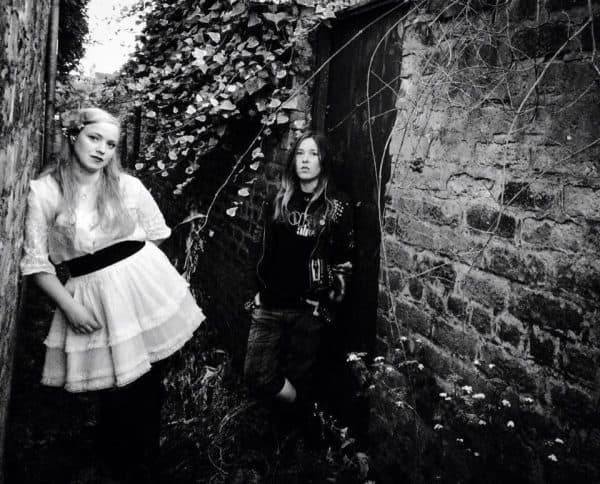 S] Do you feel that you as a person and as a musician have developed over the years?

H] “Both really. When I started out I was a drummer in some bands in Manchester and Liverpool, and in one, basically the lead singer took over my band and more or less kicked me out. And then I just kind of reacted to that by becoming a solo-artist, because I’ve been playing guitar for years too. But basically when I began I was making all these strange tunings, my friend came round and tuned my guitar into these funny Sonic Youth-inspired tunings, I couldn’t even do them now, so I can’t even play my first album! So I’ve just sort of made up all these weird very unrefined songs and then I think I used to be a bit more poetic with my lyrics, maybe I should bring that back because I go a bit more direct now. So quite structured songs and quite simple, I quite like the simplicity of them, a bit like the structure of a Beatles song to be quite simple in a sense but genius! Not calling myself a genius though!”

S: Where do you tend to find your inspiration for writing songs?

H: “I write about things that I love and things that piss me off. Basically, if somebody upsets me my reaction is usually to walk away from them and write a song about my feelings. But also if I get a crush on someone I’d probably write a song about that as well, because I’m not necessarily telling the person. So whatever I feel I can’t say (I’m a bit of a talker) which is what I tend to write about, but in terms of music it’s influenced by grunge and Shoegaze, Mazzi Star, Hole and Nirvana, but I actually sound more like Young Marble Giants!”

H] “It’s been a year of death… I’ve lost four friends, one of them was a big supporter of my music Toby Goodwin, he was a local music blogger, his blog was Music, Gigs and Things, so that’s been difficult. I only knew him about six months but we had got quite close. It’s been a lot of highs and lows, I promoted my first gig in Chester, at The Lock Keeper. I made a Riot Grrrl night, so big female-dominated bands, got them from Coventry and Bath, and out of town bands like The Empty Page, and brought them all down to Chester. It gave them [Chester] a bit of a treat, because we’re all used to the same artists around here!”

H] “I think it’s probably time to make a studio album! I’m more of a DIY recorder as well so I just record at home, although my hard drive died this year and took with it over ten years worth of recordings! In February I should be getting involved with Wrexfest in Wrexham, and playing there and helping other women play there as well, and that’s probably all I can really say for now.”

S: Who are some of your favourite local artists?