In our next artist spotlight we talk to Mindless Self Indulgence’s Jimmy Urine on his role in Guardians Of The Galaxy, his new solo The Secret Cinematic Sounds of Jimmy Urine record, inspirations and more. 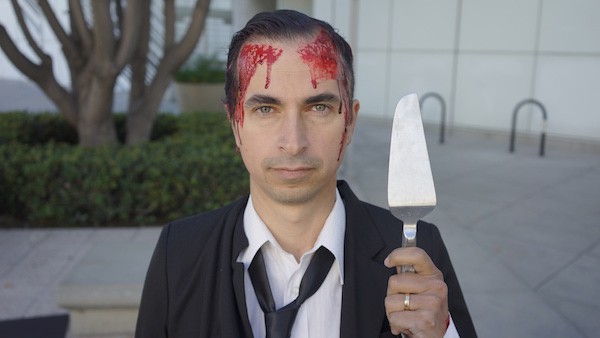 S] Talk us through The Cinematic Sounds, and what inspired you to pull all that together?

Well, I had done a lot of composing work and the one thing I noticed when people approached me was that they had no idea I did composing work. They usually came to me wanting to license a Mindless Self Indulgence track and I would be like “Hey, I could do your whole soundtrack or write you something from scratch” and they would be like “What?! YOU DO THAT??!”. So the record is a half look at what other styles I do and half is some of what I have done already.

S] How do you look at Mindless Self Indulgence’s legacy at this point?

I really notice it a lot. Especially when I meet young bands or hear rumors that pop stars are somehow influenced by us. I have met tons of people I never in a million years would have thought had even heard of Mindless Self Indulgence, and then I find out they used to come to shows religiously. It is fucking crazy.

S] How was it for you being a part of the Guardians of The Galaxy crew?

First off, I want to thank James Gunn for making me officially part of the Marvel Cinematic Universe. That is a childhood dream come true to be in that universe. Making the movie was fun as fuck because I knew a lot of the cast and crew from just hanging out in Los Angeles. So it was like a super-chill hang out. It was a big, BIG shoot. Huge sets and tons of extras. But it felt just like doing a live show for me. Best time ever. Ravagers in the house!!!

S] What are your greatest inspirations outside of music at the moment – think people, places and such?

Give me back my time!