By Dom Smith May 4, 2017 Artist, Spotlight
No Comments

In our latest artist spotlight, we chat to Hull-hip-hop artist, Marx about new music and more. 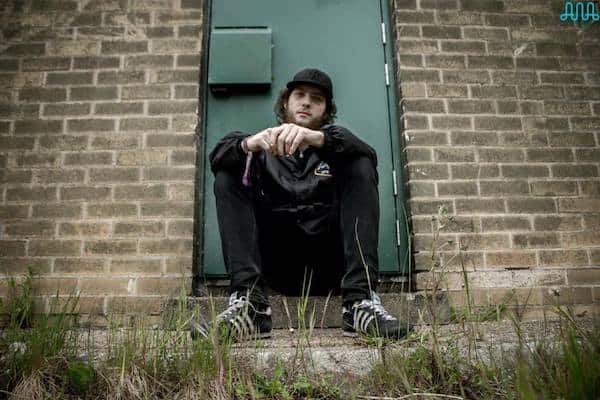 S] How do you feel about the reception to the EP?

I’ve been quite pleased by the reception so far, I still feel as though it’s being somewhat slept on, but I have got rid of all the physical copies and earned quite a bit from downloads despite it being available for free, so I’m pleased about that. Not only do people seem to enjoy the music, they ‘get it’ too, for lack of a better term.

S] What’s inspiring you outside of music, think people and places?

I know it’s such a vague response, but everything inspires me in some way. Sometimes I won’t write anything for weeks and then when I get to my desk I’ll have a song done in five minutes flat, and the slightest little thing can trigger it. Just recently I had a thought about being on a bus which inspired a full song, just from one line about sitting on a bus, so it really can be anything. My hometown and my friends always inspire me massively because they’ve made me who I am today and they’re always so supportive, that’s why they’re mentioned in so many songs. Suicidal Sundays is about how daft you act on a night out and how awful you feel on the subsequent hangover, it’s a story everyone can relate to, especially them since they lived it with me. Shout out to the Mucky Pups for real.

Tiring! I’ve just done 12 shows in the past month and still got another 7 to go in May so I’m not stopping anytime soon. I’ve been all over the UK and sold out of all my merch on this tour so I’d say it’s been a success. I think I need to get back in my girlfriend’s good books though, she’s not too pleased with me gone all the time.

S] How do you like touring by yourself as an artist?

It’s so much better than touring with a band, and I say that with total respect to my previous outfits. It’s cheaper and I don’t have to worry about anybody else’s schedules or commitments, but being on a train most of your life does get boring. I’ve been able to play more places since being solo and I’ve played with some legendary acts. This month alone I’m supporting Madchild, Richie Branson and Mega Ran, as well as two shows in London and Manchester with Donald D. I grew up listening to Ice-T’s records so that’s unbelievable for me.

S] What are your biggest challenges as an artist?

Writing hooks, I hate it. That and knowing when the point has been articulated without it needing anything else. The new material I’m coming up with is much more subject-driven, as opposed to just braggadocio rap, so knowing when to just stop and not add anything else to get the point across is something I sometimes struggle with.

S] What are your goals for the rest of the year?

More tours and a new album. I’ve got the new record fully written, a title sorted and I’ve got an artist from Hull called Faye working on the artwork already. I think I’ll probably put that out towards the end of the year, maybe the beginning of 2018. Until then I’m always gonna be on the road, writing music and trying to fit life in between. No rest for the wicked.