Obviously, we’re really lucky at Soundsphere to speak to many wonderful creatives and musicians – to spotlight cool talent, and hopefully give it a leg-up, so to speak – one of our favourite bands from the last seven years (yeah man, we’ve been going that long!) is/was Japanese Voyeurs, a band fronted by musician-turned-artist Romily Alice. Long story short, We thought it was probably time to catch up with Romily, to talk life post-JV, art and inspirations. Dig it. 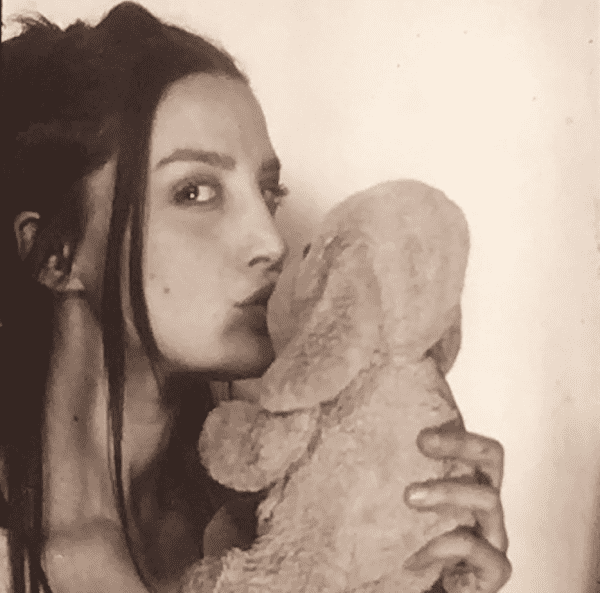 S] Hey Romily, what are you working on today?

Hi! At the moment I’m working on a couple of different neon projects so I’m in the studio working in the fires most days.

S] What’ve you got planned for the rest of the year?

I’m going to Japan this summer which will be awesome and I’m hoping super-inspirational. There’s so much fascinating stuff that comes out of Japan culturally and visually and their neon is second to none. I’m also excited about getting drunk and doing karaoke. I’ve got some cool stuff in the works with After School Club, a new art collective that I’m setting up with a friend, and Paint By Number the magazine I (co) edit will have it’s third issue coming out in September.

S] Talk us through what inspires your art, outside of art – think movies, places or people for example?

Actually I’d say the majority of my inspiration comes from outside of the fine art world, movies are a definite yes, sometimes a film has this perfect aesthetic that totally encapsulates a feeling, attitude or outlook that I want to talk about. Gummo is 100% one of those films for me – Harmony Korine is such a hero – he’s so prolific both as a film-maker and a writer / artist. I love that, when someone just creates in whatever medium feels appropriate without trying to be one singular thing. Kathleen Hanna, she’s incredible – I loved The Punk Singer, that was super inspirational in terms of her work ethic, feminism and determination. 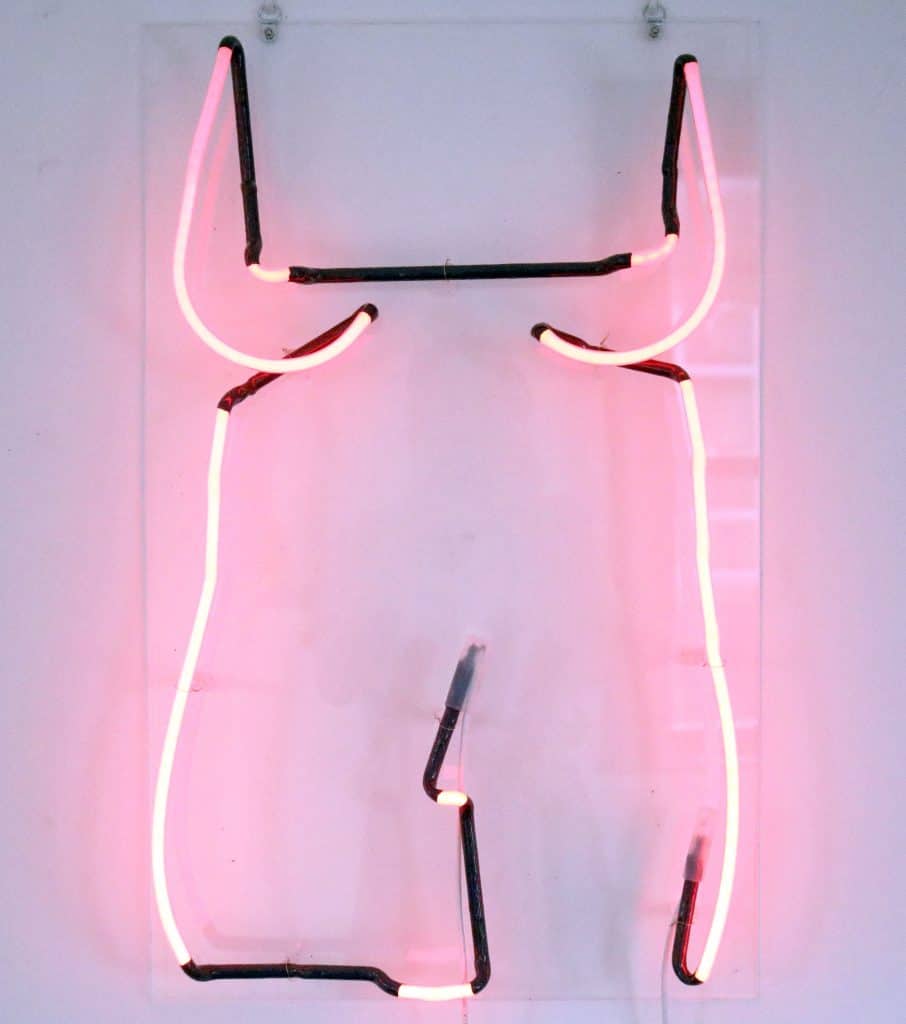 I’m big into zines at the moment, there’s a real surge in independent self-funded publishing and it means a lot of exciting artists, writers and creators are getting their work seen in a beautiful physical way. See Hate Zine and Girls / Club. PJ Harvey is a given…

I love old signage and follow a lot of insta accounts that document signage that’s defunct and forgotten; there’s actually a museum in LA called The Neon Museum who’ve been collecting and rescuing signs for decades, they display them in what’s called the Neon Boneyard (awesome,) I’d love to go there.

S] What ideas prompted your exploration into the inevitable disillusionment of adulthood?

I guess feeling disillusioned! I think there’s a lot of interesting and fucked up stuff going on in the way that we as a culture portray growing up, idolise childhood, worship celebrity, quantify success in terms of financial gain. I think the process of moving from adolescence into adulthood and trying to figure your life out is a really challenging one; there can be this expectation that you should know exactly what you’re doing and be on a career path by the time you hit your 20s and a lot of people can end up feeling betrayed, confused, less than, like a failure. if they don’t have it all figured out by then. I think its important to talk about this stuff cause a lot of people are going through it but there’s still a huge stigma around vulnerability and mental health in our culture.

S] What materials do you enjoy using the most, and why?

I love working with neon – I started learning at Neon Workshops in Wakefield; they’re the only neon school still operating in the UK and Rich who runs it is a brilliant artist. I did a one-day course there and then studied more with Thomas Wendler in Berlin. Glass bending is a good old fashioned skill – you start with hollow tubes of glass and heat sections to molten in order to form a bend. Each bend is formed separately so it’s time consuming and unforgiving. The sections of glass then get electroded and filled with rare gases: neon, argon, xenon, and then they’re attached to transformers and turned on. It doesn’t matter how many times the physics of it gets explained to me, I still think that it’s magic. 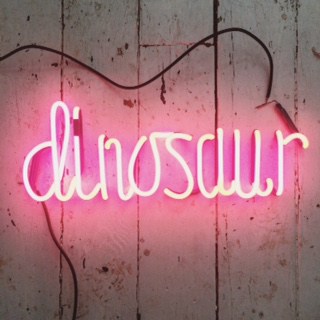 S] How do you look back on your time in Japanese Voyeurs?

Very happily! The more time that’s gone on the more I like thinking about it. When the boys and I get together we like to reminisce, there are definitely some stand out moments of being absolute idiot kids, and some ridiculous things we got to do. I feel super-lucky to have got to be in an awesome band with my best mates for so many years.

S] Is there anything you miss about working in the music industry?

I can miss the camaraderie for sure, being around a whole team of people all the time was amazing, we were really lucky to work with some incredible humans over the years.

S] Talk us through the transition between music and art?

I was a bit lost when JV stopped, after being in a band for seven or so years I suddenly had 0 cash and 0 qualifications. I had been making guitar pedals for a while and so decided to go and study electrical engineering – I wanted to use it to make cool stuff and also have some security but in the end it was all geared toward working for high-power super companies and I hated it.

After that I decided to go back to studying and do Fine Art, I’d never been to uni cause of the band so it felt like a good thing to do and a way to buy myself three years to figure out what the fuck I’m doing. I’ve always made stuff and never thought of myself as a musician really, as much as a creative person so the move from music to art didn’t feel like a big one to me. I’d definitely love to do music again, I don’t see it as a finished thing, I’m just really enjoying making art at the moment.

S] What have been some of the biggest challenges for you as an artist over the last few years?

Probably watching a lot of my friends get careers and start being serious and growing up and thinking what the fuck am I doing?!!

S] What about a cool career defining moment – one for music, and one for your art?

Erm, music wise, going to Canada and recording with Garth [Richardson]. He is such a cool and brilliant man, and we all felt so fired up to be working with him.

I’m not sure about career defining for my art, but there have been some definitive moments for my work – when I first went on that neon course was a huge one for me, I knew I’d found my material. Then setting up my own bending studio a few months ago is another one – that gives me the freedom to make work on my own schedule which is super exciting. Also starting Paint By Number magazine with four friends has been really important for me as it helps me to stay excited about the art scene and also means I’m part of a team again – working on your own can be lonely so that’s been really important for me.

S] We work and support a lot of artists in smaller areas like Hull, Leeds and Sheffield for example – what advice would you have for artists working out of smaller areas, and creative-types in general looking for success?

Surround yourself with other creative people, look at how they manage having a work life and a creative life, use your time wisely, use the internet to your advantage, apply to everything and don’t worry if you keep getting nos- laws of probability say that as some point you’ll get a yes!