“People will put you down for one reason and one reason alone – because they can’t fucking do it.” And so begins our fascinating chat with Steve Roberts, former drummer of… well, fuck it, that’ll come clear enough, and damnit, you should know that anyway. 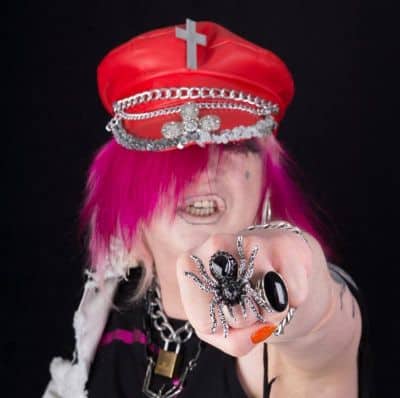 The obvious punk figureheads might all be dead (that’s right, John Lydon does not count) but the genre most certainly isn’t, and the same can be said for its energy, and anger, especially when that anger is filtered through Stevie Ze Suicide. This is a man that many don’t understand, but listen up aspiring musicians and music fans alike! By the end of this, you will want his words and opinions tattooed onto the insides of your eyelids. Tread lightly though, this is gonna get dark.

Let’s start with that. As it turns out, the anger (that many people in York have seen come from Stevie in various forms over the years…) comes from a very understandable albeit dark place, and it’s possible that Stevie’s new album has been a great conduit for it. “It saved me from the park bench.” He says, referring to ‘Dancing With Spiders’. “I just got so distraught about not being in a band anymore, but there was no band I wanted to join. I was the drummer in UK Subs, played on a couple of The Exploited albums, and to work with these kind of bands, it was like being in The Who or something.” Just about, yep. Stevie goes on to explain that unchecked streak of aggression. “Having that kind of energy as a natural resource is a little bit like being sat on a wild horse without a saddle. The second you’re not diverting it you’re lost.” In unremitted agony too, no doubt, which makes sense whether you take it literally or figuratively. “I was on Top of the Pops eleven times, did about five world tours, once with The Ramones. And now they’re all dead. Loads of my friends are dead. Now I’ve ended up in York and there’s just nothing I wanna join. I don’t wanna be in a heavy metal band, because I find it too contrived. I don’t wanna be in an indie band, because they don’t even take their fucking coats off to perform. I’m used to going on stage and causing havoc.” 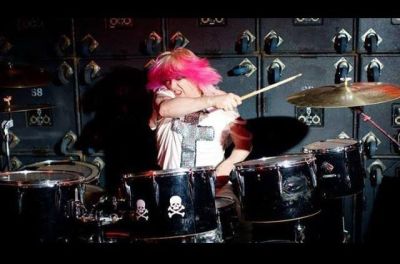 Yorkshire’s “pink punk” moves on to tell us about the processes, both thought related and creative. “I didn’t wanna go back to drumming. But I didn’t expect to get a record deal as a singer, but I’ve become one and been one for the last five years, but doing nothing and getting nowhere, and I didn’t wanna gig for twenty five people who aren’t listening. Then depression set in. I was lying on my settee for months on end, just going down and down and down. Then Trevor [Bolder] rescued me.”

It’d be nice to believe that this has been a bittersweet read so far, but now you need to get the tissues ready. Yes, obviously for tears. “When we started recording it was great. Then it went into a bit of tailspin when Trevor died. We only had one track left to record.”

R.IP Trevor Bolder (pictured below), you legend. On that note, let’s cheer the place up by examining Stevie’s opinion on the UK’s music scene as it stands: “There’s all this trouble with Radio 1, and these horrible DJs who won’t play anyone over twenty, or only play what Simon Cowell’s done. But if you listen to Radio 2, it’s entertaining, mate.” Stevie goes deeper into his thoughts on underground bands, remarking that, “There’s a hell of a lot of great, great bands in York,” but keeping us in mind of the dark side of the coin. “Nowadays, you have to travel a hundred miles and pay for a copped out PA system from a third division rip off twat who’s trying to fill his club on a Saturday night.”

Things get darker still when Stevie recalls a stroll through York that put a lot of his opinions of the music scene into a nutshell. “I walked through town the other week, pissed out of my head. I wanted to die. I nearly…bloomin’…give up. And I went past this pub and there’s this poor fucker singin’. Great musician, great singer. But there’s no one in the pub. And yeah, you get some cash for playin’ a set, but…why? You might as well get a hundred ‘n’ fifty quid for sweeping the streets, because your music’s not gettin’ any further to people in that environment.” 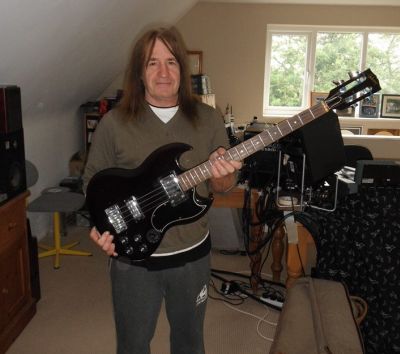 It’s all about perspective, but that can’t really be argued with, but does Stevie have an alternative game plan? His own journey was a radically different one. “I was on the dole doing nothing,” he tells us. “I was in a band called Cyanide and I had nothing. It was 1978, the heyday of punk. The biggest bands were The Damned…the phone went, it was Nick Garratt. I went down to London on the Monday, signed the contract on the Tuesday, and was on Top of the Pops a week that Wednesday.” Jeez, how crazy does that sound now? Ze Suicide goes on to talk some serious truth. “If it was up to that panel of X Factor judges there would be no Bob Dylan, Mick Jagger, Jimi Hendrix, Janice Joplin, or Mama Cast. As an artist now, you need to generate your pain into your product. If you’re chasing a Rolls Royce trying to please the big man in it, you’ll end up running behind it changing your act to suit other people. Stand in one place and get your act together as pure as you can, and one will pick you up, I guarantee.”

He ends with an alternative idea, and a wonderful sentiment. “Go straight to the record stores and play there, bypass the middle men, don’t chase the Rolls Royce, and most importantly of all, don’t listen to other people.”