In our next artist spotlight we talk to the pioneer of #bornrisky, a new kind of pop artist, in Viktoria Modesta. 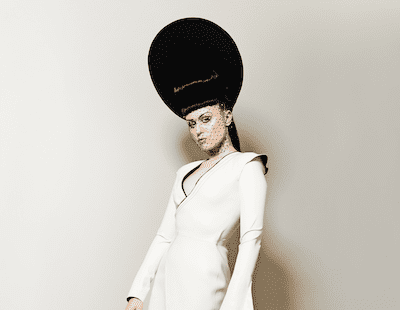 V] “I would say powerful art and imagery, psychology and diversity in people.”

S] How about your biggest musical influences – maybe the top three?

V] “The Prodigy, Eurhythmics and movie soundtracks – but I like all music.”

S] How does your disability affect you in daily life?

V] “It doesn’t anymore, in a negative way. since having the operation to remove my limb, my life improved dramatically.” 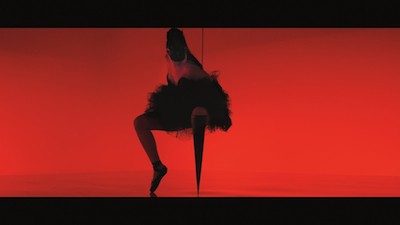 S] How important is your disability to your image – do you want people to focus on it?

V] “I didn’t have the choice when I was little I just had a health problem that I was being judged by, as an adult I made the choice to not let it be a burden over me. I made the decision to seek positive ways it can make my life better. Turning in into a concept and something I can tie in with other creative interests felt like the right thing to do for me. It’s just a part of who I am now. It isn’t a focus but an element of my individuality.”

S] What would be your advice to other emerging musicians with disabilities?

V] “They have the power to change their lives and the way people see them. It starts from their attitude and simply believing in themselves.”

V] “To take all angles of music, visual and performance to another level. Keep it true and meaningful.”

S] Talk us through the direct inspirations behind ‘Prototype’ – where were you when you wrote it, and what experiences inspired it?

V] “I was writing it with [producer] Roy Kerr. We were researching things to do with trans-humanism and post-human concept. Im very fascinated with the next stage of human evolution and the developments with new technology and us humans. After a whole day of research, I was saying out loud all the different words that felt connected. ‘Prototype’ was instantly right. I’m the prototype for Channel 4 and I’m a risk because a TV company never did this kind of thing before, the prototype of the bionic person who has artificial body parts for function, and prototype of a pop media artist that in crude terms could be considered disabled. It’s a very personal song.”

V] “It’s hard to say now when I’m still so young but for the moment, I would like to continue this creative journey hopefully producing some work that can trigger more self-awareness in the world and to inspire a shift for people to focus on accepting themselves and discovering who they truly are as apposed to fighting their differences.”