Band Spotlight – …And The Hangnails

Home » Band Spotlight – …And The Hangnails

In our latest spotlight, Soundsphere magazine has a quick chat to …And The Hangnails‘ Martyn Fillingham about their upcoming third album, ‘Rut’. 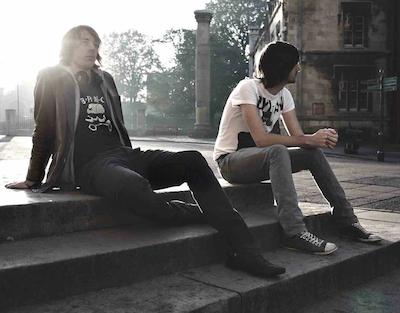 S] In terms of influences, what are the inspirations for this record?

M] “This one definitely had a bit of a nostalgic feel. There were times when I was singing about when I was younger, like 17/18, a more naive time. I felt when I was younger you’re always trying to be older, It’s kind of like reminiscing of a time when you’re living in the moment and not worrying about anything.

A lot of it was written in Melrose Yard and so the first two albums, we wrote it all in the Jam Factory and then we changed studios into a much bigger room that sounded a lot nicer and had a bigger room sound and that definitely inspired how we approached everything. Whilst you’re playing everything sounds different and sounds better and it’s like, ‘shit, that sounds cool’, and rather than being quite as aggressive, we made the most of the space in the room.

I think a lot of the song writing is the same as the first two in the sense that I just write about life experience, thoughts and feelings. And because we write a lot of it all at the same time we don’t really write stuff and then go to the studio, we go to the studio and then just write it and we record everything we do. We’ve still got all the recording sessions from when we wrote the first albums. You can hear us chatting and Steve [Reid, drums] saying, ‘Oh I’m going to try doing this kind of a drum beat!’ and we’ll just play the song pretty much as it is now, there and then, and you’ll hear us pissing ourselves laughing, there’ll at least be a chorus and a full verse and we’ll be like, ‘How the fu** have we done that?’ It is just totally natural and purely in the moment.”

S] Being a two-piece, how do you work together and how has that relationship developed over the years?

M] “When we first started we barely really knew each other at all, we were literally just two guys in two bands trying something new for the first time. One time before we played in the Hangnails, they had a gig in London, Islington Garage, and their guitarist couldn’t make it and I filled in, that was the first time I spent any time with Steve and I remember just chatting to him about the bands he was into and they were kind of the bands I was into but none of those types of bands were playing.

I don’t think it’s drastically changed, it’s just developed naturally, we like spending time together and become better mates, we kind of got to the point where we have a lot of trust in each other musically. Since we recorded the album we’ve not rehearsed for like six months but we can just go to gigs and play it and absolutely smash a gig after not rehearsing and we’re totally confident that we don’t have to rehearse to get it back on.”

S] Who’s producing the album and putting it all together?

M] “Me…mostly. I’ve done all the production on it, we recorded with a guy called Ash Lovelace, for the drums, he’s just a really close friend of ours in Huddersfield, he got us some free studio time in Huddersfield Uni, so we went and recorded the drums for the whole album in a day there and then we did some of the guitars but the guy we were going to get to mix it was no longer available after a couple of months recording with him. So basically had to take the files away and go with another friend of ours who turns out to be an incredible engineer and mixer.”