19ninetynine is an industrial band with big ideas. Their sound melds guitars with a dark electronic undertone that finds itself somewhere between Depeche Mode and Apoptygma Berzerk. We chat with Chris Wyrd and Andy McBain of the band from Lancaster about their influences and ideas following the release of the latest album, ‘Put Out The Sun‘. 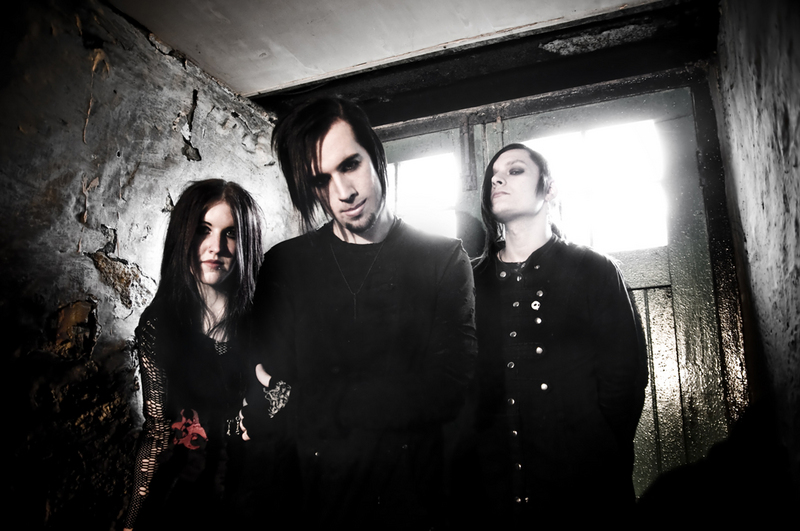 “We naturally fit in with the alternative crowd”

S] How have your goals with the project changed and developed over the years?

Andy] Really, we have the same goals and that is to capture the sound that’s in our head and inflicting it on others. All that’s changed for us is our hair!

Chris] The hair just gets better and better. We’re like an inverse Samson. The goal has always been the same, to make great music. To make the kind of music that we’d like to hear! We’ve only been together for two years, so nothing has really changed that much. If anything, we started the band for fun, but we soon began to take it a little more seriously because everybody liked the music so much!

S] How do you feel about the UK’s goth and industrial scene at the moment?

Andy] We’re in exciting times with some great acts on the rise! Industrial is certainly taking some interesting twists and turns as the outside influences are creeping in and I know not everyone likes the way it’s heading, but evolution is essential.

Chris] I know there’s a lot of division regarding genre and style, but we recently played The Resolution Hotel at the Whitby Goth Weekend, and we went down really well – I hadn’t known what to expect, as I assumed it would be more of a traditional crowd, so I was very pleased to be able to transcend the tedious boundaries of category and just play some music!

S] Do you feel like you fit into that bracket of music now?

Chris] We dress in black and wear eyeliner, of course we’re in that bracket! Nobody actually knows what goth music is, so if you look a bit weird you get put into that category. Which is no bad thing, as that’s where our target audience are. We don’t write love songs, and I don’t think we’ll be appearing on the X-Factor any time soon, so I’m glad to be associated with a culture of people who listen to the kind of music we’re making! That’s not to say we let the genre define us. We just write whatever comes naturally, and we naturally fit in with the alternative crowd.

Andy] I’d say we fit, but only because that bracket encompasses a lot of things. Saying that though, if ‘industrial’ now means gas masks, glowsticks and neon then aesthetically we don’t really fit there. Likewise with the ‘traditional’ stylings of goth. Musically though, we’re borrowing bits from everywhere and the blend that we’re creating is appealing to both sides. You meet those that say ‘Guitars? Why’ and on the other hand, ‘Electronic beats? Why?’, but I guess that’s inevitable.

S] Is there a song from the new album, ‘Put Out The Sun’ that you feel defines the state of your band right now?

Chris] Last night we shot our first music video for ‘iThink‘, the album’s opening track. I’m still on a bit of a high from that, so right now I feel that’s a very defining song. It sums us up lyrically and stylistically, but in most ways the current state of our band is defined by our newer songs, so I would say ‘Terrornation‘. It’s not on ‘Put Out The Sun’, but you can download it from our website!

S] How do you feel the next material will represent the next step in your sonic evolution? 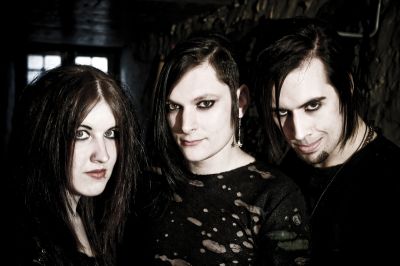 Andy] From a musical and production stand point, I think we’re settling on the grittier, more bassline driven sound which makes up half of ‘Put Out The Sun‘, an album that was an experiment for us so it’s a bit of a stylistic mish-mash. I’m really getting into quirky experimental gear and analogue stuff at the moment, so if I was ‘using’ machines on ‘Put Out The Sun‘, then the new stuff will be more about ‘abusing’ machines! That’s not to say we’re never going to write another ballad though…it’ll just be a distorted ballad.

Chris] From a lyrical perspective, I want to write an album that’s very focused thematically. We’re often described as having an ‘apocalyptic’ sound, and I certainly think we’re living in very apocalyptic times in terms of what’s happening on this planet right now. I’m influenced to make music by the way I perceive the world, and I think humanity is doomed. We’re partial to the odd conspiracy theory or two, and the idea for the next album came when Andy suggested writing a song about the destruction of information and re-writing of history, but it was too vast a concept to fit into a single song! So I’ve expanded that to incorporate ideas about how information is used to surreptitiously control people, and how it’s distorted to suit the agenda of those in power, one of their greatest weapons being television. That’s what ‘iThink‘ is all about, the notion that everything the TV portrays is true, and it becomes a machine that thinks for people, rather than simply providing facts.

So, the gritty, broken audio should compliment the lyrics nicely, and what with the portentous 2012 looming, there’s never been a better time for us to make this album! But that’s not to say it’s all doom and gloom, we’re here to tear up the dancefloor and the overriding theme is to have one last party before they put microchips in our brains!

S] What are your biggest inspirations right now?

Andy] Musically? Rotersand are really doing it for me. – they’ve got such a versatile and ‘dirty’ sound. I’ve had the new Iris album on repeat too – they don’t seem to be that well known over here but I love the way they’re blending guitars and electronics, which is something I think it’s difficult to do well. Oh, and Straftanz!

Andy] We are going to start work on the second album, not to mention working our way up to some higher profile gigs. I’ve started designing some merch too. We’ll have everything from t-shirts to teaspoons.

Chris] He’s not even joking about the teaspoons. Personally, I’d like to go around scaring strangers in the street with warnings of imminent Armageddon. Also, I won’t rest until we’ve played the Pyramid Stage at Glastonbury. Not very goth, I know, but if they can be broad enough to have Jay-Z, then I’m sure they can have 19ninetynine!

S] If you could take the music off of any current movie and replace it with your sound, what would it be and why?

Chris] My favourite film of all time is ‘Donnie Darko‘, but that had ‘Mad World‘ and ‘Love Will Tear Us Apart‘, which I wouldn’t dream of replacing! I would love to see V for Vendetta play out with ‘iThink‘… Shame we wrote it four years too late!

I’m not really a fan of computer games, but as a teenager I was rather obsessed with the early ‘Resident Evil‘ games, and I was very disappointed with the film. It was a perfectly acceptable zombie film, but I never felt it was true to the games as I think it focused too heavily on the action and gore, whilst ignoring the really eerie tension that made the games so unique and atmospheric. Apparently George A. Romero, indisputably the king of zombie films, is a huge fan of the games and actually wrote a screenplay for the film which was rejected by the studio. Are they insane? I hear his version was much creepier, and it’s my ambition to one day track him down, fund the production of his version and have our track ‘Snow White Eyes‘ as the theme song! We might have to sell a few more albums first, though. Sorry, I didn’t actually answer the question, did I?

Andy] No you didn’t, at all! I’d say we need something a bit apocalyptic, melancholic with the occasional pretentious moment….’The Postman‘. We’re like Kevin Costner for your ears and that’s just put everyone off hasn’t it?