Another London act that SPHERE simply cannot ignore, AlterRed are already making waves down south, we chat to the band’s creator about what makes the band tick and also ask ‘what time they will be arriving in the North?’ 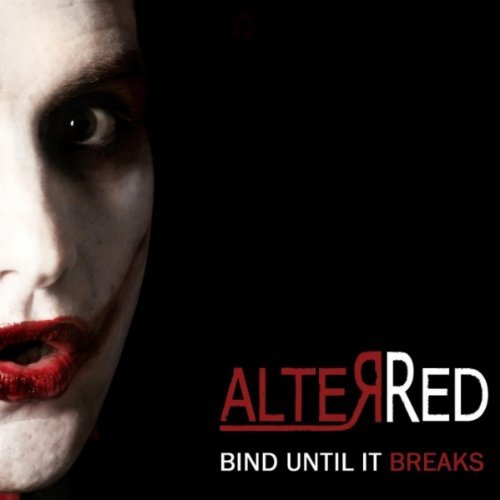 S] Where are you all from and how did you arrive at this point in your lives? – What were you doing before and how have your individual experiences shaped the sound of AlterRed?

A] “Most of us are from Cardiff, believe it or not, all but bassist, Vere, who’s from Cheltenham. I met Vere a fair few years back when he played bass for Chaos Engine. He had (and still has, I believe) his own project, too (Black Alpha – pretty intense!). As for me, my last band was D.U.S.T. but I put that to bed when Naamah (the bassist and co-founder) left in April to have her baby. For me AlterRed is taking all of the influences I had when I first formed D.U.S.T. (Alice Cooper, The Prodigy, NiN, Janes Addiction, Bowie to name but a few) and asking myself what it is that I love about them. Taking time off from songwriting also helped a lot as I spent a lot more time just listening to music. D.U.S.T. had a lot of potential but the execution was always rushed and lacking direction. Don’t get me wrong, I still think some of the songs I wrote back then are great songs…..just not as developed as they should have been. With AlterRed I am determined not to make the same mistakes.”

S] We like your make-up, do you think that element of shock/goth/glam imagery is missing from contemporary alternative, or is it just no bands have the balls to ‘cake it on’ as they say?

A] “Thank you! Oh I’m always up for more artists/performers doing something interesting with their image. I’m such a big fan of putting on a show! And, I think there’s still a decent amount out there doing it still. I do think its important to keep it in context, though. I’ve seen too many bands over indulge themselves with their make-up and image, to the point where it’s no longer relevant to the music or to the performance. Our approach is to let the make-up and image fit the character and his or her part in the show. Vere, for example, has a very different look from me, but we both fit the aesthetic of the show very comfortably.”

S] Your influences are a good mix of Industrial and rock bands – what inspired you to take on the sound for AlteRed, and have you had a positive response?

A] “I’ve always had a thing for rock mixed with hard techno. The Prodigy being an excellent example of that. I also remember the first time I heard “Trip Like I Do” by Filter & Crystal Method…it knocked me for six! We tried doing something similar with the old band. The problem was that I found it difficult to find a guitarist that actually got what I was trying to do. So, when I started writing songs for AlterRed I decided to ditch the guitar and let a heavily distorted bass guitar carry the rhythm. I’m also a very big fan of Perry Farrell. There are some amazing tracks on his solo album that really inspired me. I think people have taken to our sound quite well, but we do get a lot of: ‘I love your sound…it’s not usually my kind of thing but I really like it’, which I’m never sure how to take!”

S] What have been the best moments of the bands history so far, and why?

A] “Our first show, actually, at Electrowerkz as main support to Assemblage 23. I wasn’t sure what to expect, but the crowd really seemed to get into it! We opened the set with “Emily”, which is a piano waltz with a sort of Elfman-esque vocal melody. I remember the audience staring at us in bewilderment, trying to figure out what we were about. Then we erupted into the second song, which is a pretty up-tempo stompy number! That got their attention! That was very rewarding.”

S] If you have not yet visited the North of England, where would you like to play and why? Any other links?

A] “We haven’t yet, actually. I’d love to play Corporation or Woolstock…and of course Infest! Essentially, AlterRed is a live show, so I’d love to play as far and wide as possible. Actually, our first drummer was from Sunderland. An absolutely amazing drummer he is too unfortunately his job got him relocated to Prague, but he’ll no doubt be rejoining us on his return.”

S] You guys have been active for less than a year in total, is it everything you wanted it to be – Sound/Image etc? Have there been any disappointments?

A] “It’s getting there…I know this is a cliche but it’s sort of developing a life of it’s own. When I first came up with the idea I wanted AlterRed to be more of a show than is common on the alternative scene. A performance where the music is based on the characters in the show and the setlist progresses like a musical but without too defined a narrative….I mean it’s concept but not *that* concept! With characters like The Clockwork Doll (our keyboard player), we wanted a sort of marionette or toy, sat mute and motionless behind the keyboard. And we’ve just added another character to the fold, The Patient, who’ll play live percussion as well as playing his character. So it’s kinda growing into a sort of spooky rock opera!”

S] What can we expect from your debut album and when will it be out?

A] “Yeah, about that! In truth we have been working on it for most of this year but we’re in no real rush. It’s been good to get the songs out live first, to be honest. I’ve found myself making some dramatic changes after performing them in front of an audience. That said, we’ve got about 13 songs nearing completion, so there’s no reason we can’t have it finished in a couple of months and then get it released early 2009. As for what to expect from it….I guess you’ll have to see the live show!“ 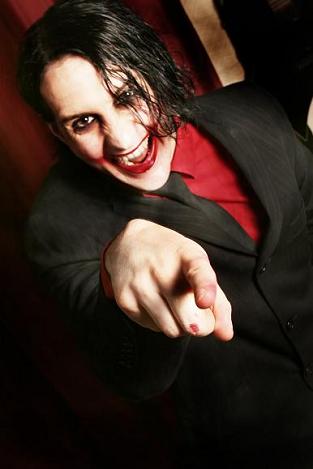 S] Do you think that it’s easy to be intimidated by the Goth and Alternative scene around you in London, have you found other band’s and promoters to be supportive of your style and music?

A] “There’s a fair bit of elitism in the scene, as with any specialist genre, but I think when people see the show and hear the album they’ll have no problems seeing how it fits in. It’s early days yet, though….I think we have to prove we can perform for now! But a fair few people have shown a genuine interest in what we’re trying to do, and most promoters we’ve been in touch with have been fantastic. The guys at AntiChrist were great to us when we played there, and have invited us back to play again in 2009.“

S] Can you give us any exclusive news as to upcoming events in the AlterRed calendar? Any Northern dates in the works for example?

A] “Well we’ve recently been confirmed as main support to London After Midnight at the Carling Academy, Islington, which I’m quite happy about….nice big stage! As we’re working on the album we’ve not really been very proactive in booking shows. But I suspect that’s all about to change….the band have got the bug, now! Of course we’ll be looking up North for shows too! I have some pretty surreal (but amazing) memories of playing Sheffield, Middlesbrough, Coventry, Birmingham and of course Whitby. But hey, it’s early days. We’re just getting started!”

S] How does AlterRed “the band” work, are you all control freaks? We know you are the central creator?

A] “Oh they are freaks and they *do* have control! Well, it’s fair to say that each person brings something of themselves to the show. We seem to attract folks with disjointed views of the world and a colourful, surreal sense of identity! I’ve written and arranged the songs so far, but since Vere (bassist) joined us back in June he’s taken over the production. And then VX (synths) is our photographer/image mangler and helps me realise some of the concepts. Are we all best friends? They’re freaks, weirdos, asylum escapees and a danger to themselves and others, but that’s why they’re here! Nowhere else on Earth would take them in.”

Check out more of the band’s unique electro-rock fusion at their website.

*All pics copyright AlterRed the band