In our latest band spotlight, we chat to Alexis Mincolla of standout industrial music champions, 3teeth. 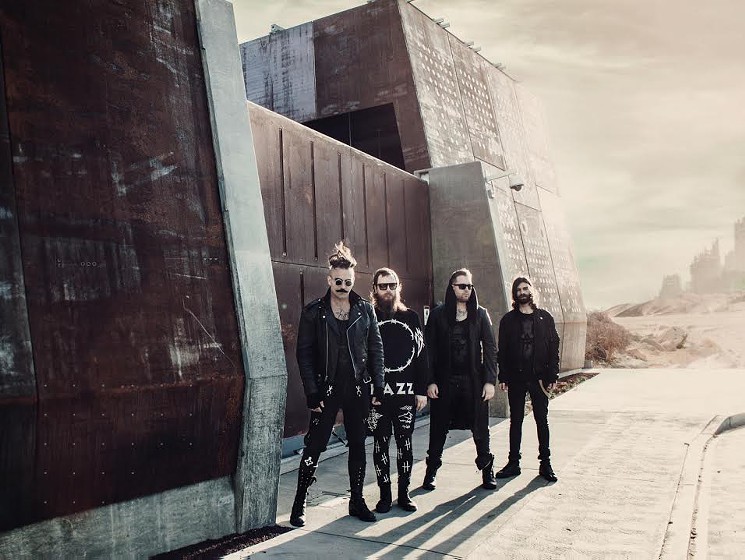 A] The TOOL tour was an amazing and inspiring experience. Being able to hit the road with TOOL & Primus really helped up step our game up in terms of our performance as well as our new writing. Everything were writing now has to be big enough to fill arenas .

S] What inspiring you guys at the moment – outside music, think art and films for example?

A] I’ve been very inspired by a book by Elias Canetti called Crowds & Power. It reads like a manual written by someone outside the human race explaining to another outsider in concise and highly metaphoric language how people form mobs and manipulate power. Unlike much non-fiction writing, it is highly poetic and seething with anger.

S] How are you looking forward to getting back over to the UK – great show in Manchester a while back!?

A] We love the UK because there’s great underground music culture and more importantly  no social stigmas about morning drinking. But yes, we’ll be back in August for a couple dates and you can expect new material then.

A] The new material is coming along great. We’ve really been honing in on some signature sounds and really pushing ourselves to bleed for a very original musical contribution.

S] What’ve you got planned for the rest of this year?

A] Going to dropping a new single every month until the album comes out in the end of the summer and then we’ll hit the road on a big tour.

S] Talk us through your feelings about industrial music in 2016 – who are the bands that are really breaking the mould, so to speak?

A] To be honest, we’re not really big into doing scene or genre audits. We’re just really focused on what were doing right now and have a bit of tunnel vision at the moment.

S] What are the biggest challenges for you guys as a band right now?

A] I think it’s a challenge for any artist to never trade authenticity for approval when you’ve got a lot of eyes on you but we’re definitely up for that challenge.