In our next band spotlight, we chat to Adore//Repel about music and influences. 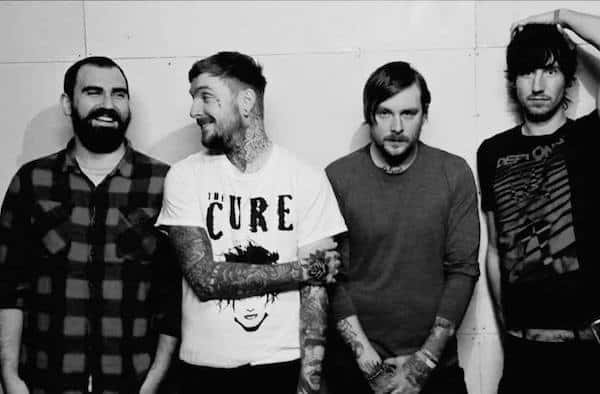 S] What ideas inspire the creation of your music?

We have a passion for film and art which inspires a lot of our ideas; and a wide spectrum of music tastes, spanning all genres and styles, that influence the way we write.

S] Outside of the band, what keeps you passionate about creating music?

Running our own DIY record label, Shoveitupyourcult Records; putting out records for the bands that we love; and our genuine passion for live music. All those things keep the passion flowing.

S] Jim Hellwig is awesome – can you talk us through the development of that tune?

Thank you. The song is a concept track, a short coming of age story. It was one of the first songs we wrote. The song had a different approach to the rest of the tracks on the album; it has more of a progressive structure and the song has changed shape over the last couple of years, so it’s taken all this time to write. We started playing it live again before we went into the studio to record the album, and it just felt right to put it on. The track is named after The Ultimate Warrior, a childhood hero of ours.

S] What plans are you excited about for the rest of this year?

We have a UK and EU tour in May, and we have a new video shoot for Jim Hellwig, which will be the next single off the album. We also have some festival dates to announce soon for the summer.

S] To what extend do your surroundings effect your creative process?

We have all played together in bands from an early age, playing various genres and playing DIY shows, building a DIY community which has transcended into what we’re doing now. We still rehearse in the same building in Wakefield, maintaining close relationships with the bands and the people involved. We’re all from working class backgrounds, so the hard working ethic contributes to our ideas and our creativity.

S] What’s been the career highlight so far?

Playing a packed out show in Reykjavik in Iceland for the second time; and playing a slot at Leeds and Reading Festival in 2016. And, of course, the release of our debut album, Empty Orchestra.