In our latest Band Spotlight, we chat to vocalist and guitarist, Adam Bairstow of Leeds-based alternative/grunge act, Brooders about the band’s inspirations and ideas. 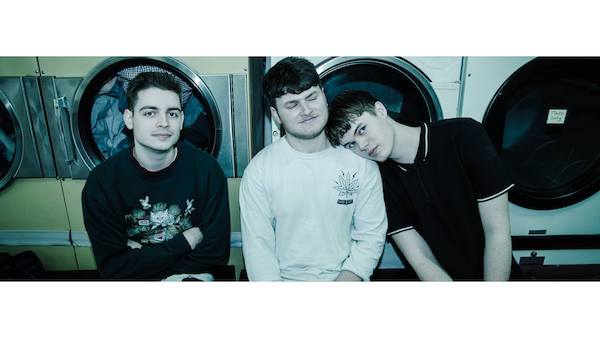 S] Talk us through the inspirations and ideas behind your latest material?

I always say inspiration stems from experience, your surroundings and the people who have a part in your life. Music is an expression of experience and I often find myself writing with this in mind. I guess from a personal level, I found myself writing on behalf of immortalising some of the tragic moments of my life. It sounds awful, but it’s quite a good coping mechanism when you look back and use that as an entry into a past experience. A reflection, a diary entry, a chronological experience, these are all things I try and incorporate into my writing.

As a band we often spend a lot of time crafting our sound in order to find new and exciting ways to sonically deliver our music. Once we get a framework we often find ourselves meticulously crafting and curating what we want from that song. It’s a long process sometimes but it brings out some good results we like to think! Other times, we just click in with a song or an idea straight away and it’s magical. It really does vary song to song though.

S] What’s driving you as a band outside of music at the moment?

I think its all about the music really. Our passion for gigging, recording and rehearsing is just so prominent to all of our lifestyles that we often find ourselves falling in with that as our primary life feature. We’ve always said it’s all about the music, but I guess that falls hand in hand with the desire to play bigger shows, for more people to come to your gigs and to somehow make a life of the music that you’re writing. The dream is that someday we’re looking down on a crowd of people all going crazy and losing the plot and screaming and shouting the lyrics back. The day people feel the same passion for our music that we do I think it will be a life goal achievement.

S] To what extent would you say that your surroundings inspire you?

I don’t like to think of my surroundings as being the main inspiration. I like to distance myself from the lyrics and the themes in my own space. I do however find that there are certain surroundings that I go to that have certain significance to a song or a lyrical idea. It’s an odd one though; disassociating yourself from a negative perspective is important I often find. You don’t want your environment to be as dark as some of the songs, because after all, you have to live in the moment there! So in short, yes. They inspire me somewhat, but I often only take in that inspiration and surrounding influence at a safe range where I know that it’s not going to have a weight on my life too much.

S] Talk us through your career highlights?

I think there have been a few big moments that have stood out for all of us really. Sound City Festival being one, which was a lot of fun, and Speare [bass] actually chucked his bass off stage only to have it split directly in two. That was an experience of sorts! Ha! Aside from that, we went on tour with our buddies Goldsands and Kit Trigg in September and October, which was incredible! We travelled over 1400 miles, played 7 shows up and down the country and met so many new faces. That was a lot of fun, but so very tiring. I guess another highlight has been releasing the Brooders Mini LP, which was a big moment for us as we’ve been holding that back for absolutely months. It’s been something that was a big part of our lives since about July last year, but we wanted to wait until the right moment to get that out. It was a massive relief and we couldn’t be happier with it!

S] Does the band have a mission statement?

I wouldn’t say we have a mission statement as such. But we’re keen on people just having a great time, looking after each other and appreciating life for the moments that are now. So yeah, that’ll do right?

S] What would you say the biggest challenges are for you as a band right now?

I’d say the biggest challenge for us as a band right now is breaking through. A lot of bands from our scene are finding the same really! The music scene is so dense with so many talented bands that it’s difficult to break through the mould. You’ve just got to be prepared to try new things, expand your sound and try your very hardest to find something that’ll really take people’s notice without betraying our own ideals and ideas for our band sound and image. Not conforming and shifting a tide is a nigh on impossible task, but we’re keen to make a go of it. I think another challenge we’re facing is in writing; we’ve been constantly challenging ourselves since the release of ‘Brooders’ to try new things and go above and beyond our writing capability. This is a new thing for myself especially as it drags me out of my comfort zone and into a place where I have to bounce my ideas between Speare and Liam. But I love it though! It means we’ve all got a direction that we want the songs to in. We just have to pick which is the most functional and interesting. And so far it’s working. There’s some insane stuff on the horizon!