By Dom Smith February 28, 2016 Band, Spotlight
No Comments
In our next band spotlight, we chat to Mike Garbutt of Daytona Catchups. 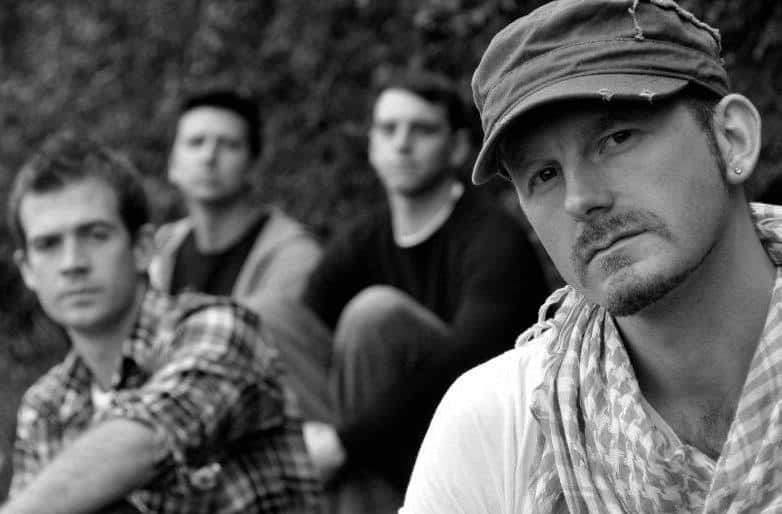 S] What are some of the band’s main inspirations?

M] “Everything from beardy folk-rock to kids tv themes from the 80s with a fair smattering of Radiohead, Britpop in general, Chilli Peppers and Foo Fighters!

S] What’s keeping you passionate and motivated in 2016, outside of music – think art and film?

M] “Mainly the idea we now know what we’re doing around the studio having produced the tracks ourselves after been let down previously and it’s taken a good few years to get to this point. The fact that people seem to really like our stuff too. Motivation also comes from some big changes in each of our personal lives too which never puts the brake on the creative wheel! Oh and biscuits and cake. We will happily stay motivated for cake!”

S] How would you say the band has progressed and developed over the time that you’ve been together?

M] “We write and play because we love it. We’ve become close as a band in the last few years because we challenge each other to write and play better I suppose. We all have our own influences but love welding them together and that keeps us excited about where we’re going next. We’ve gone from rehearsing cold, damp sheds on the outskirts of London to proper rehearsal rooms and from recording with mates, or on an eight-track to actually taking real pride in trying to get our sound honed and individualised. We have material we’re really happy with coming out of our ears these days too and having had good reviews so far with some of our older stuff plus the hope of playing to bigger crowds in the future – we’re all really excited!”

S] What are the band’s plans for the rest of the year?

M] “We need to actually launch the album I guess! Off the back of people saying really good things about it, we’re more confident at getting it out there! Then gigging and a few festivals as well as generally hoping to create a bit of momentum to ride on if we can.”

S] What would you say a career highlight has been so far?

M] “Finishing the album after all the hard work on it is in top spot, I suppose. Saying that, playing at the Giants of Rock festival in Minehead last year and sharing the billing with Slade and Quireboys was pretty special! It hasn’t got better than that for us yet…..and I doubt it ever could!”