In our next band spotlight, we chat to Shelton Garner, JR and Michael Goldwasser of the legendary Easy Star All-Stars about their Radiodread album, and forthcoming UK shows. 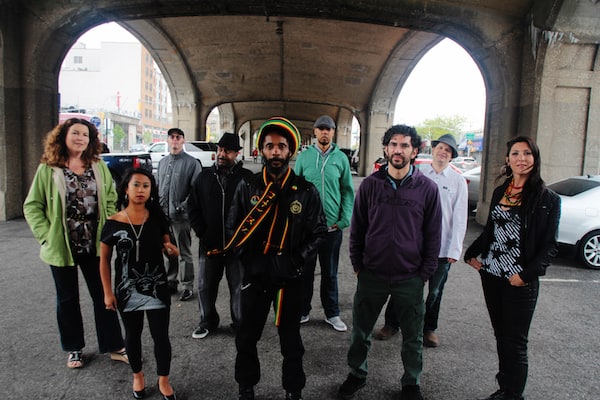 S] How do you feel about the legacy of the Easy Star All-Stars now in 2016?

M] First of all, it’s a bit crazy for me to think about founding the band twenty years ago and here we are in 2016 and it’s still going strong!  Regardless, I feel great that we’ve brought musical enjoyment to so many people over the years, and in so many places around the world with the live show.  I’ve met countless people who have told me that the Easy Star All-Stars were their first exposure to reggae and even people who have said that one of our albums is their favorite album of all time.  And many of the younger musicians in the US reggae scene have told me the same, so I know that we have influenced the next generation of reggae bands.

S] How enjoyable have the Radiodread tracks been to revisit?

M] It’s been a blast for me because I hadn’t really listened to the album in years and frankly I had forgotten some of the nuances that I had come up with back when we recorded and mixed.  It brought back a lot of memories, mostly good ones, but it also made me a bit sad because listening to “Exit Music (For A Film)” takes me back to the magical recording session with its singer, Sugar Minott, who passed away in 2010.  Sugar was a big, big part of Easy Star’s history and I was fortunate to spend a good deal of time with him over the years.

S] Talk us through a few of the fun moments when pulling them together for this tour?

Shelton] I really love the Radiohead material and have a lot of respect for Radiohead in general so any time we get to play that music I’m happy. I’ve probably had the most fun playing the tunes we haven’t played in a few years, especially Exit Music. That song is really dark and something you wouldn’t normally hear in reggae but the climax at the end is amazing – that’s what she said.

S] How are you looking forward to the UK tour?

Shelton]  I always love going to the UK. The fans there are some of the best. They show up and have a great time. I’ve made some good friends there that always come out to see us play. Excited to see Gentleman’s Dub Club and do some shows with New Kingston as well.

Shelton] I’ve been working on spending more time out and not just sitting in the studio working on music. Getting to know my friends more and meeting new people. I think having a deeper understanding of what makes people tick lends itself to the writing process and also what makes people happy in general. We have a lot to learn from each other.

M] I haven’t had too much time for anything outside of music lately except my family, but I’m definitely passionate about them!  And it’s all related because I get to re-experience music through the minds of my children, who are quite musical themselves. And even though I don’t get to spend enough time being actively involved in social issues, I still do feel quite passionate about correcting the inequalities and injustices inherent in our society. As Peter Tosh would say – we want equal rights and justice!