Check out our next Band Spotlight on York-based indie-alt-rockers, Faux Pas. 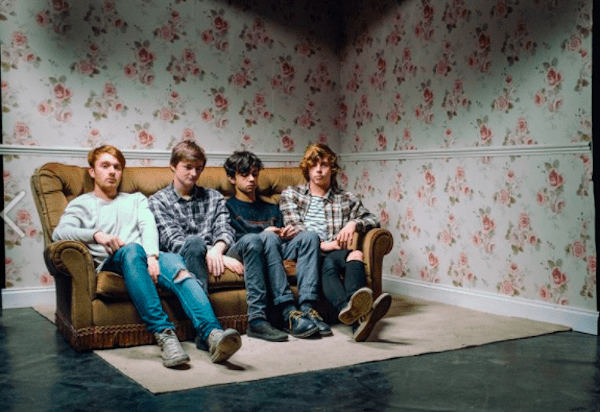 Hey guys, we are really good at the minute thanks for having us. We’ve just let out the new EP, and it feels good to have it out in the open at last. It’s always frustrating sitting on content you love.

S] What inspires your sound?

There’s so many things really, it’s hard to pin down because we really slave over the feel of each instrument and the parts that they play. I guess you could put a lot of it down to the artists we loved growing up, a lot of those bands have found themselves in similar social and cultural situations as we do ourselves, so it resonates more with us. Bands like Placebo, Weezer and the Cribs are common favourites but there’s a huge range going from heavy metal and pop-punk, to grunge and alt-rock, and then over to 70s/80s disco and pop.

S] Does York influence the band at all?

York as a city in general hasn’t influenced us but has definitely been a setting for many of the stories expressed in songs. We tend not to really pay attention to the pop culture that the “kids” and people our age around us are into.

S] What are the biggest challenges for you guys as a band right now?

One of the hardest things for us is making the transition from hobby, to full-time career prospect. Obviously the balance in our social lives is always fluctuating from academic stuff, friends and family, relationships and band. Luckily for us we are all on the same level commitment wise, so in every case if there is a clash band will always come out on top.

I think the big three that stick out for us are playing Reading and Leeds, recording with Mickey [Dale, Embrace] and shooting the video with Sodium.

These three combined gave us a great taste of the industry, and a variety of the things you would come to do on a regular basis as a successful, recording and performing band. We felt we coped and performed very well in all three instances, which was a nice confidence boost for us as it showed us we have the potential to have a career as a band.

S] What were some of the highlights of working with Mickey Dale of Embrace on your material?

The entire weekend with Mickey was absolutely amazing. The use of obscure pedal sounds and using different amps and guitars was nothing short of exhilarating. We are all incredibly happy with how the EP sounded so as a whole the weekend has to be a highlight in itself.

‘I Hate Dancing’ was inspired as a whole by events and people we all know personally and there experiences with gender inequality or prejudice. As a topic we feel this is massively pushed aside and as a band we hope to bring this to the forefront of what we stand for as a band and continue on with these theme .

S] If you could come up with a Frankenstein’s Monster for the Faux Pas sound – ie: the head of Weezer, the arms of Placebo and the balls of The Sunshine Underground what would it be made up of and why?

The head of Placebo, body of the Cribs, legs of old Radiohead and arms of the Strokes.

2017 has many plans including shows around the country and plenty of new content but nothing can be announced just yet! Let’s just say some festivals and big dates are not too far away. Just make sure to keep an eye out!