Band Spotlight: Into The Fire

Home » Band Spotlight: Into The Fire

Tim King of SOiL fame, talks us through his new project, Into The Fire featuring Bryan Scott (The Union Underground), Will Hunt (Evanescence) and Adam Zadel (also of SOiL). 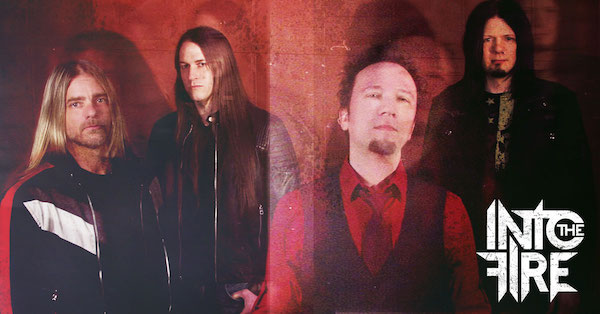 S] How does it feel to be putting this music together now?

It feels great. Adam and I have been doing soil for so long, and never wrote and recorded with anyone else during that time, so it’s great to be able to do something different creatively for fun.

S] How’s the creative process different to your other projects?

It was pretty much the same as it is with soil. Adam and I will come up with the riffs and put them together to send off to the other guys. The cool thing with Into The Fire is that Bryan Scott (vocals) is a producer/engineer and can play guitar as well, so he was able to take our rough ideas and transform them into full working songs. It is awesome to have that.

S] Are there any major challenges for you as a band?

I always said that I would never form a new band in this day and age because it is so difficult to get a new band off the ground. But this is a project that was a long time in the making. Years in the making. So we are just taking it slow like we always have been and we will see what happens. We are just excited to finally get these songs released and the video released and see what people think. We really have some great material here, so we’ll let the music do the talking and take it from there.

S] What’s inspiring you guys most at the minute, outside of music – think, people / places and films for example?

We have all been doing this for a long long time so we each have our own outlets. For Bryan, he has his own studio and is producing bands. I have a record label (Pavement Entertainment) which inspires me to work harder in my personal music conquests.

Adam stays completely away from music altogether in his free time, and Will is always playing drums in some capacity. As for inspiration regarding to places and films, I love to travel and that refreshes me. Plus I love horror movies. Those things don’t really inspire me musically. My brain never shuts down and I’m always thinking of ideas so I guess that’s my main inspiration to doing things when it comes to music. Crazy ideas!

S] What’s the plan for Union Underground, Evanescence and SOil right now, to fit around what you’re doing?

We plan on still going full throttle with those bands and squeezing Into The Fire in when we can.

S] Is there a running theme, or concept throughout the EP?

The song ‘Spit You Out’ was the first song we wrote together and is the lead track and the video. So I guess you could say the EP centres around that song and concept.

S] Any plans for UK shows?

With SOiL and Evanescence having such huge UK and European presences, we will definitely try and get Into The Fire overseas to play for all the great people there. We just need to figure out when it can make sense. We should probably write some more songs for a full set list as well!!