Check out our latest band spotlight on Nova Twins. 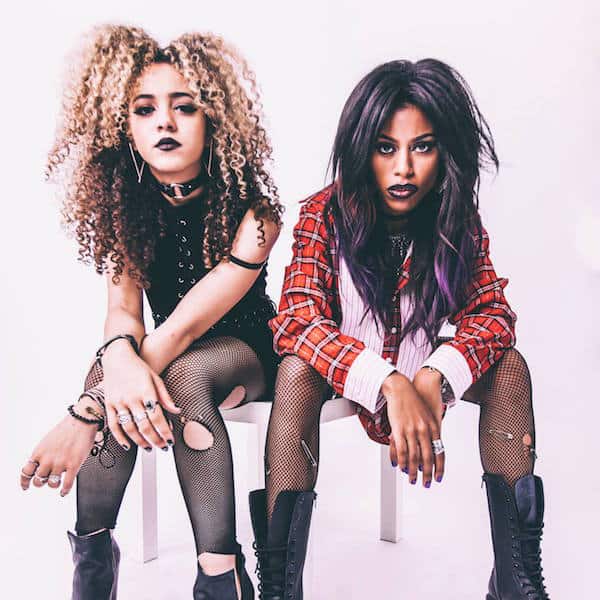 What is your mission statement as a band?

We are space cadets and our mission is to play on Mars.

Talk us through the tracks, ‘Bassline Bitch’ and ‘Hitlist’ – what experiences inspired those tunes?

Bassline B*tch is our first single and very much a song for the underdogs. Sometimes the music industry can feel like you need that VIP pass to sit with the cool kids before you can even get heard, it’s such a small circle and a lot of it is, who you know and have you got enough money to be able to keep supporting the dream. We are basically saying, F*ck that, there is so much at your disposal, you can take a DIY approach and start your own scene/movement, take the way the grime scene can work for example, they are pioneering the way forward in creative self-sufficiency.

Hitlist is about playing on stereotypes and gender roles, whilst men have a free pass to express any concept they like, at times it can feel that women have been set a limit to what they can and can’t talk about especially if its regarding sex or any brazen concept, and if we do, we are then suddenly frowned upon. We think and feel the same as human beings, let’s all get over it.

What inspires you guys outside of music – think people and places, or movies for example?

We are definitely influenced by our surrounding, being based in south/east London where music and culture is thriving. It has had an effect on the type of sounds that we gravitate towards when writing on our pedals, you’ll notice that even though we are a bass and guitar band, that don’t use any laptops or synths, our approach is very much from a producer’s perspective, we use our pedals like we could be writing in Logic. Home life, and friends have a major influence on the concepts and delivery, they all some how play a part on on the Nova sound.

What has been a career highlight so far?

Releasing our first EP is our biggest achievement, we have spent so long under the radar playing live shows where people couldn’t listen to our music anywhere. It was frustrating, and even more so when we had the EP finished and couldn’t release it straight away…I guess these things all have their time but we are just glad to be out and proud.

We’ve also had a few amazing stand out shows, the latest was a gig with Kate Nash at Old Street Records which was insane, drag queens and spoken word activists took the stage and it was packed out full of amazing diverse people who made it such a fun night.

What would you say your biggest challenges are as a band?

We don’t necessarily fit the conventional mould “like most human beings”! Being women of colour, playing heavy music can be a challenge as some people can’t seem to place us in their confined box of no imagination. We love and embrace these qualities and will keep pushing these boundaries until it becomes the norm!