Check out our latest spotlight, we chat to Hull alternative rock act, Of Allies about their music and inspirations! 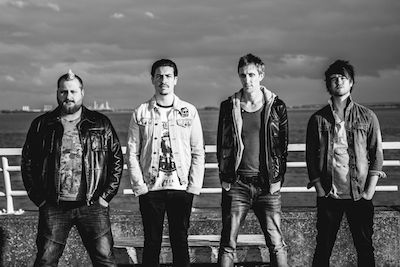 S] How, if at all does Hull inspire the material?

Rich] “We’ve all grown up in the Hull area and it’s been our main stomping grounds in various bands over the years so the city does have an effect on us whether we realise it or not. The relationships we’ve formed musically, professionally and personally in Hull have a direct impact on the way we approach the band although not necessarily the material.”

Tom] “For me it’s all the amazing bands and artists that reside here. Hull doesn’t get much recognition, so it gives everyone that extra bit of drive and professionalism.”

S] Who are some other acts in the area that we should check out?

Rich] “I’m really interested to see what Taught By Tigers are going to do but you should also check out Nineties Boy, NEED and Chasing Athena. Three different styles but all extremely good at what they do.”

Rich] “‘Ghosts’ was the first song we wrote together as a band and was written in a way unlike our other songs. It stems from long jams and conversations about dynamics. Lyrics came after the music was completed and my inspiration when writing them was to be intentionally allegorical and ambiguous so that people could apply their own meaning to it. It has a certain meaning to me that’s based around secrets and regrets but I find songs that are open to interpretation often have the most impact on the listener.”

Tom] “Musically it was one of our first songs written as a band and we wanted to write something catchy but also include our heavy influences.”

S] And what about the ‘Tempers’ EP as a whole?

Rich] “Generally I would come to rehearsal with a bank of riffs, ideas and melodies, some formed into outlined songs and some not. We then worked on them relentlessly for several months making sure the structure was right and everyone added something to make it unique and sound as we wanted it. The songs on the EP are the result of a new band working together and discovering a definitive sound. Lyrically, each song is has its own inspiration. Some positive. Some not so positive.”

S] What’s the band’s mission statement, what do you want to achieve?

Tom] “We want to get our music out there to as many people as possible and play to bigger and bigger crowds. We don’t have an end goal, we just want to keep writing, recording and gigging and make it our lives.”

Nick] “I agree with Tom, we just want to keep writing better songs, playing better shows and constantly strive for improvement. We’ll see where that takes us, but we really just want to get our music out there to as many people as possible.”

Tom] “We plan to tour our current material and push our latest releases. In the meantime we plan to keep writing new material and go into the studio early 2015 or even late 2014.”

Nick] “Write as many new songs, play as many shows and shoot as many videos as possible!”