In our latest Band Spotlight, we chat to Martin and Mathias from French alt-rockers, Paerish about music, inspirations and touring. 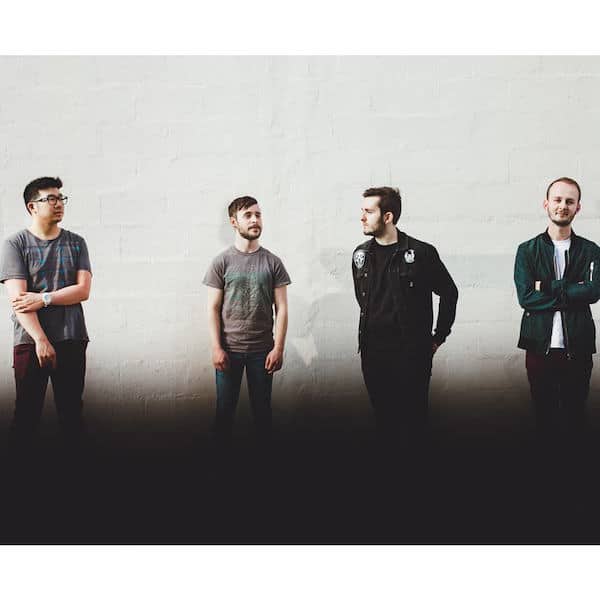 S] Hi guys, how are you today?

Mathias] Incredibly great!! But still a bit sad because the tour is over, we would love to go back as soon as possible.

Martin] It’s hard to get back to the real world after these amazing weeks on the road!

S] Talk us through some highlights of the recent UK leg of your tour with Silversun Pickups?

Mathias] I’m thinking especially about the sold out gig in London at the Electric Ballroom. We never played in front of such a crowd, and it felt amazing. Also, our first gig in Leeds was incredible, we got such an amazing response from the people there, it’s definitely one of the best gigs of this tour.

Martin] It was also great to play in Manchester, a city with such a great musical history. I’m a huge fan of bands like Oasis, The Stone Roses and Oceansize so it’s cool to feel this vibe. I’m also a Manchester United fan so I was stoked to play there !

S] Any fond experiences from the UK in general?

Mathias] We toured the UK two years ago, mostly in Scotland with our good friends Wecamefromwolves. We instantly felt in love with this country, and one year later we decided to record our first album in Glasgow. Such a cool experience!

Martin] It’s great to tour in a country where people truly understand your music, it really makes a difference for us. We also love shortbreads and Irn Bru, so…

S] Talk us through the inspirations behind ‘Party’s Over Biff’?

Mathias] This song is about getting home as much as you can to support your parents during the hardest times. But because we don’t talk much about the most serious subjects, sometimes the best you can do is just be here, and listen when they feel like talking.

S] What concepts/ideas/people and places inspires the material on ‘Semi-Finalists’?

Mathias] This album is like a flashback of our student years in Paris. Who we were when we first met in film school, a lot of these songs are from that time.

Some other songs like Party’s Over Biff, Semi Finalists and Adriatic define who we are now, and the need I feel to leave the big city someday, choosing between the path of staying in Paris or going home.

Martin] Mathias, Julien and I we are not Parisians, we are country boys and we have that feeling inside, that someday we’ll leave Paris, and Mathias really knows how to put this feeling into music.

There’s also that feeling that we’d never win anything in Paris, that’s why we called the album, ‘Semi-Finalists’.

Mathias] It’s a reference to a photography from the American artist Robert Heinecken. It’s entitled “Then People Forget You” and I found this guy’s art very powerful.

S] Aside from Euro touring, and the album release – what are your plans for the rest of this year and into the next?

Mathias] I think touring the US would be a crazy opportunity for us, it’s definitely one of our plans for next year. We’re also writing some new material that I’m really looking forward to recording. Hopefully very soon!

Martin] We definitely want to play more gigs, to visit more countries like we just did, meet new people, and of course to finally tour in the US.

Taking me back to my shoe gazing dayzzz. Good song. Enjoyed the guitar work. Video scared my pants off though 😱