In our next band spotlight, we chat to Primitive Race founder, Chris Kniker about the music and inspirations behind this industrial super-project. 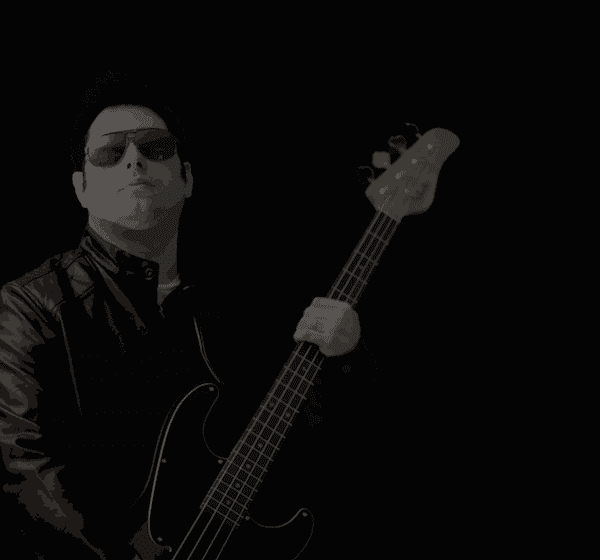 S] How do you feel about the term “supergroup”?

C] “Generally speaking I’m not too keen on it. I feel like if a band refers to themselves as a ‘supergroup’, it’s pretentious. When outside sources start throwing around the term it just adds this layer of pressure to the equation. As a band you want to make the best record you can. You want to write the best songs you have inside yourself. If you start thinking about what other people may expect it’s a distraction. There’s no ego here. We just wanted to have some fun and write some music. Hopefully people enjoy it.”

C] “I don’t know that there’s a mission statement per se. There’s definitely a jab at modern society within the name itself. We’re taking the piss at the mindless masses. People are so consumed with their smartphones, social media, taking selfies that they’re losing focus on real life. Across the globe the elite class continue to take a bigger piece of the pie. Meanwhile people aren’t noticing. I guess it’s alright as long as there’s 200 channels of Kardashians and other celebrity trash to pacify the sheep. We have to wake up! Get out and experience life. Do something nice for a stranger. Make a lasting impression on the world that says life is more than being a self-absorbed worthless asshole.”

S] Talk us through the inspirations and ideas behind the self-titled debut?

C] “I can’t really tell you the ideas for the songs. I think a big part of what makes music special is that a person can connect with lyrics and songs differently based on their own life experiences. Do any of us really know what ‘It’ is in Faith No More’s ‘Epic’? ‘It’s it’ could be a San Francisco based ice cream sandwich named, ‘It’s it’. ‘It’ might be sex or something else. I don’t know what the hell Mike Patton is singing about. Epic is still a great song even though I have no idea what he’s singing about. I’ll share a little story with you about ‘Epic’. Faith No More and Primitive Race share the same publicist in the States and I once asked her what “It” was. She didn’t know either…or if she did she didn’t tell me. I’m sticking with the ice cream sandwich idea.”

S] What are the band’s main plans and goals for this year?

C] “For now I’m just focused on trying to get the word out any way possible that we exist. We’re doing press and radio. Watching out for the reaction to see what worked musically and what didn’t hit the mark. I’m extremely curious to see how people connect to the record. With four different singers and 10 people on the album it’s certainly varied. It’s fun to see the reactions. We’ve had some talks about how we might be able to pull off some live shows. Crabbi, Mark Thwaite, Tommy Victor, and a few others…we want to play these songs live for people. I suppose in six months or so I’ll start working on a follow up.”

S] What were the main challenges in building the band?

C] “For this project it was a blessing and a curse that we are all over the globe. Nobody ever worked together at the same time and place. We were bouncing ideas back and forth via the internet. The cool part of all that was each contributor was free to take an idea anywhere they wanted creatively. There were no rules. There were no preconceived ideas. There was nobody in the room to say, ‘No, do this’. The bad part was it was time consuming. Guys have other bands and commitments so that means when Tommy was on tour with Danzig or Prong his songs had to sit on the shelf. Same thing with Mark when Peter Murphy or Gary Numan were on the road. In the meantime fans are expecting a record and getting anxious because it seems like nothing is going on.”