Great to catch up with the legendary Raging Speedhorn, for this new band spotlight! 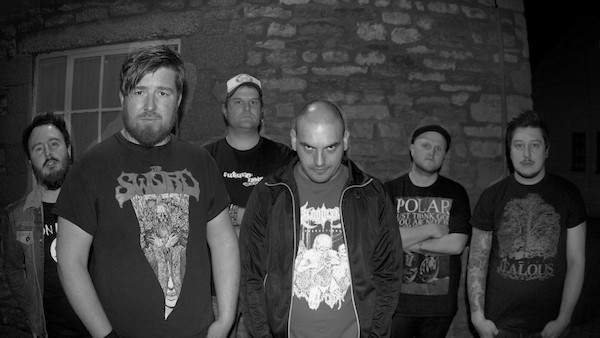 S] Talk is through what ‘Lost Ritual’ means to the band now?
John] “Lost Ritual” for us is the album that came from nowhere and surprised us all. It’s the album that defines us the most at the moment. We’re still Speedhorn, but with something a bit more sinister lurking in the wings.
S] What’s keeping you passionate outside of music right now – think films, or people and places?
John] A few things have been keeping me busy. I’ve done a few guest spots on albums for some friends, but mainly my 8 month old son has been keeping me very busy.
S] What other bands are motivating Raging Speedhorn in 2016, and why?
John] We still do, and always have, listened to a lot of different types of music on our own and together. Great things have been happening while we were away. So many great bands have popped up like Gurt, Boss Keloid, Nomad and Burden Of The Noose, to name a few. We’ve found it very strange playing with some of these bands, and being told “You guys are the reason we got together”! It’s very humbling to hear from such great bands.

S] What are your goals for the rest of the year?

S] How do you look back on your success and the positive reputation you have garnered, and what does that mean to you at this point in the RS legacy?

John] It’s amazing that a band like us did as well as we did, and we know that just the same as everybody else. The support for us coming back has been nothing short of immense; great shows & great crowds. It’s nice to see people bringing friends who have never seen us, who’re telling us “My mate played me the album and I just had to come when I heard you were back”! It’s good to know people still work like that with music. To hear something and want to see it live, and not just go to YouTube and “see what they’re like live”. I’m sorry, but that’s not seeing anything live. That’s just YouTube.

S] Give us a couple of highlights for you – what have been some of the greatest moments of your career this far?

John] We’ve played some amazing shows over the years, with bands I never dreamed we would share a stage with. It’s really hard to pick a highlight, but the likes of Ozzfest, Download, Damnation, Sonisphere, Reading & Leeds, Summer Sonic Fest and Beastfest in Japan are up there. There have been a few, and hopefully, we will have a lot more of that to come.

S] Cheers for your time!