In our latest band spotlight, we chat to Storms about their music, ideas and inspirations. 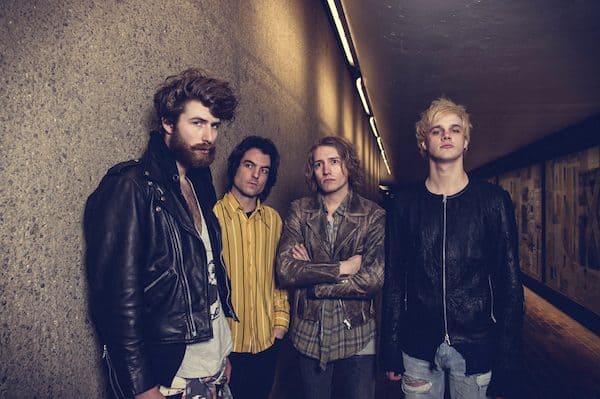 S] What ideas inspired the tracks for ‘Shame’ and ‘Girl’?

Felix] “‘Shame’ was an idea that came from watching a bunch of horror movies and hearing some really cool, old school, creepy sound-tracks. One of the tracks that came up was ‘I Put A Spell On You’ by Screaming Jay Hawkins. I thought it would be interesting to do something with an old school vibe like that and try and inject loads of energy into it, like he did, but with a grungier vibe. ‘Shame’, just seemed like an appropriate, creepy, not heavily discussed topic that seemed to fit the music. ‘Girl’ is a little more obvious. She’s left a very deep mark, and I was going genuinely a bit mad I think. We both behaved like lunatics and I don’t think I’ve ever been like that before. But, I still feel completely the same about her.”

S] What sort of stuff inspires the band outside of music – think books or people/places for example?

Felix] “I love 80s movies, satires, teen-movies and horrors. Love anything John Hughes, Tapeheads, Heathers, Fright Night. There was more of a poetic romanticism about things back then and things felt nihilistic in a more positive way; the humour just seems smarter too. I work part-time in a bookshop so reading has always had a big impact on everything. I love Philip Roth, A. M. Homes, Douglas Coupland and Kurt Vonnegut, to name a few.”

George] “I love DJing and finding new and old music. I’m really into 80s hip hop currently; J.V.C. Force, Gang Starr, Eric B & Rakim, to name a few. I love films, court room dramas, crime dramas, comedies. I love to go to stand up comedy nights when I can. My heroes are Bill Hicks, George Carlin, Lenny Bruce, Peter Cook, but in recent times I’ve been most impressed with Seann Walsh and Trevor Noah. Places? I like to travel to Deauville Festival and New York once a year, great for inspiration.”

S] What are the band’s major plans for this year?

George] “We’re making a video in the U.S. for our next release and we’re about to announce a tour which we’re really excited about.”

S] If you could come up with a Frankenstein’s monster for the band – eg: the head of Nirvana, and the arms of err…Garbage, what would it be and why?

S] Any great memories from playing Northern cities like Manchester or Leeds?

Felix] “Manchester is always amazing, a lot of my family live there. Having a rammed out room full of people you don’t really know is always great. The Soup Kitchen and Night and Day are my favourite spots. We did a show at Night and Day once that was sponsored by a rum company, they gave us a whole case of rum before we played, the show was a very drunk affair but still great and the party afterwards is just a blur but the pictures make it look like a lot of fun.”