In our next band spotlight we chat to bassist Joel Magill from one of the UK’s brightest and most talented indie bands, Syd Arthur. 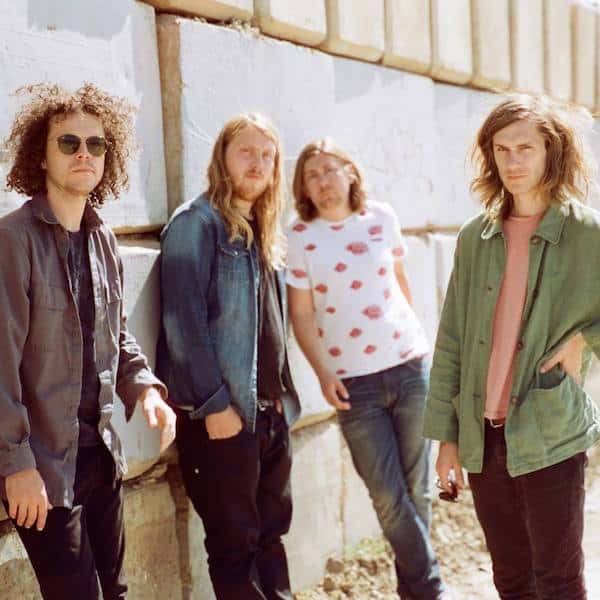 S] Now then lads, how are you today?

Very well thank you. Enjoying a few weeks ‘off’ after pretty much ¾ months of non-stop touring.

S] What’s keeping you passionate at the moment, outside of music, think people, places and things?

I just went to see my brother in Barcelona for a few days. What an amazing city! I’m lucky enough to get to travel quite a lot of interesting places with the band, but for some reason I had never been before. I loved the old town and its winding streets, hidden squares, architecture. And of course amazing bars, tapas and its nightlife.

Getting away for a few days is such a good way to re-charge and take some time to think about it all. I brought my cameras – I love taking photos when we’re not too busy making/playing music… And i do love a good old english pub, especially at this time of the year in the run up to Christmas before the real hard winter months set it. There’s a great sense of community and excitement around now and I look forward to seeing old friends, for perhaps the one and only time a year.

S] What are your major plans, that you can tell us as we approach 2017?

Well we’ve just released our latest album, ‘Apricity’, so we will be hitting the new year running with our new single ‘No Peace’. Like I mentioned before we’ve just come off a big run of touring so we are exploring options on that front as we move into the new year, and looking for radio session opportunities and the like. We are also writing and working on new ideas all the time so spend some time in the studio too.

S] Even as a successful touring band, what would you say the major challenges for you guys are right now?

Simply sustaining the project. You work so hard to create an album you are very proud off and it gets eaten alive by the public in what seems like seconds! Haha. So working on ways to keep it interesting for the fans we already have and ways to engage with as many new fans too.

S] How do you guys feel about live performance, there are tonnes of elements to your sound, and you always look confident, but do you enjoy the process, or are you nervous at all, for example?

We love playing live. It’s such an amazing lifestyle and enables us to be living in the moment like no other. I personally don’t really get nervous anymore. There was a time when we were first playing these big rooms in support of some pretty heavy artists and it would be nerve racking until we started playing, but now I feel confident that we can hold our own in these places which feels great.

S] How do you look back at the success of ‘On An On’ and tracks like ‘Edge Of The Earth’ now?

I think it’s amazing we had so much success with our DIY outlook, and it’s responsible for where we are now. I look back fondly on those times. Even though getting that album out and all that it took from us mentally, and financially was the biggest struggle. It was worth every second.

S] You came from a pretty DIY background, pub gigs and the such, and putting on your own shows – what advice would you give to any emerging bands coming out right now?

Do your thing and do it well! There’s so much completion out there and unfortunately there is a lot of safe/samey music too, so find a way to sound different and revel in it!