We chat to Mikey Sorbello from The Graveltones in our last Download Festival interview from 2014! 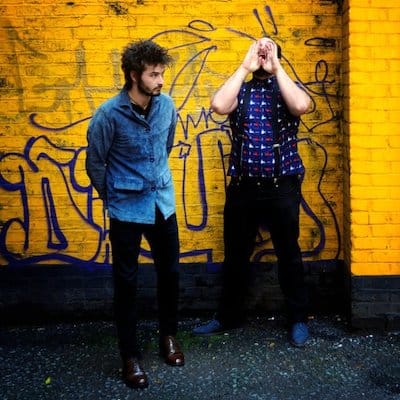 S] Yeah perhaps people use it as an outlet for their frustration?

M] “Yeah like therapy, that’s all the Blues ever was.”

S] So have you always been into rock ‘n’ roll?

M] “No I’m a weird one, I grew up with jazz, a lot of jazz music and then got into funk and afro-Cuban. But I have always loved a bit of rock ‘n’ roll, bit of Led Zeppelin, Mitch Mitchell from Jimi Hendrix was a big influence for me, so I always loved my rock ‘n’ roll. So now it’s kind of like a little milkshake, where all my influences get thrown into some rock ‘n’ roll. Or a 1952 Chicago Martini; a little bit different but tasty. Martinis where do we get them from now? I’m going to have to order one now!”

S] Ha! So Whereabouts are you guys from in Australia, you seem to have lost a bit of the accent?

M] Yeah well I’m actually one of those guys that never had it. I’m from Queensland, I was born in Townsland just below Cairns, then a moved to Brisbane and spent most of my time on the south coast.

S] Is there a big rock n roll scene in Australia?

M] “Well I never played rock ‘n’ roll in Australia. It wasn’t until I got to London and I met Jimmy that I started playing rock ‘n’ roll, so it’s been a very United Kingdom experience for me.”

S] Did you guys meet here or in Australia?

So did you guys start jamming together?

M] “Well he was working in a guitar shop and I was working in a drum shop on Denmark Street. He’d booked a gig but didn’t have a band, so he came and saw me and then that weekend we played our first show. After one rehearsal. It was very quick. Very weird.”

S] So did you initially play covers or new stuff?

M] “No, all originals. I had to learn a lot of Jimmy’s stuff that he’d written but never performed before.”

S] How was the first gig?

Do you miss Australia or do you feel quite Anglicised now?

M] “I miss my Mum and by brothers and sisters but that’s about it.”

S] Have they ever seen you play?

M] “Well, yeah we did the ‘Visit Mum’ tour back in Australia very early on. Australia is very interesting it’s very good place to grow up and learn. You either surf a lot or practice your instrument a lot. And our timezone is based around our cows! We don’t do daylight saving because our cows aren’t getting up early enough! They need their sleep to produce sweet milk.”

M] So how was it touring in Germany with The BossHoss?

M] “Incredible, good fun. We will be back on the road with them shortly, mainly back in Germany. Before that we will be going to Norway then UK then the German tour. After that we will be touring the UK, Europe then America. It should be good; spreading the fun, giving it a go.”