We catch up with Matt Edible from The Holy Orders in 2015, to talk about music and inspirations. 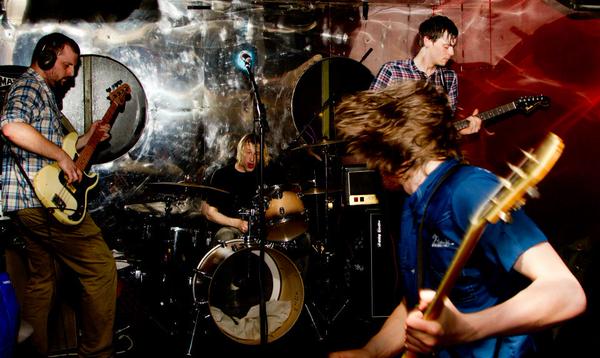 M] “It’s actually been really inspiring just getting out and playing more. We’ve had quite a busy schedule and just the act of playing a lot of shows has really spurred us on. Musically, we’ve been getting to listen to lots of stuff as a band going to and from gigs which is another bonus. Our tourbus (for bus – read car) music selection is varied to say the least. Recent favourites include Shellac, Leonard Cohen, Godspeed You! Black Emperor, Deftones, Omar Souleyman, Death Grips, Father John Misty – but that’s just scratching the surface.”

S] How do you feel about Hull’s music scene right now?

M] “There’s definitely a lot more bands about at the moment, probably more than I’ve ever known. There’s also a lot of support and enthusiasm for music in the area as well. As far as the music goes, there are some great bands at the moment: Vulgarians, Oedipus the King, La Bete Blooms, No Nothings, Foolish Atoms, The Schoolgirls, Fonda 500 – to name some. I’m a huge fan of music in general and all of these bands, and a few others from the area, are ones that I enjoy listening to and going to see alongside anyone else in my record collection. I think it’s dangerous to start viewing music from one particular area as a ‘scene’ though. If something’s good enough it should always stand on its own merit rather than be considered good because of the company it keeps.”

M] “The original plan was to release an EP but we’ve decided to hold fire and release an album early next year instead – typical Holy Orders logic as EPs seem to be quite fashionable at the moment. We want to be able to present a bigger picture of where the band are at. The will, however, be another single – ‘The Mercy Killing’ – which should be out before the end of the year.”

S] What does the Deuce of Hearts mean?

M] “The Deuce of Hearts is the name given to the eponymous character in the song. The lyrics refer constantly to the narrator’s relationship with her using a variety of gambling analogies and metaphors . The deuce (2) is a low scoring card – certainly not a good one for the heart.”

S] How has the band changed and developed since its beginnings?

M] “It feels like the first years of the band were all gearing towards the first album – ‘For The Ears Of Dogs To Come’ [2013]. Now that we’ve commit that body of work to tape, things feel a lot more relaxed. We can go out and promote that record but we’re comfortable trying out new stuff. The newer material feels a little more left-field but at the same time a very natural progression for the band. As a live band we’ve gone from strength to strength and, providing we’re not told to turn down, all of our shows are winning over new fans everywhere. This next phase of the band feels really exciting and we can’t wait to see where it goes next.”