In our next Band Spotlight, we chat to The New Resistants about their music and inspirations. 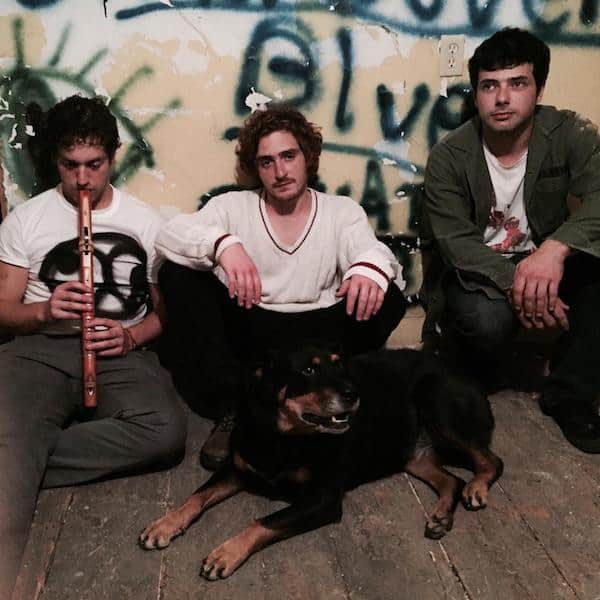 S] What themes and ideas inspire your music?

As an unwritten rule our music is about our lives, thus far. We try to keep our subject matter real, as in trials and tribulations of young people in America. To claim any real knowledge of anyone else would be a bit pretentious on our parts, so we write about what we know. Rock and roll and having a good time with it. That being said, a powerful undercurrent theme of our music is the effect of tyranny on innocent people; the reality of repressive wars around the world today.

Our two four song EPs ‘Hey, New York!’ released January 8th, 2016 and ‘The Right to Remain Violent’ released October 20th, 2016 have been our crowing creative achievements thus far. Music, the recording and releasing thereof, is why we’re here and why we do this. Another notable accomplishment was traveling up to Toronto for Canada Music Week 2016 to play the infamous Bovine Sex Club (our first international appearance).

S] What motivates you outside of music – people and places, for example?

Movies, podcasts, current events, and history to name a few. Interesting people (and this business is not shy of them) who show strong wills and enigmatic personalities. Success is a great motivator as well, but for the time being we’re just happy giving our fans a good show when they come out.

S] Which of your most recent songs best represents the music you make, and why?

‘The Girl’s Gone Crazy’ off our latest EP ‘The Right to Remain Violent’. Driving rhythms and powerful work on the guitar makes this tune really come alive. The lyrics are thought provoking, taking the song from just a catchy rock and roll tune to something that hopefully many people can relate to. That’s the balance we like to achieve when writing. The music and the words have to be good enough to stand alone, but complement each other when put together. I think we got it pretty right on this one and people have responded well to it, but of course all of our songs represent us and our diverse sound. We write what we want, when we want and pay little attention to typecasting.

First and foremost we are always practicing and refining our skills. We have many more songs written already, so will work on getting them recorded in the next few months (perhaps release another EP by the summer), as well as writing more. We are already working on adding some music videos to the mix, so looking forward to getting those out for all to see as well. Oh yeah, and of course GETTING SIGNED already!