Band Spotlight: We The Ghost

In our next Reverbnation spotlight, we chat to We The Ghost’s Beau Tyler about the band’s music and inspirations. 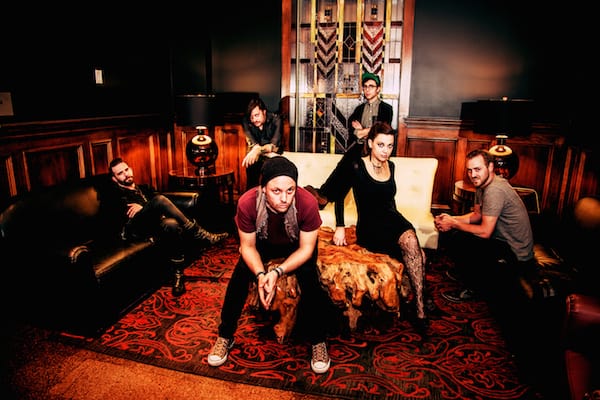 S] Hi guys how are you doing today?

Beau Tyler] “We’re doing great! Thanks so much for having us!”

S] What inspires your music and tracks – in terms of ideas and motivation?

Beau Tyler] “Almost every day I will sit down to work on a new song. When I write for other artists the song can come from just about anywhere, but with We The Ghost the song absolutely must be personal. Sometimes it might be social observation I’ve made, something that I, or one of the other artists is currently going through, or it can be something that occurred in the past.

For instance, when I wrote our song ‘Bad Girl’ I was really trying to put myself into the situation of a breakup that our guitarist had gone through. I always joke with him that he has terrible taste in women. To be fair, his taste in women is fine, but you’re not really in a band if you’re not giving each other a hard time. Our song ‘Letters To God’, on the other hand, was about losing my father to cancer. So really, the song can come from any subject matter so long as it’s personal and real. As for our style, well that’s just what happens naturally when we all get into a room.

A We The Ghost song doesn’t really become a We The Ghost song until every last one of us have put our two cents in. It’s usually a pretty quick process from start to finish. The chemistry is just something accidentally magical that we are all very fortunate to have stumbled across.”

S] What about outside of music – in art, or films – are there any inspirations you draw from?

Beau Tyler] I absolutely draw inspiration from books and film as well. For instance, I just finished writing a song called ‘Damaged Goods’ that was inspired by the opening chapter of Albert Camus’s book, ‘The Fall’. Camus is a French Author and it was penned in the 1950s so the book really shouldn’t be relevant in today’s world, but it is absolutely timeless and brilliant. I was on a long uncomfortable flight to Los Angeles when I was reading it and it just flew off the pages to me.

Likewise, our current single ‘Let Me Know’ was inspired by the scene in ‘What Dreams May Come’ where Robin Williams’ character is floating on a boat through Hell in an effort to get his wife back. The song is, of course, layered with anecdotes from my own life, but would have undoubtedly never existed without inspiration from the film. Art absolutely inspires art.”

S] Do you have any plans to tour the UK soon?

Beau Tyler] “There have been lots of discussions, and a few false alarms, about going to the UK over the last couple of years but it looks like 2015/2016 will see us in Europe for the first time ever. American’s do really look to Europe as a relative of sorts. So much of our various cultures come from our European brother’s and sister’s. I can’t wait! It will be a dream come true.”

Beau Tyler] “2015 started off slower than we are used to because we had just signed a new record deal with Spectra Music Group and it takes a while to get the system in place and to get everything rolling. However, in the past two months that little snowball seems to have turned into an avalanche. So many things are falling into place so quickly that it seems like the second half of 2015 will see us really begin to do some extensive touring for the first time. As a band who loves being on the road and meeting fans, but mostly really just loves being together, touring is one of the aspects of being a band that we relish the most!”

S] Is there a song that you’re working on right now that you feel like perfectly defines where your band is at right now – what is that song, and why?

Beau Tyler] “Right now we are working on a batch of new songs that may or may not be included on the upcoming album. They are late additions, but we’ve been on fire in the writing department lately so I wouldn’t be surprised if they bumped off a few of the songs already on the track list. In particular I’m thinking of two new songs we just wrote called, ‘Get To Stepping’ and ‘Daddy’s Favorite Daughter’. I’m not sure it perfectly definite where our band is at right now, but it definitely sums up where we are going. Somewhere where the beats are loud, the hooks are huge, and an ironic level of sass is seemingly dripping from the ceilings. Yeah, so we try not take things too seriously.”