Idiophonic is the electro-pop project of York-based musician Karl Jenkins and it sounds like a three-way fist fight to the death between IAMX, The Dresden Dolls and Martin Grech. We chat to Karl about his new record, ‘Black House’, plans for 2011 and the challenges of being an independent musician in North Yorkshire… 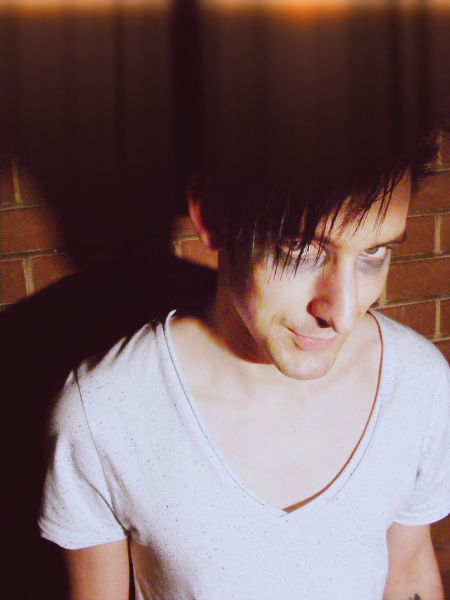 “It’s important to experiment and do something different”

S] How did you get started in music?

K] I started playing piano when I was young and then gave that up for a while. I ended up studying a MA in Music Production in Leeds and that really helped my knowledge of mixing and recording. I got introduced to lots of different sounds and things that I would never normally listen to.

S] Why have you chosen to base yourself up north and in York?

S] What influences you musically?

K] I am a fan of everything. It’s really difficult for me to say that I like one genre. One week, I can be listening to the pianist Claude Debussy and then the next, Regina Spektor because there are things that make those artists quite unique. I listen to everything and, I think that it is important to make the effort to seek out new things.

S] Where do you write your material?

K] It’s funny because, I write most of my songs at about 4am as a result of terrible insomnia! What tends to happen is that I will be laid in bed at 11-or-12 at night and just not sleep. There’s a funny thing that happens to me, because I will get a melody in my head and then that will go around and around – the only thing that I can do to stop it is to write it down. I know it sounds a little strange, but sometimes when I wake up, and I have had a dream that is happy, nostalgic or, it has a particular sentiment to it – that is a great time for me to write. I tend not to write songs about anything in-particular, like people or places. My songs always seem to be very ambiguous and often one will be based on a certain feeling, which is good because then people can attach whatever meaning they like to it – even I’ll write a song and then a month later it will mean something different!

S] What are you trying to achieve with your latest release, ‘Black House’?

K] It’s a very personal thing, and I didn’t realise that until I had finished it. There are lots of different aspects of my personality reflected on this record without me even realising it as I wrote the songs. It’s all very varied – a lot of songs are quite moody, ambient and electronic and then others, like ’86th St. Arms’ are just ideas that developed over time – that’s a drums track with some looped vocals – it doesn’t really have a specific meaning. Because I am from an academic background, when I am writing a piece I am constantly aware of what I am writing and what has influenced it or what idea or composer it has come from. It’s making those ideas fit together. I want to be really original, you know?

S] In the studio it is just you, and live you have brought guitarist Dan Kentley [of York metallers RSJ] in to the mix – why?

K] Because it feels like cheating. I do use backing tracks and things that I have recorded before, just because it isn’t feasible to bring an entire brass section to a gig, as much as I’d like to – perhaps in the future. It’s important for me to remember that this is a show, and a spectacle. People get bored very easily – it’s got to be able to translate to a big audience and that’s what having guitars brings to the sound.

S] Do you think that you will employ a full band n the future?

K] I would love to. It’s purely logistics and having the space to arrange enough people to play a gig. It’s also working out a way to translate a lot of the electronic elements into the live arena – I could have a Kraftwerk-style set-up and have four musicians playing different things. It would be cool, because I’d love to play with a bassist, a drummer, a violinist and a cellist definitely. I would love to make it bigger. I’m starting small and finding out what works – I mean, I could have an entire string section on-stage and then discover it doesn’t work, and that it sounds too contrived. A lot of rock bands will do that simply because it sounds like a good idea at the time, and it just ends up sounding terrible. It’s one of those things that I want to build up to rather than just diving in straight away.

S] Is there a track that you feel defines the state of Idiophonic right now? 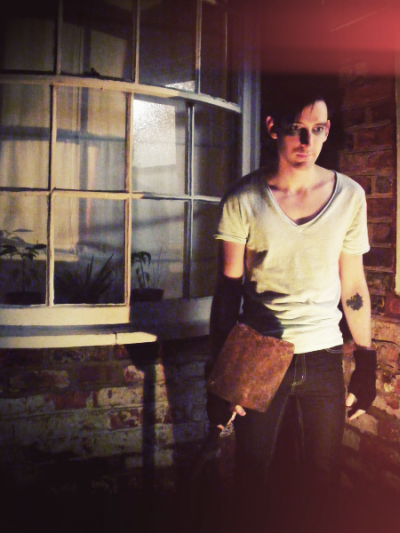 K] Probably a track called ’67 6′ – that’s the most moody, atmospheric track on the new album. It’s the defining track right now because I remember so vividly when I wrote it. I went for a walk in my back garden at about 4am as a result of this melody in my head. Because I was so tired, it was never going to be a ska song! The lyrics are based on this dream where I was walking around this abandoned office from the 70s with two floors and no stairs – I had to climb up on to the next floor. I remember the tone, and the colours – they translated into that song because I know what went into it.

S] How have your goals with regards to this project changed and developed since you started?

K] When I first started writing music I wanted to be hyper-rich and ultra-famous. I still want to be hyper-rich and ultra-famous. Nothing has changed and I will keep writing what I think works and what I think is original. I want to create original thought and have people want to steal my stuff and say, ‘Oh, that’s a good idea’. My sound is an amalgamation of influences from people that are already very different anyway.

S] What are some of the biggest challenges you face as a musician?

K] Playing gigs and affording studio-time and gear on my own is hard, because I have to work much harder to afford it. It’s mostly logistical. Also, when it comes to writing, I really only have myself to blame when something is terrible! Though when somebody likes what I do, it’s a great feeling.

K] To play and book more gigs all over the country and overseas. I just want to get this sound out there. One of the perils of being someone who markets himself online primarily, is that if I don’t play shows people are not going to just sit down and listen to me on MySpace. I have to make people listen, even if it’s only five people at a gig to start with.

S] What keeps you most passionate and driven to make music even on really bad days?

K] Watching other bands who are better than me! Checking out a live DVD of Muse, Regina Spektor or Radiohead, I always think: ‘I want to be that good and write that well’, and I get jealous. It keeps me awake at night and drives me to write to a similar, or better standard. It helps being around lots of very talented musicians in York – I am constantly inspired to improve.

S] What advice would you give to emerging artists?

K] If it’s something that you love, keep doing it. It’s not about the money. If you loving writing, having people hear your songs and getting feedback then you are in the right industry. If anything, experiment more and do something different – go on-stage naked, or set yourself on fire!