In our latest artist spotlight, York rockers Prowl chat about their upcoming tour, York’s music scene and their ideas. 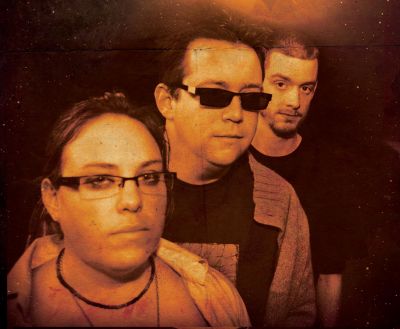 S] What is the Prowl mission statement? What do you want to achieve?

Benjamin] “Affordable decent music? Is that what we want to achieve? Our music’s already pretty free. We want to achieve, converting everybody to our music one person at a time, which means getting them to down to live shows.”

S] What have been the biggest challenges you have faced since you formed?

B] “We’re a really specific sound, and working within a genre that has less mainstream appeal, well.”

J] “It’s like trying to play a game on ‘nightmare’ difficulty. But in doing it yourself, you learn how to do it.”

B] “We’ve learnt from recording the album, which was a huge technical challenge, how we would approach things differently in future.”

S] What’s been your favourite moment?

J] “It’s hard to tell, because my favourite moment is always the last decent gig we played.”

L] “My favourite moment, was when we walked out at Stereo a few gigs back, [Ben] said ‘Good evening, we’re Prowl!’ and everyone cheered. That beat playing on that huge stage at Pickering last year.”

J] “Yeah, because if there’s no crowd, it doesn’t matter how big the stage is. Even the tumbleweed would be like… ‘who are those guys?'”

L] “Having David Gest turn up and watch us… that was random.”

B] “Yeah, but he gets around everywhere in York. He’s just part of the scenery now.”

B] “We hope to go out on the tour, and get to play in front of a few more people who haven’t heard us before.”

B] “Oh yeah, recording the next album…”

L] “That’s my favourite part of doing all of this stuff, it’s always recording. I like the live thing and everything, but I do like that…”

L] “Yeah, that craft, of being able to sit and take your time over creating something the way you hear it in your head. When we write stuff, we have an idea of what how we want it to sound in our heads, and it’s great to be able to get that out of our brain-holes.”

J] “Also, it gives you the opportunity to listen to the music the way that everyone else gets to listen to it, without having to play it.”

B] “I’m definitely looking forward to getting out on the road and playing at places that we’ve never visited before, but I’m also looking forward to recording, as I’ve learnt a lot since the last time we recorded, and we hope that the steps we’re taking for the next album will allow it to be more reflective of how we sound live.”

B] “[laughs] Yeah, that was it – Clinical was recorded too much in isolation.”

S] Is there a song from your first record ‘Clinical’ that means a lot to you, and why?

L] “‘Encounters’, because when we were recording it, it was my least favourite song in our entire repertoire, and then listening to it on the drive back from the studio, it got to the part with all the ‘twinkleyness’, and the sun was going down over the horizon… It was just this perfect magical moment. It was properly epic, I felt really proud of all of us.”

J] “I really liked the middle of ‘Inertia’, because we just f**ked about, and it reminds me of stuff like Pink Floyd. It has this really ethereal feel to it, you can zone out to it, forget where you are, almost.”

L] “‘Inertia’s one that I’d really like to play live more, but we can’t as it’s several hours long.”

B] “We’ll get away with it somewhere… We’ve played it live before. Maybe again, one day.”

B] “Personally, probably ‘Misplaced’ – just because of the way we recorded the vocals, we did it all in one session, and as the theme of the album follows an abstract ‘relationship’, from start to finish, and because it’s not quite as abstract as I’d probably like people to think, it wasn’t easy to be forced to revisit everything in quick succession, in order, as it were. That was a hard day.”

S] You’ve put together a UK-wide tour for next month – how are you looking forward to that?

B] “Yeah, we’re sick of talking about the tour. We don’t even care… [laughs]”

B] “Mainly by promoting it as much as possible, and trying to get everything out of my brain and in to a safe place… Like a spreadsheet. You should see the spreadsheet for the tour, it’s ridiculous. We’ve lucked out with regards to promoters and venues, though.”

J] “Yeah, some of the promoters are really switched on – that one, the way he was sending out the details on those emails, for loading in times and the technical side of things, that’s the kind of person who makes the tour easier.”

S] What’s the dynamic like in the band right now?

B] “Anyway. What’s the dynamic actually like? I boss you two around.”

B] “Hah, yeah, and then I do everything else, and then we all play the music. It’s a pretty decent dynamic. Stuff gets done, whatever… It’s a difficult thing to answer, because there are no politics, or anything like that.”

L] “We’ve all been best friends for who knows how long now.”

B] “Doesn’t look like it’s going to change. Even with the fourth member who doesn’t play. Who’s at work at the moment. But at least she’s not a Yoko.”

J] “Except she wouldn’t know who Yoko is!”

S] You are based in York, so what do you think of the city’s scene?

L] “The comradery between the bands, is brilliant – I’ve never seen anything like it anywhere else.”