In our latest Reverbnation Spotlight, we chat to rockers Skyward about their music and inspirations. 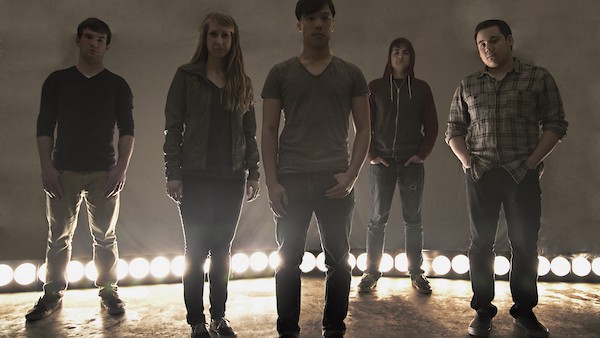 S] What themes and ideas inspire your music?

Jon and Jordan, our primary songwriters, tend to deal a lot with the ideas of a loss of innocence and dealing with the sort of anger that stems from it. We’ve been together awhile, and we were friends even before we were in a band, and so in a lot of ways we’ve grown up together. Things in our lives change drastically, and it can be hard to understand what we’re supposed to do or where we’re supposed to go. Our music is a way that we work through those challenges.

We played Warped Tour in 2015 and it was hugely motivational for us. It was such an honor to be chosen, and it was an incredible experience to play for those sorts of fans. I don’t know that we’ve ever played a show that was more fun.

S] What motivates you outside of music – people and places, for example?

We, as a band, just love films. Several of us were film majors or minors, and one of our favorite activities as a band has been watching movies together. Our drummer, Caleb, actually works in video and made our music video for “Animal”. Additionally, Jordan’s been able to help score some major motion pictures like “God’s Not Dead” which made over $60 million in theaters. When we made our most recent album, our producer encouraged us to think of our musical style in terms of movies. He chose “Kingsman” for us because he says we’re stylized, but still in control!

S] Which of your most recent songs best represents the music you make, and why?

It’s tough to pick any one song, but in a lot of ways the song “Casualty” may be the best example of our total sound. We’ve always loved huge choruses and big guitars, but that song allowed us to expand into some funkier, riffier territory as well that we hadn’t explored much before this album. Additionally, there’s opportunities for Anna to sing along with Jon. We love having that Civil Wars-esque dual vocal action.

We’ll be playing a few festivals this year including Canada Music Week. We’re excited to have our first international experience as a band!