Here’s our next artist spotlight on the epic Venrez – we chat with Steven Berez from the band! 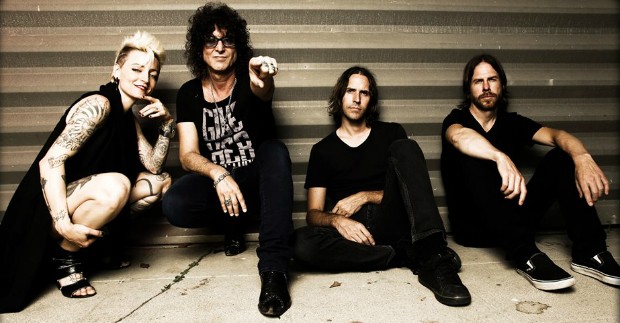 [like_to_read][/like_to_read]
S] What are you up to right now?
Steven] “We are in rehearsal for 9 big shows in the UK with Michael Schenker in January 2016!”

S] Talk to us about the formation of Venrez?

Steven] “We formed back in the summer of 2009 and went through several line up changes before the first touring version which ended up being my song writing partner, guitarist, backing vocalist and producer of all Venrez music Jason Womack, Ed Davis on drums, Michael Bradford on bass, Alex Kane on second guitar, and myself. Currently we are a 4 piece with Jason, Ed Davis and Cynthia Gillet from Billy Ray Cyrus on bass. We have never sounded better – Jason and Ed are from Juliette Lewis and The Licks.”

S] What sort of things inspire you guys outside of music – think films and book for example?

Steven] “It’s more world events, life lessons, and history which inspire us along with such past bands as Tool and The Jesus and Mary Chain.”

S] What’s been the highlight of your career thus far?

Steven] “Alice Cooper walking into my dressing room, for the first time, on tour with him before the fifth show in St. Louis, shaking my hand, and telling me we were great every night.”

S] What track that you guys are working on right now, or have released do you feel perfectly defines what Venrez is all about?

Steven] “‘Hang The Predator’ off our current release on April 25th ‘Children Of The Drones’.”

S] What are your main plans for the rest of this year?

Steven] “We have 10 big shows in Spain with Michael Schenker in November, then 9 more big shows with him in the UK this coming January.”