By Dom Smith June 3, 2015 Band, Spotlight
No Comments
In our next Reverbnation Spotlight, we chat to Hunter Kennedy of Seven Story Fall. 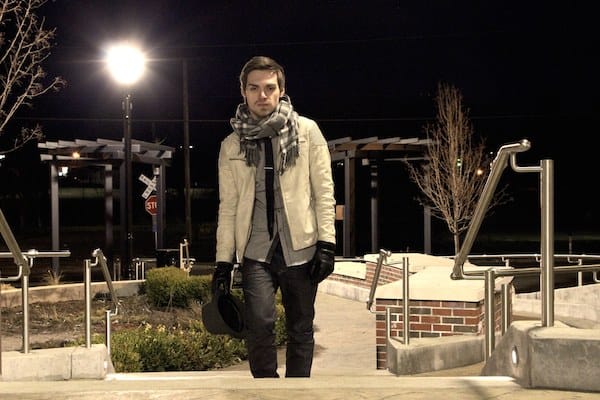 S] Hi guys how are you doing today?
H] “I’m doing great , feeling pretty good today just finished another song idea to add to the crop to select from for the next album.”
S] What inspires your music and tracks – in terms of ideas and motivation?
H] “Well, it depends really on the feel of the music, I typically picture a scene or topic in my head when I hear the music. I record all music first to help this process. Specifically, the current album out and the next are themed albums which have their own stories and the songs are the soundtrack to that story which each song being a chapter so I already know the main topic and write around that based on each songs feel and just pick 12 for the album.”
S] What about outside of music – in art, or films – are there any inspirations you draw from?
H] “Not really specifically, I just like epic stories that make you really feel something intense and the topic of the story is something important, like the world coming together to save the world from destruction rather then some boring relationship song. We have a ton of problems with the world now a days so i think its good to address the big and small problems in a theatrical fashion using metaphors to entertain but still state the point.”
S] Do you have any plans to tour the UK soon?
H] “I wish I could tour the UK right now but currently I’m booked for a US tour this summer and focusing on the next albums recording process and release after that, so I have no idea when I’ll be around there but I hope to soon!”
S] What are your main plans for the rest of 2015?
H] “I just plan on getting the next album finished as I’ve already recorded two of the songs so far, and then tour on that. This summer I’m closing out my current album on a US tour called the extreme tour. Id also like to get some more music videos out but I’m really focusing on shooting a movie containing both the current and next albums stories and the songs as the whole movies soundtrack so that’ll be a bit of work and will be time consuming, but I want to do more then just perform some songs I want to be a full out entertainer and do more with my music.”
S] Is there a song that you’re working on right now that you feel like perfectly defines where your band is at right now – what is that song, and why?
H] “Not at all! I’m very diverse and each song sounds different, my goal is my albums to sound like soundtracks to a movie but with the same artist on each song. I love all types of music and like to write different stuff so one song couldn’t possibly sum my project up. I’m gonna make it so whatever mood your in you can listen to my album.”