Geoff Lee, the man behind Modulate, seamlessly blends sub genres of modern Industrial and electronic music into a distinct and original sound. First gaining notoriety in 2006, when the song Skullfuck began taking over Alternative dance floors Worldwide. The EP stormed the charts in Europe and Modulate toured with VNV Nation and Combichrist, all before releasing the first album ‘Detonation’ which will hit us this month. 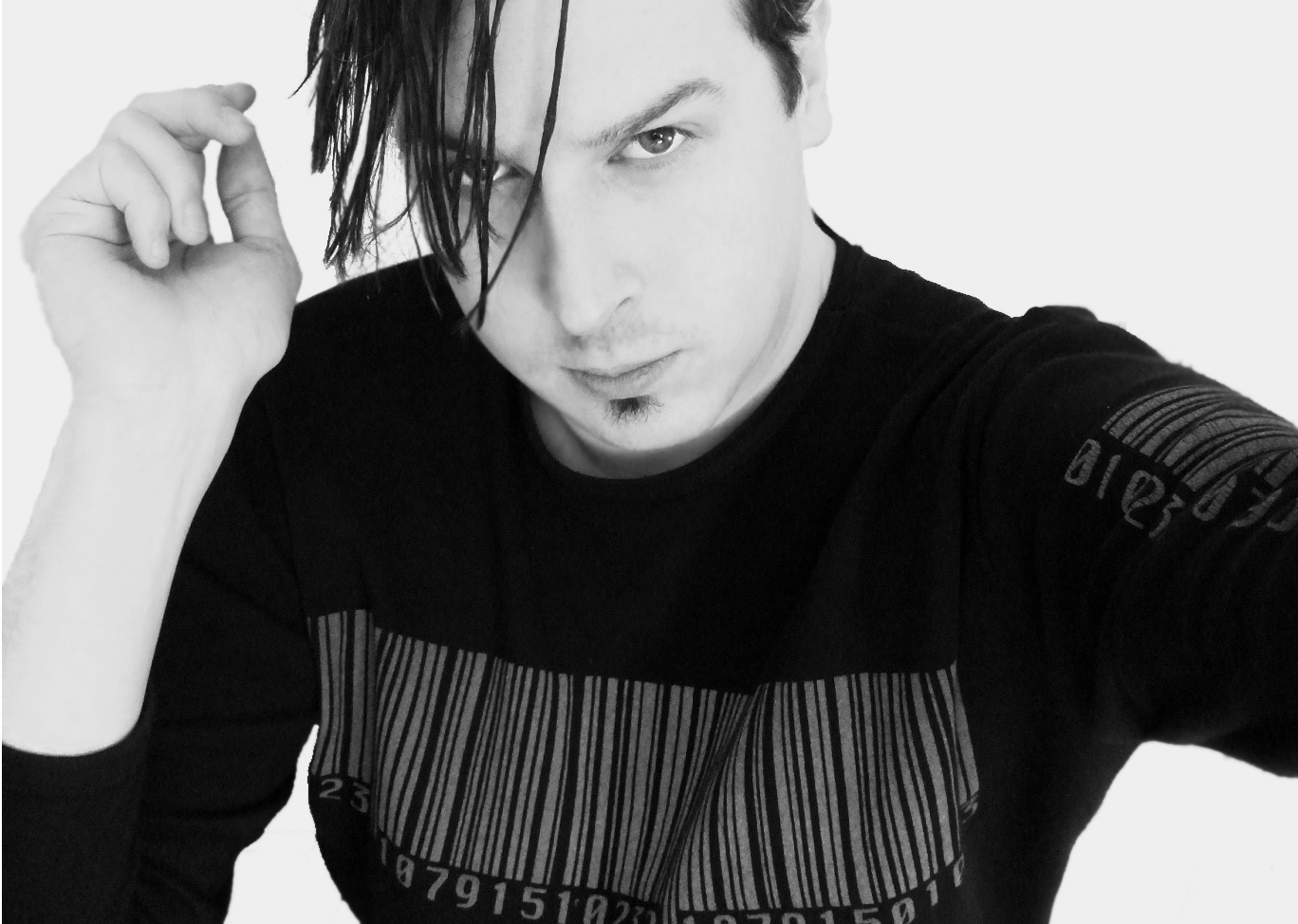 Geoff says that he often looks to his hometown of Manchester for inspiration: “I think the sense of openness inspires me most, exposure to many and varied cultures, fashions and music. In the late 80’s and 90’s there was a tremendous dynamism in the city, everyone from the Stone Roses to the Happy Mondays and New Order, the Hacienda and the dance scene.” He continues to describe the confidence that being in his home city and DJ’ing has given him in terms of creating in music: “I used to DJ various indie nights and people wouldn’t think twice if you dropped a dance or hip-hop record into an indie set.  ‘Manc’s’ have an innate sense of cool about them and the biggest thing I take away is its vibrancy and eclecticism.”

Reflecting positively on his few Northern gigs, Geoff talks about playing Woolstock III in Leeds this past May: “We had never played Leeds and because I spend so much time over there it was pretty much a hometown gig.” He continues: “A lot of people knew Skullfuck, but they hadn’t heard the new tracks.  We played our remix of Faderhead’s Dirty Grrrls, Dirty Bois and got Sami (Faderhead) to sing the vocals live which was great, it was a fantastic atmosphere”.

Geoff’s mentality as Modulate is to make the most out of what he has, and always push for better results. This philosophy has served him well thus far in his career: “I think there is a certain punk element to what we do, cobbling together bits of technology with next to no money.” He continues: “The album was basically recorded with zero budget on a creaky old PC and it shaped how the album sounded, It’s more about the energy captured than any technical brilliance.”  In terms of the themes he wants to portray, Geoff states that the new album is a statement of intent: “Essentially it is a calling card for what Modulate is about.  It really is a punch in the face of an album.”

Apart from music, Geoff is proud of his resident DJ slot at the Wendy House in Leeds each month. He says that the gathering reflects the North and its scene particularly well: “Maybe London has the edge in terms of Alternative shops, but in terms of clubs, I think the North holds its end up. We had 1700 people for our 10th Birthday with people travelling from all over the country and I can’t think of another night that is comparable to that anywhere in the world.”
As we can only imagine Geoff, who has built a reputation in the Alternative industry for doing what he loves whilst making people dance and shout in time with his music, is feeling positive about the future. Having recently signed a deal with Metropolis Records he discusses in brief what it is like to be on a roster with such commercially successful acts as Gary Numan, Mindless Self Indulgence and Combichrist. “Metropolis just felt like the natural label to take the band on to the next level, they can take you as far as your music will take you.”

Discussing the inspiration behind the now famous track “Skullfuck” Geoff says that it started as a simple dance tune and has become an anthem for those around him when they become angry or stressed: “The song wasn’t personal at all, though I know it has become that for some people, it’s one of those songs you can cut loose to and use as an aural punchbag.”
Having never had the time to reflect upon the success of his work in great detail, he comments on the bands first tour of Europe: “It’s one thing to open a tour for VNV Nation in Frankfurt after just three gigs, it’s another to have that audience there to see you with you headlining, so if you want that size audience you have to be as good as they are.” He adds: “The biggest change in my attitude was realising where I needed to be at as an artist in terms of quality of output and the level of professionalism required.”

Last year was an important time for the Mancunian, touring Europe with VNV and then the United States with Combichrist. He looks back on the experiences fondly: “We knew that we could blow a venue apart with the right audience.  It just gave us this absolute cast iron confidence in what we were doing.” He continues: “with the Faderhead remix we did (DirtyGrrrls, DirtyBois) becoming another huge, and very different sounding club hit recently. I realised, ‘Ok, I’m confident in my ability to do this now.’

We discuss the first tour, finding Geoff is more than happy to talk about what he believes are some truly great moments: “Looking out from the stage at a sold out Strasse E in Dresden, the crowd seemed to go on for miles.  You just have these moments, ‘Wow, I’m on stage   in Paris, Berlin and Hamburg opening for Goth and Industrial legends VNV Nation.’  I don’t think you can ever have anything more exciting than that first tour.”  He adds: “You get your AAA laminates, your bunk on a really nice tour bus and your own dressing room, it was a definite feeling of having arrived.”

From then on Modulate appeared with Combichrist and became professionals at producing fast paced, sweat drenched techno fuelled live shows in a very short period of time. Unfortunately we don’t get to print the bit about the “donkey and stripper” themed club night, but only because after little people serving nachos at a strip club in Texas, the band did not stay around long enough to see what the donkey was for: “Combichrist, It was carnage! Just getting such an amazing reaction blew us away on many occasions, the audience shouting along to your songs, screaming so loud you can’t even think”. He adds: “To quote our driver, we were the hardest drinking, most rock n roll tour he’s ever had on his bus…and he’s had Metallica, Greenday and Kiss”.

Geoff states that in the genres of Goth and Industrial music specifically, musicians on both a big and small scale and their fans maintain a very close bond especially in the North of England. It is most important for the vocalist to try and keep in touch with those that have helped him and his band get to this point:

“It’s not always possible to reply to every piece of mail you get, but it’s a nice distraction sometimes.  It’s always nice to get a message from someone going “When are you coming back to play in my town? I can’t wait to see you again”.  I remember being a kid and looking up to musicians, so I try to answer as much as I can.”

For more information check out:
www.modulateonline.com.

The album ‘Detonation’ is released on the 19 September in Europe on Infacted Recordings and on the 23 September on Metropolis in the USA.