Sweden’s Alice In Videoland are one of the most exciting electronic groups on the world scene right now with their infectious mix of synthpop, punk and rock the band are making serious waves. We caught up with AIV’s drummer Anders Alexander to talk about what’s been going on recently… 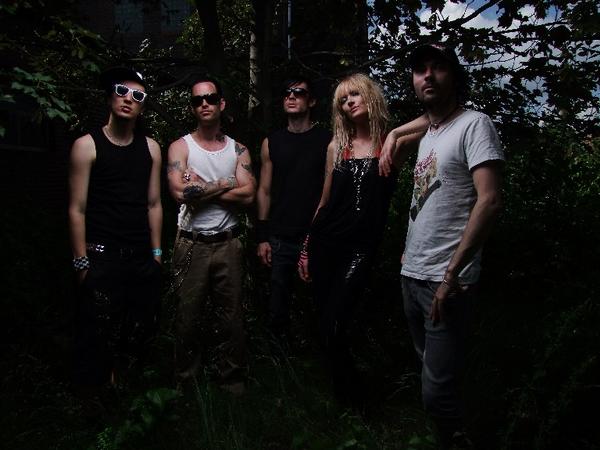 “Attitude is not interesting in the long run, but melody is”

S] What are your biggest plans for this year in terms of touring and recording?

A] The plan is to write new songs and then record them. The only touring for us this year is a short one in September. This will be in Russia and Ukraine!

S] Can you tell us why you are so passionate about electronic and Industrial music?

A] The fact is, we are not particularly passionate about it. We like all kinds of music including electronic music. Myself and Toril [vocals] make all the music and we come from a very punk and rock background.

S] Can you describe to us in as much detail as possible what your ‘videoland’ would be like?

A] I think that it would be a place where people are not busy with politics, religion, sports, fighting or listening to reggae.

S] How have AIV developed as a band since you have been together through your music?

A] We have become a better live band! And we know how to say ‘cheers’ in ten different languages now

S] You are releasing new material this year, how do you feel about it in relation to your previous work?

A] I’m sure the next Alice In Videoland album will be our best so far. Only half of it is almost finished though, so I can’t say too much yet. We have some really good songs coming up, and we are focusing more now on great melodies than on attitude like we did on ‘She’s A Machine’. Attitude is not so interesting in the long run but melodies are. In a way it’s more old school AIV but with better sound and production.

S] If you can tell, what experiences inspired the song, ‘Cut The Crap’?

A] ‘Cut The Crap’ was actually a completely different song in the beginning. We had the verse, but we thought that the chorus sucked. We kept the verse and made a new chorus that was the one you all know. Then we thought that chorus was too good for the old verse so we threw that one out the window and made a new one in just five minutes. Toril then went out to have a smoke and when she came back I had written the bridge and there you have it.

S] What are you guys most looking forward to about returning to the UK and performing?

A] My god it was so long ago we played there for some stupid reason, so I guess everything, but of course to meet our new fans would be the best thing for us to do again.

S] You’ve got a very strong visual image both on stage and screen, how will you be moving forward with that this year – will there be another video, and do you have any ideas for it yet?

A] We want to finish the album before we make plans with videos and singles. Though, having a new video will be very important for us.

S] We know that you guys like your films so, if you could put your music into any one of your favourite films, which one would you choose and why?

A] I say ‘Planet Terror’, because it’s a fantastic movie, or the first ‘Transformers’, not that it’s a very good movie, it really isn’t, but it made me think of how cool the music could be if we did it.

S] If the world was overtaken by zombies and you had to choose a weapon to fight with, what would it be and why?

A] I would use an old-school 12-gauge shotgun. How cool is that!?

Check out the video for ‘Cut The Crap‘ below: