Recently, we had the opportunity to sit down with York-based alternative metal act Bitterskies to talk about their history, the local scene and what they hope to achieve in the future. The band is made up of Leon Robson (drums), Simon D. Heaven (guitars), Josh Adamson (guitars), Marc Brown (vocals) and Nathan Wright (bass). 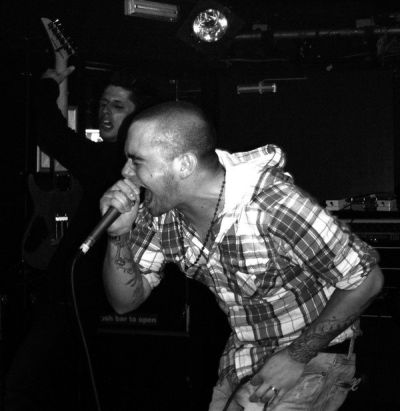 “We’re doing something different to other bands in the area”

S] How has Bitterskies progressed since you all started?

NW] We changed the line-up – I started playing bass just before Christmas – this is only my third or fourth gig.

JA] Musically, I suppose it has changed, it used to be a lot more simple back in the day but it is  different now and much more complex. I started playing bass in the band but then, I just learned what these guys were doing and it was very easy to pick up. Now, I have moved on to guitars with Simon. I have been in bands previously with him as well, so we are a lot more used to playing with each other so we actually make music like we used to write together. So in that respect it is a lot more technical and a lot more comfortable from my point of view.

S] So what has been the defining experience so far?

SH] Probably the biggest thing we have done is support Napalm Death.

S] What do you think of the York alternative scene?

SH] It needs something to happen.

MB] It is the same as it was nine-years-ago. Everyone is so generic I guess sound-wise. The only band close to our genre is Melody Of Your Demise, who have only just started up. They are a metalcore-type act. It’s nice to have that diversity.

NW] It is nice for us to do something different when other bands are just continuing with what they have been doing for so many years.

S] Are you planning to bring any recorded material out soon?

JA] It’s in the works

MB] By the end of the summer hopefully we will have something recorded and we’re looking into a new photoshoot and video.

S] So is that the plan for the year?

JA] Well, we are playing around Yorkshire. We have got Bradford, York, Shipton and places like that, but I suppose the plan the plan is to get a bigger fanbase.

LR] Yeah, rather than just around York, we want to play in Leeds and Bradford etcetera. Instead of what most bands in York seem to do – just play gigs here. We need to gig all around the place but still support the local scene.

SH] It is important to play a lot in your home town anyway, it sharpens you up. You need the practical practice of playing gigs and there is no substitute for that.

NW] A lot of bands do a gig in York and then end up in Liverpool or London next. If they do that, then no one is going to see them. You need to work your way out like a nuclear bomb. 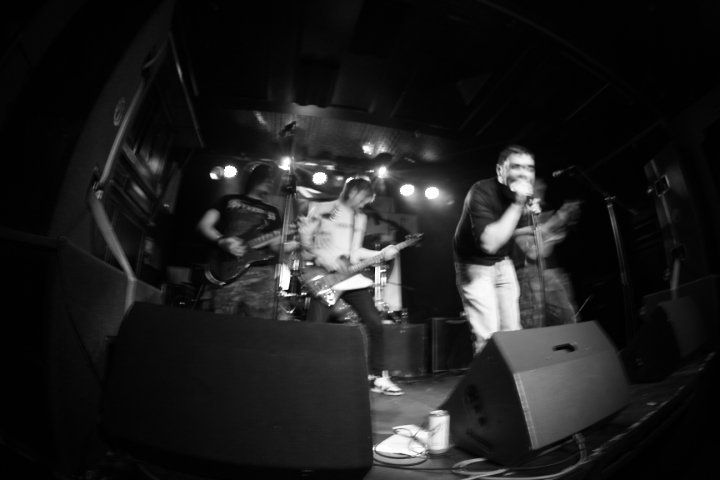 S] So what has been the biggest challenge so far with the band?

SH] Keeping up with the expenses etc. Definitely the money side of things.

S] If you could tour with anybody who would it be?

MB] American Head Charge if they were still about. Otherwise, Norma Jean, Every Time I Die, Dillinger Escape Plan, Protest The Hero or Meshuggah. Or, we’d just play at a festival where all of those acts were playing.

S] If you had a launch party for a new EP or an album and you had to chose one person dead or alive to bring who would it be?

SH] Pope John Paul – the one most recently deceased.

NW] That guy from Dead Or Alive [Ed: Pete Burns?]

MB] Cameron Heacock from American Head Charge would be good.

S] So for each of the members of the band, which is the most influential band or album for you?

LR] Drum-wise it would be Slipknot‘s first albums. But from what these guys have made me listen to recently, it is a lot more technical so things like Dream Theater.

SH] For me, the biggest influence ever for my playing would be Megadeth’s ‘Countdown To Extinction‘.

JA] For me, it was ‘Demanufacture‘ by Fear Factory. Personally, I think it is the best album ever made. Guitar-wise especially, the rhythm guitar that is played in the album is amazing from American Head Charge.

MB] I’ve got two. First one, is obviously ‘The War Of Art‘ by American Head Charge and then,  Norma Jean‘s ‘Bless The Martyr And Kiss the Child‘.

NW] Anything by Lamb Of God, The bassist plays more technical stuff. With this band I have been playing a lot more guitar-lines on the bass so, it is a lot more interesting to play and a lot more fun.

S] So what is the new album or EP going to be called?

SA] ‘When Trains Collide‘ is the first idea of what it could be called. It’s all up in the air though at this point, no one knows and it is a long way away so, we will see what happens.

S] If you could have any fictional cartoon character to join the band who would it be?

S] Anything you would like to say to everyone?

MB] Also we are playing a lot more gigs through the summer. Hopefully, it will do us a world of good.

Melody Of Your Demise