Concrete Lung is one of the most exciting and innovative industrial metal acts to come out of the UK over the last decade. The abrasive sound clashes with raw-yet-intelligent song-writing to create material that deals with dark but realistic themes to soundtrack society as it stands today. The band has just released the ‘Waste Of Flesh’ EP and they will be playing this year’s Infest, so we thought it would be a great time to grab mastermind Ed_Oxime for a cheerful-ish natter… 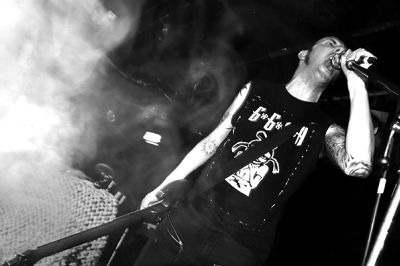 “95 per cent of humans are a waste of flesh”

S] What was the main theme for the ‘Waste Of Flesh’ EP?

E_O] It was just to get across the atmosphere of the modern times. The concept behind ‘Waste Of Flesh’ is that 95 per cent of humans are a waste of flesh, there’s no real hope in humanity and we are on a downhill spiral to our own deaths. It’s about enjoying the ride and taking what you can.

S] Ed, how are your inspirations and goals different for Concrete Lung in contrast to Katscan and your solo work in Oxime 187?

E_O] I am far more serious and focused about what I want to do with Concrete Lung. This is my music on my terms; I pick and choose what we do and where I take the band. Oxime 187 was just a platform for experimentation that lasted for 10 years.

S] What was your best experience when looking back at the recording of this album?

E_O] I think that it was shouting my guts out in a freezing loft, recording the bassline and vocals for ‘Destructive’ was also memorable, they were the last parts I put down and I had a very limited time frame so it made things pretty intense.

S] What are you looking forward to about bringing your sound up north?

E_O] I would like to come back to do a gig. We played the Roadhouse in Manchester last year, only a handful of people came down though so it was pretty disappointing as Manchester is my hometown. It is going to be great just to be able to play a few gigs outside of London soon.

E_O] Playing in Europe and getting the next EP done. It should be out in October 2010 with any luck.

S] Concrete Lung’s lyrics and sound are an intriguing mix of atmospheric soundscapes and raw aggression – what does the band and the music mean to both members individually? 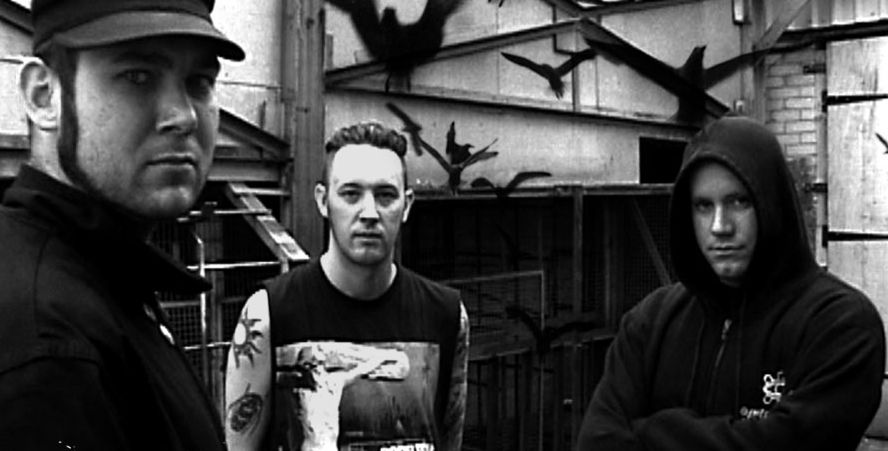 E_O] Yes, it is a platform to release our aggression and also to put out a message about the times that we live in. It is a direct output or response from the input I receive from living in London and life in general.

S] How has your opinion of the industrial genre and music changed and developed since you began your career and up until this point?

E_O] Things have changed dramatically over the years. I remember doing my first demo and having 50 tapes to give out. Now, it is possible for 50 people to hear your demo in one evening on MySpace. But that seems to have diluted everything somewhat to the point that people have so much choice. It is also very easy, easier than before to make music and distribute it. There also seems to have been a massive increase in really sh***y industrial bands with the increase of how easy it is to create music on a laptop.

S] Where were you when you thought up the track ‘Breathe In Monochrome’ from the new record and how did your surroundings influence the tune?

E_O] I was at a train station in the rain when I came up with the lyrics. I don’t remember much else about it. I go through so many song ideas that they just become a blur. It’s hard to remember how they originally happen until you come to the final stages of writing.

S] How can you see the Concrete Lung sound and concept progressing in the future?

E_O] We are progressing a lot more as we do live shows and work as a band. Also, the other members are becoming a lot more involved with the writing of the music and we are evolving into more of an organic yet mechanical machine….

S] What do you enjoy about performing live in contrast to being in the studio?

E_O] It is just such an outlet, sometimes it works and sometimes it doesn’t, dependent on a number of different factors. It’s just great to be able to bring this music to life in a live environment as it takes on a whole new form.

E_O] My bass is always a good weapon, even when it’s not plugged in!

The band will play Infest Festival in Bradford this August.