For our latest Reverbnation spotlight, we chat to Dead Dawn vocalist China Morbosa about her band’s inspirations and plans for the new year. 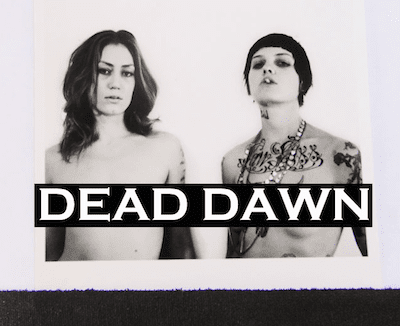 C] “Some of them are: Neil Young, The doors, Gun Club, Warsaw, Iggy Pop, Patti Smith, Leonard Cohen, are the first ones to come to mind. There’s to many great artists to name them all.”

C] “I think that the struggle of existing in a capitalistic society is definitely a reappearing theme, but also a lot of material focuses on the lives and lifestyles that are unpublicised or misinterpreted by the media.”

C] “We have a song called ‘The Woods’. It’s soft, heavy, and angry. Although we consider it our ‘love’ song, its also about the dilemma of living in a never ending metropolis.”

C] “There’s more happening in Los Angeles and America in general than you hear on the radio or see on the television. We are all not obese and ignorant. Anyone outspoken and going against the grid is getting swept under the rug.”

C] “We are putting out a 7″ vinyl with Steve Albini next year! We’ll also be working on an East Coast and European tour. We want to play in the UK!”