Normal 0 false false false EN-GB X-NONE X-NONE MicrosoftInternetExplorer4 Hull’s new classic metal sensations Heat-Ray have been making waves for a while in their hometown. They have played with some real legends of the scene including Skyclad and Blayze Bailey. Recently, we were fortunate enough to catch up with the band’s vocalist Paul “Chunk” Watling to discuss what lies ahead for the proud and determined five-piece. 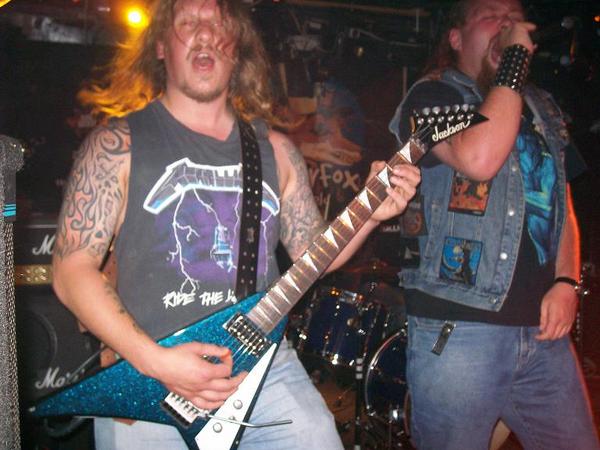 S] You guys have played with some real metal legends; what has been your defining moment as a group so far?

PCW] It’s always humbling to play a stage with big name acts and especially some of the guys who played through the ‘glory years’ of Heavy Metal. Our most defining moment so far has to be the semi-final of our ‘Battle for Bloodstock’ competition. The crowd of 150 plus people were packed into a small venue, chanting our name over and over again. That was a humbling and very uplifting experience!

S] You started off playing just covers, was it difficult to make the transition to writing your own stuff?

PCW] Not really, we only played one gig as an actual covers band, supporting Soulflame at The White Room in Hull which closed down a while ago (RIP) when their support act for the night dropped out at last minute. We got the bug for playing live and decided to start having a go at writing our own stuff. Our next gig, supporting Talamasca, we had two of our own tracks and carried on from there. We still like to slip a cover in at the end of our sets if we have time as a bit of a homage to our heroes, it’s usually either a Metallica, Anthrax or AC/DC! Metal!

S] When you write, what are you most inspired by? Is it as simple as you just trying to embody the spirit of classic rock and metal on a song like ‘The Devil Killer’ for example?

PCW] Inspiration is a hard thing to describe. When we’re writing songs we have two golden rules. First, ‘Does it sound good musically?’ Second, ‘Does it make your headbang?’ If we’ve fulfilled those two criteria then we’re usually pretty happy. I guess the ultimate test is the fans. If we’ve played a brand new song in our set we’ll ask people what they think, if it’s liked we keep it in there!

S] Recently you offered your services as a band for completely free if the gig is right, in your current position many would see this as a “brave” choice and others would never dream of it – so why?

PCW] All we really want to do in Heat-Ray is play our music to as many people as possible. This might be a cliché line these days but we do it purely for the love of it. Every band dreams of making it big and playing Donington, but for most it’s really not a reality.  In a market so completely oversaturated with bands of every genre, venues and promoters are constantly inundated with bands requesting gigs. Although I’m sure every band out there thinks they’re the next big thing, these venues and promotors don’t really care. To them you’re ‘just another band’ and so if you are confronted with two bands, one who is asking for money and one who doesn’t… which one would you choose?

S] What is the recipe for Heat-Ray; in recipe format if you please?

PCW] Heavy Metal, beer, good times and more beer, mix these ingredients together with a lot of sweat and passion and out pops Heat-Ray. We’re like a demented chocolate bun or something.

S] What do you think about Yorkshire’s metal scene at the moment – do you think that it is in a positive state?

PCW] We feel it’s much better than it was when we first started Heat-Ray. Now we’re getting out of Hull’s predominantly indie scene we’re bumping into many bands with the same ethos as us i.e. ‘let’s have a laugh and play some old school metal.’ We’ve played with some right cracking lads and lasses during our time together and it’s very inspiring to see so many people giving it a shot!

PCW] Crack whores and beef jerky. No, we bought ourselves a minibus with the winnings, which we now use to get our fat asses all around the country.

S] What are you looking forward to most about the possibility of taking to the stage at Bloodstock?

PCW] Heat-Ray was started by a bunch of drunk friends sat around a table who, as I’m sure many a drunk person has done, decided to have a bang at starting a band. It really was just something to do on weekends but three and a half years and a shitload of hard work later we’re in the final of a competition to maybe play in front of 2,000 plus people at one of the biggest underground metal fests on the UK calendar, not to mention the hordes of record company scouts, magazines, promoters that flock to the event in search of acts to work with. It would really be a dream come true for us.

S] What are your biggest plans for the rest of this year, will there be more recording?

PCW] Yeah, we hope to get the rest of our catalogue recorded soon, but it’s always the question of money and time. We really want to spend the rest of the year getting our name out and known in as many places in the North of the country as humanly possible and as always, we want to get drunk a lot. 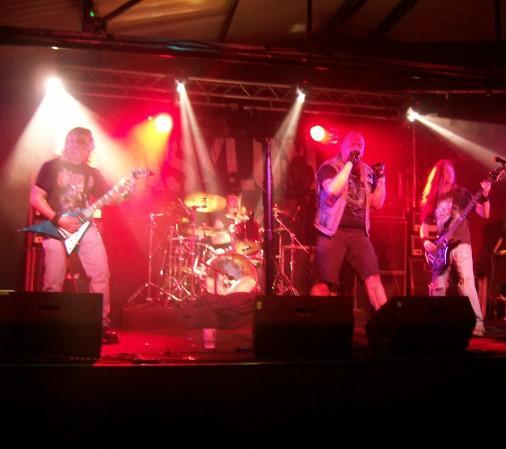 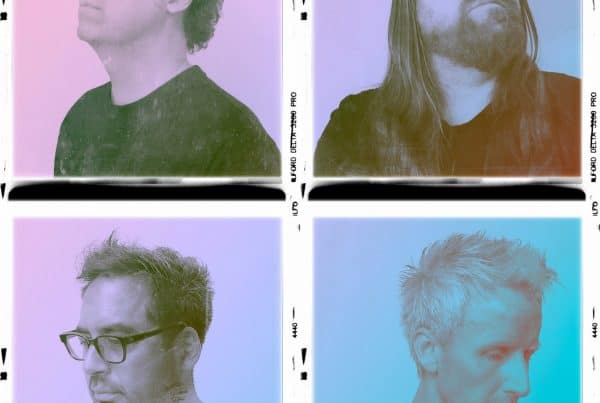