In our next band spotlight, we talk to Anth Alonso of Barcelona-based alt-rockers, Lancaster. 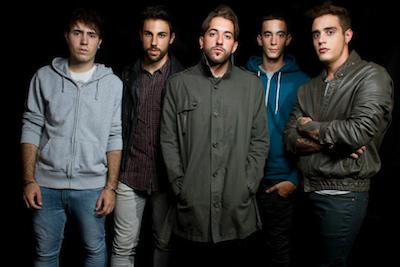 S] What have been the biggest challenges over the last few years as a band?

A] “Well, the fact we finally see ourselves as a band is great, we did it, and we are so proud of us! But, obviously the touring experiences and the recording experiences were amazing, and the fact we have a plan for the years to come makes us pretty excited.”

S] Why should rock music fans pay attention to you?

A] “Just because we are a energetic young rock band, because we do this from the humility, from the hard-work, and above all, we do this with passion. People need passionate musicians, we don’t need money, we don’t need fame, we need fans, friends and people who like and want our music so we can end up making a living out of it.”

A] “We are recording our very first album, which will be released during 2014, then, we will be touring Europe, which will be mind-blowing! We are looking for people who want to support our street teams throughout the countries so we can make it bigger, so if anyone who reads this wants to help, just contact us.”

S] How does it move forward from the ‘Squaring The Circle’ EP, and the ideas that were present on that?

A] “With ‘Squaring the Circle’ we wanted to introduce the band to the world, we were searching for a sound and maybe we didn’t quite accomplish that, but this time, we had time, and there’s more work (and time) behind the new songs. But we will keep on rocking! Every song will be an hymn!”