Hailing from Belfast and finding success in their conquest to win their native city over, More Than Conquerors have their sights set on taking their “Rapture-style punk-funk” to a wider audience. We spoke to the band as they embarked on their début British tour. 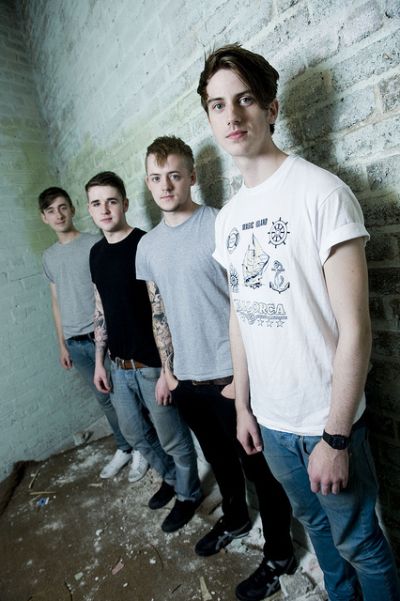 S] We’ve caught up with you during your first UK mainland tour, how’s it going for you so far?

M] “It’s going really great. We’ve played seven shows so far, and we’ve got eight more to go. We were starting to get a bit tired, but we’ve had a few days off in Manchester and now we’re all rested and ready to hit the road again.”

S] How is it comparing with your experiences of touring in Northern Ireland?

M] “It’s different. We’re used to playing shows to a good lot of people in Belfast, but when we’re in the UK, no one knows who we are, so it’s basically like starting all over again.”

S] Do you find people have any preconceptions with you as you’re from Norn Iron?

M] “Luckily for us, the music coming from Northern Ireland is amazing, and people in the UK are starting to take notice, so it’s a lot easier for unknown bands like us that are trying to get a foot in the door.”

S] Where would you like to take the More Than Conquerors tourbus to in future?

M] “We’d love to see Europe in the next 12 months so that’s the main goal at the minute. After that…who knows. We hear Japan’s alright.”

S] When the tour finishes, you’re bringing out the ‘Boots And Bones’ EP. How’s the mood among the band as its release date draws nearer?

M] “We’re really excited about it, mainly because it’s been a long time coming. We recorded it last October so the fact that we can finally see it in our hands is a real treat.”

S] What’s the response been like from press and fans? How do you react to the feedback you get on your music?

M] “‘Boots And Bones’ is much heavier and darker than the last EP which we love. We weren’t so sure how everyone else would react to that. So far it’s been a real success amongst our fans and from press. Here’s hoping it continues.”

S] Can you tell us anything about what else More Than Conquerors are getting up to after the tour and the EP?

M] “More touring for definite and we’re in the middle of writing our album at the too. We’d like to have it out by early next year, but don’t hold your breath.”

M] “Keep an eye out for more music videos and ridiculous happenings on Facebook.”