After almost four years drumming for Placebo, Steve Forrest is stepping up into a frontman role with his new musical side-project, Planes. With their début EP released today (November 14) and marked by a launch party tonight in a London bar, Forrest gives us the low-down on how his various creative projects are currently taking flight. 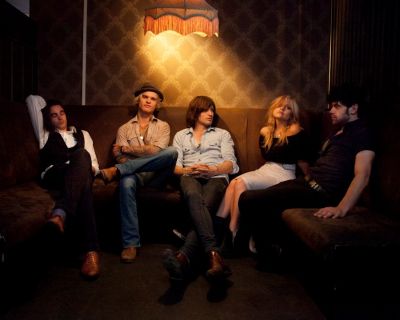 “With Planes, it’s trying to make my stamp before my body gives way.”

S] How are you feeling right now about Planes?

SF] “It’s great… Planes have got together, and now this EP’s coming out, we’ve got loads of gigs, everything’s coming through. People are starting to catch wind of it and are getting us to help us out …ah yeah, I’m staying busy, it’s better than going f**king nuts. I’m trying to get us to do a month-long tour soon!”

S] What’s the plan for the moment?

SF] “The EP is coming out on November 14, we’re doing an EP launch gig at Hoxton Bar Kitchen – we’re going to use it and ride off it for the rest of the year and in January, we’ve got plans to record an LP. It would be nice if we could jump on tour with somebody and they can take us out for a few months.”

S] How did you bring the band together?

SF] “With my guitarist Ted Brunning, it was easy, because we’d been playing together before and we wanted to start a band and when we decided to do it, he was the first person I thought of. Finding Char O’Lette was pretty easy, because she came through Ted, and as soon as I heard her play and sing, it was like, ‘Yeah, magic’. The hardest part was the bassist and drummer.

We had a drummer who’d done three tracks on the EP, but he couldn’t keep it up – so a friend suggested Eddie who worked at a local pub, and as soon as I met him, I thought he was perfect before I even heard him play. We couldn’t find a bassist for ages, and we went through so many people, and then Handsome Dan came through from Eddie. The process of finding people was that, everyone brought someone else in. It’s very much been love at first sight for us; it’s a big reason why we are the way we are. We get along like we’ve been friends our whole lives.”

S] What’s the inspiration for Planes?

SF] “I have a lot better respect and understanding for what Brian [Molko, Placebo] gets up to; there’s so much pressure as well – especially when we’re funding it ourselves. Playing with this band, everyone pulls their weight and is working together – we’re doing everything DIY. It’s taught me a whole new sense of responsibility – being that frontman and worrying about entertaining. When I came back to play with Placebo, last time we got together, they’d noticed a big change in my personality at how I looked at stuff, like I’d grown up a bit. Brian was like ‘Wow, well done’. I’m so happy to do it – I’m ecstatic, I’m so pleased. It’s nice to be able to do both.”

S] And thematically, what inspires you – talk to us about ‘One Drink’ for example?

SF] “I like to write stories, and a lot of times they’re about my own personal experiences and conversations. Our songs are very blunt and honest. I wrote that one when I was drinking, and I thought: ‘What if I came home and my girlfriend has had enough of my sh**’?’ It’s really whatever’s in my mind at the time; if something’s been bothering me – that’s how I write the best songs; when I sit down and try to make up a story, it always sounds lame, that’s the stuff I throw out.”

S] Is there a song on the EP which perfectly defines where Planes are at as musicians?

SF] “I think the last track, ‘Moving On’ – it’s self-explanatory, having different frustrations with people who you work with; it’s about going out and doing something for you, exactly what you want, who you want to be and saying: ‘I’ve got this, this is my world’.  I like getting my hands dirty, and with Planes, it’s me trying to make my stamp before my body gives way.”

S] What are the biggest challenges for you as part of Planes?

SF] “One of the main pressures is keeping morale. Everyone in the band has different jobs, and I think the hardest thing is trying to keep everybody high. We’ll get together and it can be tough, and they are looking at me as the example, so I need to keep my composure and handle everything in a professional and easy way. Writing music and talking to people in the industry is just part of the job, but the biggest pressure of this is keeping the band together and keeping them happy until it clicks. I’ve two choices – I either do this or I don’t. I don’t want to replace band members; I’m not in the mood for that sh**. I’ve come from bands who have broken up and, I’ve come in as a new member of a band. I need this to work.” 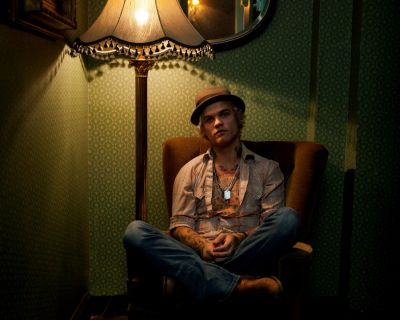 S] Was it difficult to come from the safety net of the drum kit to pour your heart and soul out in front of the stage?

SF] “It seriously was scary. The worst thing was getting used to interacting with the crowd and being a frontman. I can sing and play guitar all day, but being a frontman, that’s a skill in its own – it’s tough. But, I’m getting the hang of it now and I like to have a bit of fun with it. What finally clicked was that I just remembered, ‘It’s like drums, so just sit back and let everything roll out at once’ – it’s the same kind of concept. You can be a different person, whoever you want. Once I got comfortable with that, it sounded more natural on stage.”

S] Apart from Planes, what are you getting up at present?

SF] “If I’m not working on music with the band or at home, I’ll go to the gym; or I’ll go and meet people, or I’ll go to the tattoo shop. It’s about finding something to do, and that’s why I get pent up sometimes. I just start feeling that I have to match the efficiency of those around me who are doing a 9-to-5. I just want to be the best musician I can possibly be, I want to do as much with music as I possibly can and bring class back to music – it’s so bastardised nowadays because it’s so easy to make records. I just want to do great music for great reasons for great people. I don’t care if I’m the next f**king Dave Grohl, I just want to turn a few heads.”

S] Are you working on any collaborations with fellow Riverman artists?

SF] “That’s what I’m trying to. I’m trying to get Evaline [Steve’s former band – ed] on tour, and another band called Officers. It’ll save the manager money, we can share everything and they’re all wicked guys to be around. I don’t mean that we will be doing anything fancy, just getting out there and doing some club dates. I’m very much of the attitude: ‘We’ve got to start making moves, I don’t have much time before I’ve got to get back with Placebo so let’s make this happen now’. Placebo always comes first – they’re my best mates, they’re the reason I am here, and above all, I’m a drummer. At the same time, I really love doing lots of different stuff; singing, playing a guitar. Though, I couldn’t go along and not be able to play drums, I’d go absolutely mental.”

S] You’ve performed a handful of charity gigs recently. How important is doing them for you?

SF] “We’ve always liked doing charity gigs. They are the best things. We’re playing for a good cause and you learn about what’s going on in the world. I’m a sensitive ‘cat’ and I get touched by things like that.”

S] What would you say is the recipe for the Planes sound?

SF] “To be honest, it’s a lot of blues. I get a lot of inspiration from The Black Keys, Alex Turner, Arcade Fire, Death Cab For Cutie, We Were Promised Jetpacks, My Latest Novel and Kings Of Leon. When I listen to those guys, I get a lot of ideas.”

S] As an artist, what influences you?

SF] “When I paint, I think about something really random. Like today, I’m painting an elephant’s head that has four eyes instead of two, and he’s going to have spectacles on and he’s going to be smoking a pipe, and he’s got a little hat. I didn’t think why, I just thought, ‘What a silly concept’ and it started from there! With the songs, I put thought and feeling in; the painting, that’s just fun. That’s when I can take down the walls of my brain and let it be as random as it wants, I just paint whatever I see, as f**ked-up as it might be, or the symbolism might be. It doesn’t always turn out cool, but if I want to hang it on the wall in my music room, I will!”

S] Are you looking forward to getting back with Placebo?

SF] “I can’t wait ’till we get back together, I don’t know when that will be. I think everyone’s really happy doing their own thing; I would like a bit of extra time to see this Planes thing through, ‘cos that would be the worst thing; to get lots of momentum, jump out and it all dies. but I know that we’re looking forward to playing together again. I guarantee the next [Placebo] record will be great, with all of us expanding through our own things. When we come back together to make the next record, it’ll be so much fun.”

S] Finally, have you started your Christmas shopping yet, and what are you thinking of getting Brian and Stefan?

SF] “Being from California, we don’t start shopping until December 1. I’ve been thinking about it. I’m thinking about getting them something funny this year, maybe some pillow cases with my face on them!”

You can check out more information on Planes on their Facebook band page.

Watch the video for ‘Grinding Teeth’ now on Vimeo.