Songdew Spotlight: Play It By Ear

Play It By Ear are an acoustic duo; Martin (Vocals, Rhythm Guitar, Drums) and Sam (Lead Guitar, Bass, Backing Vocals).Their catchy, fun to play and sing songs are all based around original lyrics set to great pop melodies. After meeting in college and years playing in the same and different bands later, they finally decided to put all the songs they’d written over the years into a real violon d’Ingres (an intense hobby gone professional). Check them out on http://www.songdew.com/playitbyeartheband! 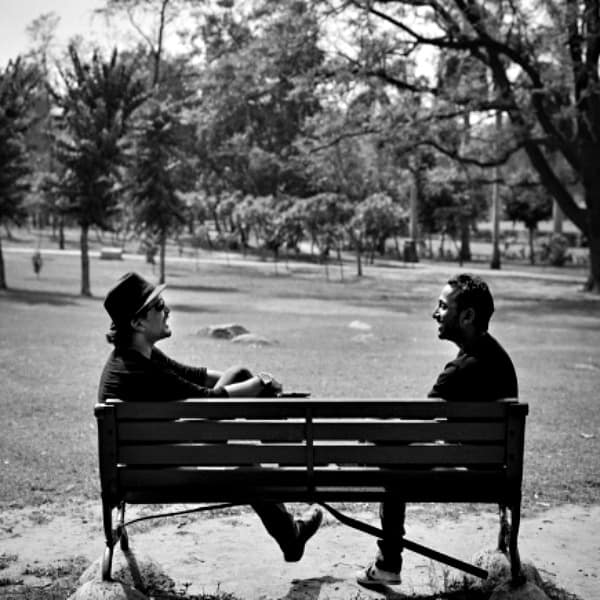 What, or who are your great musical inspirations?

“As an acoustic duo, our greatest inspirations are Simon and Garfunkel and Dave Matthews and Tim Reynolds. As a band, Phish, O.A.R, R.E.M, Ben Harper, John Denver, Snow Patrol, Jack Johnson, Newton Faulkner, Mumford and Sons, and, of course, the Beatles.”

What kinds of themes and ideas can inspire your songs?

“The major themes our songs encapsulate are women and relationships, chasing and being chased, the good and bad of our collective social existence. But we’ve also written songs that are about coming to grips with loss, addiction, and death. We’ve also written songs about our own idiosyncrasies, the little things that make up a personality.”

What song that you are working on right now best defines your sound, and why?

“It’s difficult to pinpoint a particular song, but the newest song we’re working on is called Everyone, and it’s about life and everything around you, about defining expectations that you have and how that relates to other people, who can be total chameleons, so to speak. We’ve also just completed another song called Waiting on the Sky, which is about dealing with the loss of those you loved dearly.”

Do you have any message for the UK Audience?

“Yes! We’re excited that you’ll get to hear us and listen to our music, and hopefully one day soon we’ll be coming to the U.K to perform! There’s nothing we’re looking forward to more.”

What can people expect from your live shows?

“Our live sound is summarised in our name; every audience is different and hence so is every show. An audience can expect our own songs, of course, with a popular medley or two thrown in. There’s been lots of dancing and clapping along at our shows, and we’ll keep that high energy feel going into next year.”

What are some of your biggest challenges right now?

“I think our biggest challenge, if it can be considered that, is spreading awareness of our music, both in India and abroad.. We think our music is good enough to be popular, and hopefully others will as well.”

“Music, music, and more music! We’ve both quit our jobs to take up music full time for the next year, and we intend to approach that all guns blazing, by touring as much as possible.”