Rasputina haven’t been mentioned in these ‘ere parts for a while. Having taken the international alternative music scene for a weird and wonderful ride throughout the nineties and early noughties with a unique brand of sweet classical-alt-cello-rock, the project’s mastermind Melora Creager has been working hard producing material over the last few years keeping her creativity bubbling away and maintaining the band’s cult status within the worldwide alternative underground. Now though, just after the release of latest record, ‘Sister Kinderhook‘ we thought it’d be a good time to catch up with Melora and bring her out into the limelight again for a chat about what’s been going on… 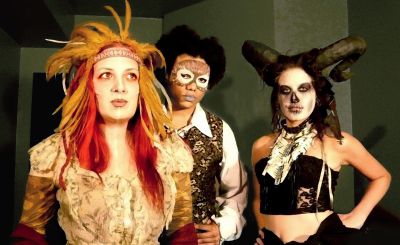 “I work hard in life to grow and progress”

S] How does the new album, ‘Sister Kinderhook’ present a progression in Rasputina’s sound and influences?

M] It’s come kind of full-circle. My first record was influenced by my classical exercise books, then I went on a rock n’roll tangent for 10 years or so. In all this time, I’ve learned how to record cello sounds really well. The subject matter is the same, and the same as songs I wrote when I was a really little kid. With ‘Sister Kinderhook‘, I just made what I wanted to hear, but that’s what I always do as well. I think I’ve grown naturally as an artist over time, and I’ve managed to express myself cohesively on this one.

S] How has your opinion about making music and your place within it changed and developed over the last few years particularly?

M] I moved out of NYC almost five years ago, so I am very removed from the music business. I think Rasputina has been stereotyped as gothic gimmickry. I’ve been holed up here in the country, touring less and making smaller releases – whatever inspires me – hand-collaged covers in an edition of 50 live recordings in different settings. I can’t be thinking about what’s popular or ‘how things are done’.

S] How are you enjoying being back on the road in the States?

M] So far so good, since the tour hasn’t started yet! I look forward to it though.

S] What would you most enjoy about coming over to the UK to perform?

M] Broadening our familiarity and proving that I’m no xenophobic, yo.

S] What has been the biggest challenge that you had to overcome making this latest record?

M] It all came out pretty pleasantly. I think I’ve already worked through things like how to communicate with other people, acknowledging my mad recording skills, and not expecting any particular public reaction. Daniel, Catie and mixer Brian Kehew all had a lot of enthusiasm – they weren’t jaded. I work hard in life to grow and progress and I think those efforts came together for this recording. 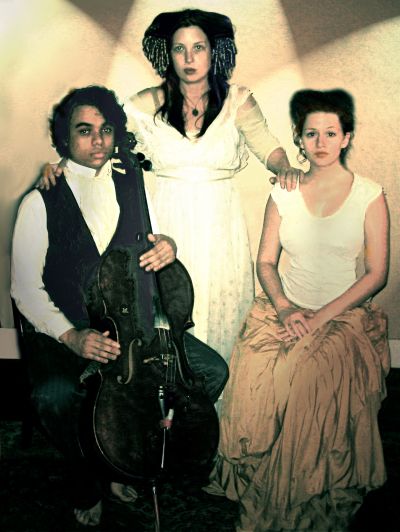 S] How do you write – do you have a specific place that you go to for inspiration?

M] Generally, I write lots of instrumental music and lots of text. I stick them together later. Who goes with who? It’s exciting to fit the puzzle together. I don’t go to a certain physical place, but I need a certain atmosphere. Women’s work from long ago inspires me – like embroidery samplers, needle pictures. Textiles, textures and Persian rugs and feathers, antique photographs and slate chalkboards. I like to have these things all around me while I’m working.

S] You have dabbled with many different musical styles from classical to rock via industrial over the years, which period of experimentation did you find the most challenging and interesting?

M] I used to be really into analysing rock. I wanted to figure it out. The simplicity of it is very difficult – paring things down to make them heavy. I’ve found that I don’t need a distortion pedal to be heavy though. It can come from the writing.

S] What are your biggest personal inspirations at present?

S] What do you most enjoy about the art of live performance in contrast to the recording process?

M] Live performance is such a rush, like going into battle. I want to win! Recording is kind of like making a movie. The actual action doesn’t take much time. You do something over and over in bits and pieces. I prefer recording though. It’s less scary and more internal. I have to force myself to perform.

S] Which song within the Rasputina catalogue do you think best defines the state of the band (and the music) now?

S] With the emergence of the steampunk tag and genre, how do you feel about being associated with it?

S] Your random question – if you could listen to the most recent album with anyone over dinner, who would you pick and what would you feed them?

S] What are your biggest goals musically for the rest of this year?

M] To rock the house and get really tight on our tour. And to get some respect!