Here’s our latest Reverbnation spotlight on Aberdeen rock outfit SilverBySkyline. We chat to frontman Scotty Davison about his band’s inspirations and plans for the new year. 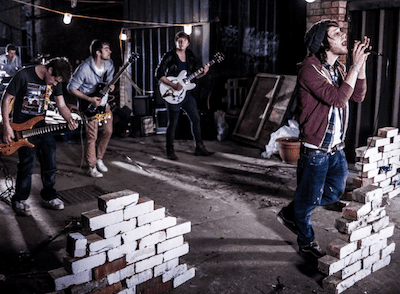 SD] “As a band, I really don’t think that our music should work! When we first got together and began listing to our favourite bands, the list was so massive, and the genres so diffuse, I honestly thought that there’d be no way our music could sound any better (or less annoying) than that Go Compare opera guy. Thankfully, when we stopped thinking about it and just started playing the result was a bit of a relief!

We have been told lately that we sound similar to Taking Back Sunday, which is a massive compliment as they’re one of the bands that I grew up listening to and whose posters were plastered all over my walls. Other bands we’ve been told we’re similar to are Deaf Havana and Framing Hanley.

Other than musically, I think we can all agree that one of the biggest things that has inspired us to keep doing what we’re doing is a Facebook comment we got a few months ago that read: ‘Hi guys, I’m currently coming to the end of a deployment in Afghan, I randomly came across your EP when on R and R and its all I listen to when I’m in the gym, seriously it has kept me going at times. Was wondering if u where planning on playing down south at soon? As I would like to see you play live.’ Anyway keep it up.’ Knowing that our songs can mean so much to even just one person is more than we ever hoped to accomplish as a band.”

SD] “As much of a cliché as it is, most of our songs are inspired by our life experiences – whether about moving on from the girl you never thought you’d get over, or feeling detached from reality – these songs stem from things we’ve thought, felt and lived. Lately, we’ve tried to mix things up a bit by writing songs based upon characters we’ve made up and stories based on situations and scenarios that they find themselves in. Writing in this way is really helping us to expand the subject matter of our songs and to explore things that we might not have otherwise had the opportunity to!”

SD] “That’s a good question! Right now we’re working on about seven or eight new songs, although the one that I feel best defines our sound is the song we recently finished and have just shot our debut music video for, ‘The Only Reason I Hang On Your Every Word Is Because The Fall From Your Pedestal Would Probably Kill Me’ – or, ‘The Only Reason’ for short!). This song epitomises, musically, how far we’ve come as a band. Combining powerfully emotive vocals with dangerously catchy instrumentals, this is a song that we’re particularly proud of!”

SD] “Yes – give us a listen – or else there’ll be some bloody trouble! We love speaking to fans, so add us on Facebook and get chatting! Especially if you would like to see us at any venues near you, just let us know and we’ll 100 per cent go out our way to try and get something organised!” 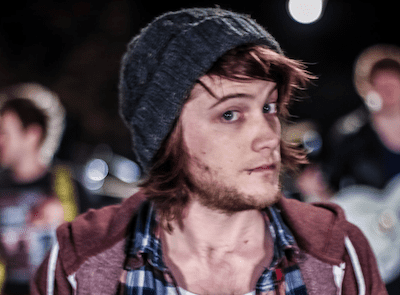 SD] “There are three things are a certainty when you come to our gigs: Fraser [bass] will dance like Will in ‘The Inbetweeners’ movie. You will hear the best Arnold Schwarzenegger impression of your life and our live performance will be just as tight as any recording of us that you will ever hear!”

SD] “By far, the biggest challenge we face day-to-day as a band is getting our music out there into the ears of the public! Honestly, the things that we thought would have been more difficult – writing good songs, designing merch, making music videos and stuff have all come in our stride, but getting people to take a chance on new music and give you a listen is a lot harder than you’d think! That being said, there is nothing more rewarding, as a band, than when someone comes up to you after a gig saying how much they enjoyed your set or that they’ll drag all their friends to your next show.”

SD] “We accomplished everything we wanted to in 2012 – we wrote and recorded our debut EP ‘Goodbye Olympus’, we played a lot of gigs with some great bands, Fraser learned to tie his shoe laces properly, and we shot our first ever music video! This leaves us one main aim in 2012…to tour, tour, tour! We’re going to get in contact with every venue we can and try to get gigs all over the UK. After that we’ll hopefully fire back into the studio to record all these songs we’ve written for our second EP. Wish us luck!”