In 2003, UK industrial rockers Sulpher were hailed as the genre’s new hope and had just released their debut record, ‘Spray‘ to much acclaim and as a result they secured national tours with the some of the scene’s biggest and best. Following label disputes and personal issues, the band dropped from the alt-music radar and vocalist Rob Holliday went on tour tour with Marilyn Manson and The Prodigy while the other members began their own businesses still rooted within the industry. Now, in 2010 we chat to Rob about what happened as the band shutdown and the factors that prompted Sulpher‘s return seven-years-later. 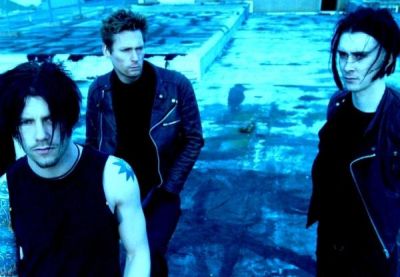 “We will always be lost in our own little world”

S] Hey Rob, how goes things at Sulpher HQ? What have you and Monti been up to since the last time we saw you?

RH] It’s been a pretty crazy, chaotic few years to be honest. We’ve all had a lot of family things happen in the past three or four years, some good, some bad, some very sad and some very joyful. Mud [Tim Muddiman, Sulpher’s bassist] has his own music business on the go and he’s been doing shows with Gary Numan for a while now to keep busy. I’ve been away, pretty close to non-stop, on tour for the past five or six years with Marilyn Manson and then back to The Prodigy. It’s been pretty gruelling to be honest; it’s hard on the body and the mind being out on the road constantly. I’m not complaining ‘cos I do love it for the most part, it’s all I’ve ever done so there’s not much else for me really in this world, just my family, my friends and music. I had a very serious loss two-years-ago that really messed me up for a long long time. I went to a pretty dark place and just didn’t want to be around anybody at all, but on a happier note, Monti has become a dad. Holy s**t! Now that’s scary but he’s handling it perfectly.

S] It appeared that Sulpher were on top of the world; features in Kerrang!, glowing reviews, awesome supports with Front 242 , Marilyn Manson and then… nothing. You just seemed to disappear suddenly. What gives?

RH] Yeah exactly. I’m going to be brutally honest with you here. The fact of the matter is that we were on a small UK label that was run by a total moron who cared not for his bands, but only for himself. I couldn’t actually believe that someone had the nerve to do this to people who had put their trust in him and his company, taking the pi** out of us after we worked our asses off to get where we were. How dare he f*** with me and our music and my closest friends? We’d played his little business, public schoolboy game for long enough. We met all our parts of the bargain but I’m afraid he was very short on all of his. Our relationship with that label ended once we realised what he was. He represented everything that I despise about the music industry and it’s just a shame that we put our confidence in this person. I guess you live and you learn, these types of people destroy the heart and soul of music and artists ‘cos they have no soul or heart or any actual interest in music or the art of creation. They just care about the cash, themselves and nothing else. It’s pretty sad really.

We were also on a small German label, Dependent Records, for Europe, who didn’t have a lot of money. They had a lot of heart but not a lot of cash, so you’re pretty limited with how far you can take something without a lot of financial backing. I guess it served its purpose for that record but when we began talks about a new record the label wanted us to record and let them hear all the songs before getting behind it. What the f*** kind of support and confidence in the band is that? How the hell are we supposed to just go off and finance the recording of an album without any backing from the label at all? That was a strange way of showing us any type of support, and to me it was really no support at all, it was disappointing. No thanks. If we’re going do that then we’re going to do it all our way, just like we did the first one, with no bulls***, Then, when we’re ready with this record, we will then decide who we want to represent the band and put the record out, and that’s pretty much where we are right now. 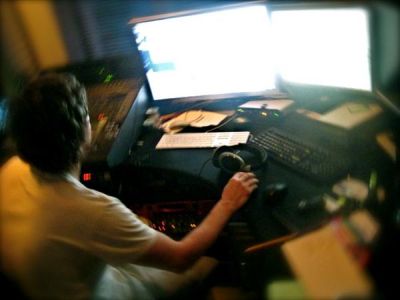 S] You mentioned your new material is quite different to the ‘Spray’ sound, how so and what do you attribute this change in direction to?

RH] I always said that we were going to be, and wanted to be, very chameleon-like with our music. If we felt like maybe going off in different directions then we would, whatever the mood that took us at the time. In some respects I think we’ve all grown up a lot. It’s been quite a few years and we’ve all changed, we’ve all learned a lot. It’s meant that the music has changed and seems really fresh and alive. It’s far more melodic and I’m actually singing this time round, which was something I was pretty adamant about not doing ever, but it’s something that just happened naturally and it fits with the music and I’m happy with how it’s turning out.

S] How close is the new album to being finished?

RH] We’ve probably gone through around 20 songs but, you know, some don’t really work out and you can see it right away then others you kind of work on over different periods and go away from and then come back to at a later date. They either start to work or they don’t. If not then you’ve got to get rid and move on. We did tend to get bogged down with ideas previously and wasted a lot of time trying to make something work that wasn’t going to. Better to just move onto something else and then other cool ideas will come from starting fresh. It’s a lot like a relationship, I guess. If it’s obvious that there’s a problem and it can’t be resolved, or it’s just not moving forward and working, then you need to move on.

S] How has it been working together after the prolonged hiatus?

RH] You know what? It’s been great. It was almost two years since I had even hung out with Monti. Like I said, we all had different things going on, and that combined with feeling disillusioned with the music business completely, it just wasn’t a good period for us to be working together as we were kind of taking all the bad stuff out on each other and there was some major frustration. We met up a little while ago for dinner in London and just talked. Then we got together and it just seemed really fresh. A few of the songs that were hanging around from before have been refreshed, revamped and updated and sound great, and then there’s the most recent ones that I think are fantastic. I’ve been listening over one or two in particular and I’m listening as if it’s not even us, as if it’s a band that I’m a fan of, which is pretty weird. Usually, I’m too critical and hate listening to our stuff ‘cos I just end up picking it, and myself, to pieces

S] What do you hope to achieve with the new album?

RH] We don’t really consider anything other than making the best record we can and writing the best songs we can. If that’s classified as an achievement then that’s all I want with our music. I’ve never been in it for the money. If I had been then I would have quit about 20-years-ago. It’s all about what we love to do; it’s about doing all we know how to do. With Sulpher there has never been a plan b, music is our life, and for anyone, if you make money at it then you’re lucky, and I feel extremely fortunate to have played and worked with some great bands and artists. Obviously at the end of the day you have to pay the bills, but what it all boils down to is the love of the music, being creative and being proud of what you create. 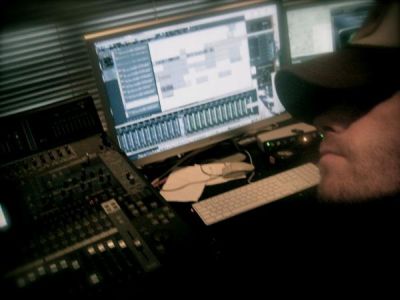 S] Were you surprised at the acclaim that Sulpher generated originally?

RH] We didn’t really think about it and we just did what we did, played how we played, wrote what we wrote and did pretty well with exactly what we wanted to do and we were and still are and always will be I guess, lost in our own little

S] What effect do you think this prolonged absence will have on the band? Do you think the punters and the press will remember who you are?

RH] Again, we haven’t thought too much about all that, it’s just not something that even crosses my mind. If we’re happy with the final product and people like it then great and we’ll take it from there.

S] Apart from you guys, who else is in the band? Are there any plans to play live?

RH] Mud is still in the band, myself and Monti have been in the studio as always. Yeah we’re going to do this live, that’s what you aim for really. I’m already hearing it in a live arena and I think its going to work out really well. We will be adding a fourth guy, once again, to the live line-up so we’re on the look out for someone who fits the bill at the moment.

RH] We want to thank everyone who’s supported us and stuck by us, it is very much appreciated. It will be worth the wait.