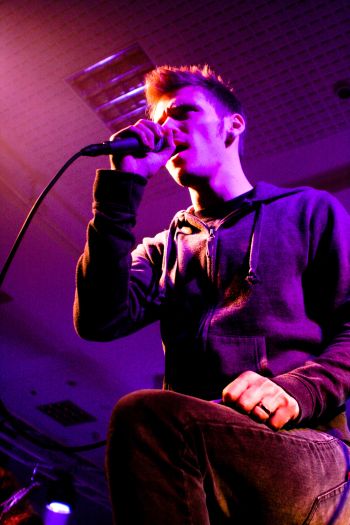 “The melodies have been bleeding out of us”

S] You are currently in the studio recording a new album, will there be a constant theme?

JM] We’ve never really thought of a theme to be honest. [laughs] The one thing we did come across was scale.The idea of the very small and the very big being very similar.

S] Can you explain the ideas and inspiration behind your new track ‘Lament’?

AW] Musically or lyrically? I think we will hand you over to Dan…It’s a dark subject, its basically lyrically it’s a song about trying to understand.

DT] Basically I know quite a few people who have suffered from quite serious illnesses and I’m trying to put myself in their shoes – what kind of feelings they would be going through? It’s just a really heavy song about trying to understand how people feel when they are suffering. First hand experiences when meeting these types of people. So it’s my take on how I would be feeling if I were in that situation, having no idea how I feel when I felt it. Lyrically thats what it’s about. Musically it’s just screams.

S] What gets written first?

AW] It’s always the music first to be fair, then the lyrics afterwards, so it all comes together at the end.

S] Dan, how has it been working with the band so far – has there been a specific moment prior to today where you have been like, ‘Wow, everything fits’? 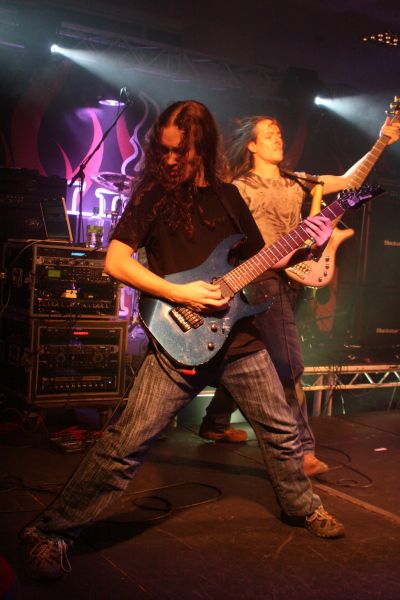 DT] More-or-less from the word go it all came together. From the first time we got together or sent over a track for me to lay down some vocals to. Straight away the ideas were there from listening to the music and thats a really good sign, where as with previous projects, the material hasn’t always been completely my own. So to sit down and write my own ideas to some amazing music, it’s just been a really positive experience and it’s been surprisingly quite easy to look to the future and write new material. Again, it’s the best material I have ever written, it sounds cheesy but you would be surprised.

It’s safe to say but I mean we didn’t know what to expect or what we could hope for and literally from the first twenty second clip that we had back we were like, “Woah, this is gonna work”. Even with songs that we thought aren’t melodic, things have changed. Those things like the older songs that were more straight forward than the new ones to more simple songs. The meledies have just been bleeding out it’s been amazing. It’s a whole new dimension that’s been added to the band that has just given us a really big injection of energy. It’s made the possibilities for the future so much more vast. The sound has just got that extra dimension that we didn’t have before.

S] What is the important aspect of your live experience that you want people to know about?

AW] Density. Again, there are levels in the music. We use quite a lot of instruments. There are layers and layers of sounds that you’re not going to hear with different bands. The dynamics as well, it’s all very well hitting everything at eleven but that soon turns into nothing after a minute so we try as often as possible to give contrast. We want to give dynamics because that will make every experience that much bigger by making the scale of what we perform live have a far bigger range. We are going to be able to make those hard-hitting moments hit really hard, then contrast that with the much softer moment. It’s not all just going to be like, ‘aaaaargh dududududud’ – we are not a metal band, we try to intersplice a load of melodies, again by contrasting not just dynamics but by contrasting orchestration and melody and  the heavy stuff, it makes them that much richer and that much more intense as a result.

S] So, a bit like a Porcupine Tree’s style?

JM] Yeah, well they probably won’t go as far as we’d go in terms of layers. I suppose it’s because they are English as well.

S] There are lots of southern dates schedules at the minute when are you coming up North?

AW] [laughs] Do you know what it is? It’s another logistics problem. At the moment we have to do things closer to us because it costs a lot to get the band anywhere. People may say, “What do you mean you won’t put the band a hundred miles North”, or so but we will get there soon, it’s just those steps. We will be there very soon it’s just at the moment we are trying to focus on recording so we are doing things that are quite close to us because it’s easier. A lot of us are working around jobs as well.

JM] Yeah, we are not full time yet. It takes a long time to go to Birmingham.

DT] It takes a Saturday.

AW] We are probably going to be doing a twenty-day tour to support the album release so that will be more up North in places such as Scotland and Ireland. We are going to Europe next year as well, Asymmetry Festival in Poland. We have even been in talks to go to India. So yeah that will be fantastic. We will be going much further than just “up north”. 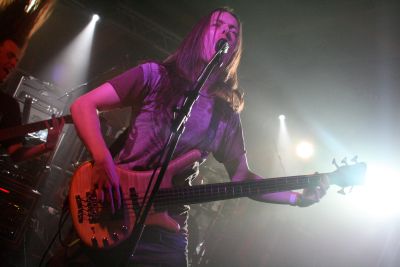 S] Random question. Obviously the new album is in the early stages but if you could have a special cd release dinner in celebration of it’s release and you could invite anyone, who would you pick and why?

DT] I’ve got no idea she was the first person that came in to my head. [laughs]

JP] Why were you thinking of Barbara Windsor?

DT] I’m gonna stick with it for no reason.

AK] Cheryl Cole [moans and laughs] she is such a good singer.

JP] Rolf Harris! Can I change my answer to Rolf Harris? That’s so much better.

JM] Ok me and Jay will share Rolf Harris.

JP] [laughs] He can lay down some phat beats.

AW] Does anybody know what ‘Tie Me Kangaroo Down Sport‘ is about? It’s fu**ing dodgy. It’s about tying this person down, you know, and having some sport with them. [laughs]

JP] Yeah it’s beastiality isn’t it? Tie the kangaroo down and do what you will with it…Things that go on in the outback eh? Down under.

S] You have been posting some videos from inside the studio – has there been a particularly fun or stressful moment so far?

AW] It’s been brilliant. It’s taking a while, that’s the only stressful element but we are not doing this all the time. We are doing it as and when it stretches over a long period of time, so you loose perspective of things and that makes you quite stressful because you think it’s not good when in fact it is still brilliant. Sorry, that sounded really big headed. [laughs] It’s the fact that you keep yourself going and you can pull yourself away from it for a while. We have been in some wonderful places to record. We have had so much fun.

AW] The release and touring it. We will be a lot more busy as a band and we’ll be out on the road a lot more. I think that’s what next year will be about. Ourselves just getting out there and promoting and seeing what happens. We’ve got a couple more months of finding a couple of songs. Just mixing and mastering at the minute. Getting it done this year and touring all next year.

It will be exctiting to see what people think of the album, they have only heard little snippets here and there. The album originally was an EP called ‘Conceiling Fate‘ which was just over 27-minutes long. That’s still on the album as one piece of music and people really havn’t heard anything more than part one which was released as a demo. We love that, it’s like our baby, our masterpiece. So although there are single songs, it’s going to be really interesting to see how that goes down because it’s almost like a concept album. I’m not going to put it in the same league, but it’s like Pink Floyd, a mini ‘Dark Side Of The Moon‘. We can’t wait to go on stage aned play that in it’s entirity. It’s going to be fantastic. We are very proud of it.

Watch a TesseracT live clip from Hellfire below: