The Gothsicles mix a love for Nintendo, a bucket-load of wit and a passion for Industrial sounds to create as you might expect, a pretty unique fusion of all three things. The Chicago-based unit are very differentand we are proud to welcome them into the SPHERE. We spoke briefly to the band’s vocalist DarkNes about new material, going to Infest and of course, playing video games. 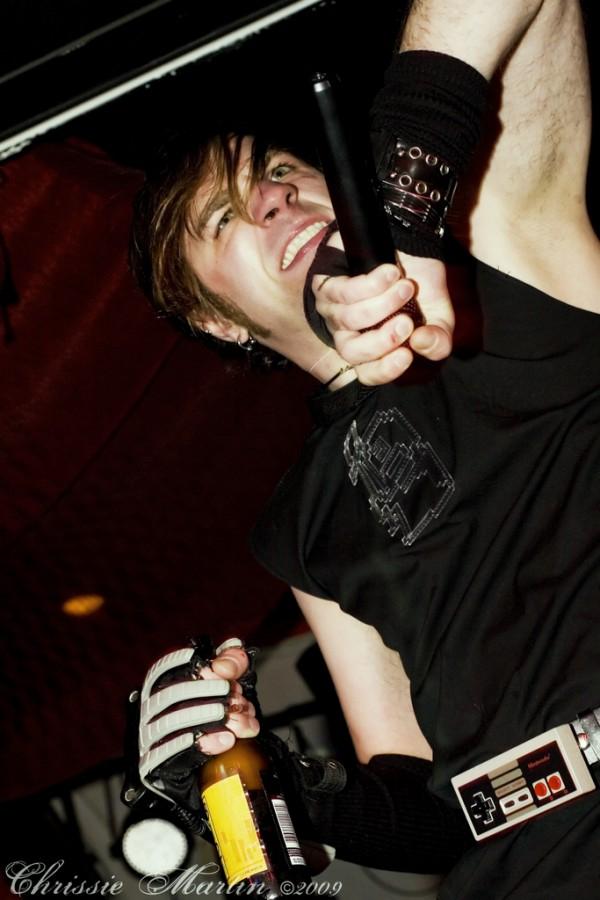 S] So, what was the best thing about playing Infest (RIP) in the UK?

DNes] The best thing? Shit, man. This question is kind of like giving a shot of espresso to a four year old and then asking them what they want for Christmas. I could seriously go on for hours, and I have previously, when talking about that weekend. Even given a seriously professional set-up, an equally professional and courteous crew, awesome vendors, awesome food, and a weekend of getting to play with some of my favourite bands ever, even given that – I’m going to have to say, it was the fans and people we met. That was the number one thing I loved about being over there. It was a time of amazing cameraderie.

S] What are you most looking forward to about a return to the UK?

DNes] Besides all the new friends, amazing scenery, delicious-ass eats [Ed’s note – food], a conversion rate that doesn’t suck dogballs anymore, bars that are older than the U.S, cool clubs, and a country full of good looking people, yikes, not a whole lot…. HolyshitIwannagobacksobad!

S] Where do you spend most of the time writing your material?

S] How are you feeling about the release of ‘Sega Lugosi’s Dead?’

DNes] We just finished up a completely gangbusters US tour with Prometheus Burning and Caustic where the internet access was sporadic so I am sorry I couldn’t get back to you sooner. But yeah, it’s out now on WTII Records, which is awesome for me ’cause I always really liked that label. The goal with ‘Sega Lugosi’s Dead’ was to evolve the sound as much as possible whilst still holding on to the whole big stupid music thing. In addition to the requisite hardware and software upgrades, I got a chance to work with Andrew from Iris on the production tip, of whom I’ve always been a big fan, as well as continued input from Dan Clark of The Dark Clan and [email protected], who is an incredible dude. I also got pretty into doing collaborative tracks and big ups to Prometheus Burning and Myspace for their excellent work on those! The remixes on this one (Alter Der Ruine, DEFCON, Izsoloscope, System Syn and Boole) are freakin’ astounding. Suffice it to say, I’m really happy with the way it turned out.

S] If the Gothsicles could soundtrack their own game, but not only that; create one – what would be the concept?

DNes] It would be called ‘THE KEEF BAKER MAKE-OUT PARTY‘ and in the game you’ve got to get to the other end of the room Frogger-style where Keef Baker is on for some hella hot [very hot] make-outs, but Matt from Caustic will try to get in your way and tangle you up in his tremendous beard. The concept for that soundtrack would be totally sweet.

S] You guys have supported some amazing industrial bands and had some great opportunities – have you received any advice or comments that you are proud of?

DNes] I don’t know. We’ve definitely been lucky enough to play with a ton of bands that I would have sawed off a foot back in high school to even talk to, and yeah, totally. it’s definitely hyper-rad to get props from the big guys, but for me it’s like props are props and it means a lot to me no matter who it’s coming from, so I kinda don’t wanna cite one over another as being especially awesome. On second thought, I did get to talk to one of the guys from Portion Control about Contra at the 2007 Infest. That was so cool.

S] ‘One Second Ghost’ is our favourite Gothsicles track – what gaming experience inspired that one?

DNes] ‘One Second Ghost‘ refers to the brief invinicibility a character experiences after taking damage in most platform games. It’s that thing where after being hit, your guy takes on a momentary translucent, some would say “ghostlike”, flicker, and can pass through enemies and whatnot. That concept is so ubiquitous in videogaming that I really felt it deserved to be set to music.

S] You have said previously that you are trying to move away from your Nintendo-styled tunes – many would argue your sound is truly unique – so what prompted this?

DNes] That’s partly due to the whole Nintendo thing becoming some majorly covered ground as of late by other artists, but mostly it’s a 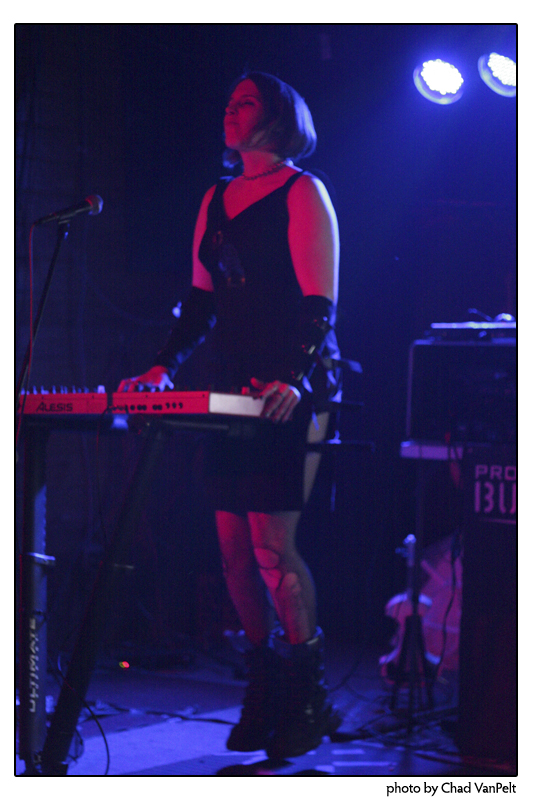 big world out there and there’s a lot to write about, you know?. If you never change up your game a little bit, then stuff just gets stale and that’s no fun for anyone. I don’t really see myself getting over my NES obsession any time soon, however, so that’s definitely going to continue to be a major source of inspiration.

S] Gothsicles – Tell us how will the world end?

DNes] I could definitely see the world’s leaders all getting addicted to the Wii and just letting everything slide.

S] You guys have a very strong visual element when on stage and your presence has been praised numerous times – how will you be expanding your live show this year?

DNes] Hey, thanks. But to the point, special guests, for one. This recent tour had appearances from members of Caustic, Cyanotic, Prometheus Burning, The Dark Clan, Xuberx, Soggy Potato Chips, Dave from WTII Records even volunteered to dress up like The Creature From the Black Lagoon and douse himself on stage.

S] Will you be producing a video for any songs from the new album, any ideas?

DNes] I haven’t decided. Do people still watch music videos? I can never seem to sit through a whole video, so probably one of the shorter tracks on the new album if this happens.

S] You have just released a free remix EP, would you allow fans to remix your material in the future?

S] Finally, what are your opinions on the direction of the music industry and the “pay what you like” scheme championed by the likes of NIN, you don’t seem to be against free downloads?

DNes] I’m totally in favor! I thought those free NIN albums were pretty effin’ stellar. If people can make ass-kicking music and get enough back financially that a free option is feasible, yeah, I’m all for it. As for myself, I now have got a new record label to impress, so unless specifically marked as free, if you could spend a couple bucks [or pounds] on the album instead of working the whole torrent angle, that would just be super.
For more information visit the band’s Myspace and website. 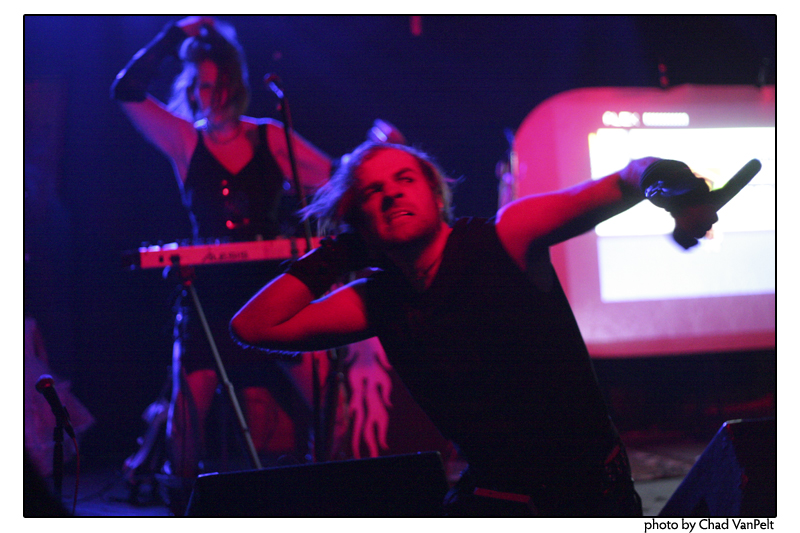