The Ladder are one of Manchester’s finest new Industrial and EBM acts. With an exciting range of influences and ideas that push past expectations, Addz (Vindicare) and Gaz (Marial-K) have created a powerhouse that is bulldozing at great speed through our scene. We recently caught up with Addz to talk about the future. 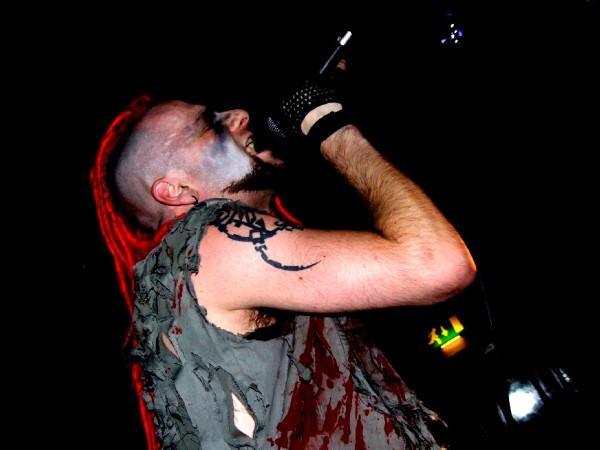 “We try steer away from the stereotypical ideas of love, loss and gloom that are typical within EBM”

S] As you are a relatively new band, I’ll start with some basic questions – who are you, what do you sound like and who are your influences?

A] As it stands, we are a duo comprised of myself, and Gaz (Marial-K). I write all the music, some of the lyrics and the aggressive vocals, while Gaz takes care of the lead vocals and writes the majority of the lyrics. Gaz is also responsible for The Ladders’ barcode and gas mask logo and our promotional artwork.

It’s kind of hard to pin down what we sound like but as a forward thinking musician I’m always trying to push the boundaries and build upon the foundations of the style we operate in. However, if I had to explain what we try and do I’d say we’re trying to fuse together the ambience of EBM with the aggression of Industrial. I’ve even added hints of what I guess could be termed neo-classical which was especially prominent within earlier Ladder tracks. Influences, now that’s a hard one, I guess the artist’s that influenced me to create The Ladder in the first place would be the likes of Hocico, Skinny Puppy, Velvet Acid Christ and Funker Vogt.

S] Coming from Manchester, do you think the northern EBM/Industrial scene has space for The Ladder? And where would you like to be within the scene in a year’s time say?

A] Just take a look on Myspace and other online communities, the amount of EBM and Industrial artists in the North is relatively small in comparison to other alternative styles. Of course there’s space but with festivals such as Dark City being axed and Infest cancelling it’s becoming a struggle to get heard or to find anyone who is willing to put on festivals for there to even be a scene. Within a year if the scene won’t pick up in the UK the logical option would be to try and get The Ladder into the European scene as it’s great over there with so many nights being put on and so many festivals.

S] What makes The Ladder distinct from other similar bands? Is it your sound, your look or your attitude?

A] Well, the biggest distinctive difference from other bands would be our sound, there’s such a medley of styles we throw into the mix. I guess our attitude towards what we write is not so conventional either, we try steer away from the stereotypical ideas of love, loss and gloom that are typical within EBM and the tales of death and gore that a lot of the similar sounding bands choose to write about. Most of our tracks are based around personal experiences and life itself. 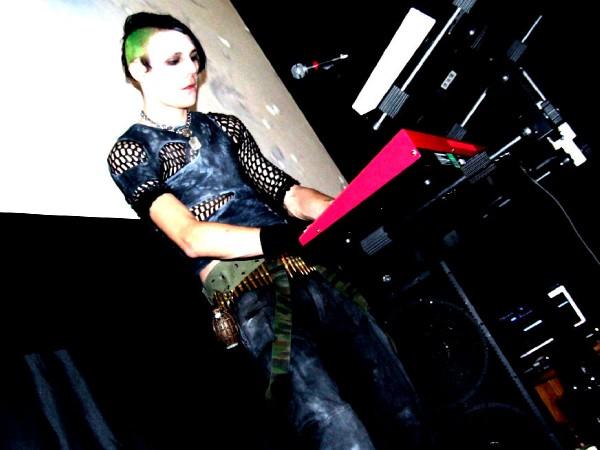 S] You seem to enjoy using interesting visuals in your live sets and your promotions, is it important for you to have both sound and image for the audience? What do you think it adds to the experience?

A] I think it’s very important to back up your music with a bit of showmanship, I’m really not into the common site you may have spotted with other electronic artists, where you see one guy occasionally waving his arm about behind a laptop without an instrument in site. I’ve always aimed for our performance to be a visual and aural experience. Anyone can get onstage with a laptop and press play. The art has always been done by Gaz even before he joined The Ladder. It’s much like the methods used to our produce music, we use keywords, emotions and quotes and then we try to translate them into art.

S] Your set at Mortaled in Leeds, was 45-minutes long, did you just have so much music that you wanted to play for that long or to you believe in giving people value for money?

A] It’s not so much a value for money thing, I just believe that it takes time to warm up a crowd before they get into the performance whether it’s a free gig or not we will always be putting in full effort to represent our music.

S] You took your name from purported experimental drug research in the Vietnam War, do you believe in conspiracy theories? Do they influence your work at all?

A] I’ve always had an interest within conspiracy theories and military experiments, it’s just so interesting to examine the lengths countries will go to in the name of war. I do believe a lot of things are cloaked from public by the powers that be.

S] What are your plans for the future? What about gigs, festivals this summer?

A] Well we’re currently working on new tracks and hoping to produce a full-length album before the year is out and we have a few gig dates set in the UK which we are really pleased about. I really would love to play a festival but there are very few that put on Industrial and EBM acts inside the UK so here’s to hoping that the scene will pick up and new festivals and ways to promote will emerge soon. 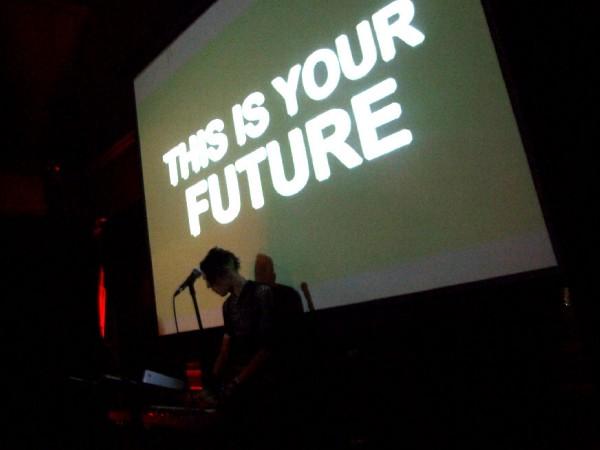 *Thanks to the band for setting this up.